Tim Wonnacott, the much loved television antiques expert and former Chairman of Sotheby’s, has been well positioned in the market place for buying antiques for over a quarter of a century.

Those of you that that love rifling through markets and antiques shops in search of treasures will undoubtedly be familiar with the raconteur and king of the treasure hunt himself. Tim presented on BBCs ‘Bargain Hunt’ for 13 years, featuring in a mammoth 1,300 episodes. Whilst patrolling markets, auctions and antique centres, Tim could feed his own insatiable appetite for collecting. Speaking with Sworders Fine Art Auctioneers, the firm entrusted with selling his collection, he explains “collecting is an infectious drug, one that stays with you all your life”.

During filming for BBCs ‘Bargain Hunt’, Tim would frequently share his personal purchases, with many viewers lapping up his excitement surrounding the discovery. He loved the buzz of the pursuit, wandering for miles and miles around large antique fairs such as Newark and Ardingly. On one of his filming expeditions he wore a pedometer, recording a total distance travelled of 7 miles! “The thrill of finding an item priced at £50 that you knew could go on the sell for £500 was just fantastic” says Tim.

Whilst devoting his working life to researching antiques, he has naturally been spoilt for buying opportunities and has amassed an extraordinary personal collection. In order to make space and enable a house move, he has selected Sworders Fine Art Auctioneers of Stansted Mountfitchet to sell some slices of his eclectic collection. As a man who has undeniably visited more auction houses than any other, the Essex firm is honoured to have been nominated for the task.

The first wave of more than 250 items will be offered for sale in Sworders’ Fine Interiors sale on 4-5 December 2018, with other selected sections appearing in subsequent Sworders auctions in 2019.

Tim describes his method of approach - “firstly it has been really difficult deciding what to sell and what to keep. Space of course is a major consideration and objects with keen family or personal and emotive connections are all in the potential “keep category”. BUT, even then, the choices are far from easy.”

“Secondly, like ones children, one should never show favouritism, even for objects. But some of the pieces which Sworders will offer on the 4th December are so idiosyncratic and “one-off”, that saying goodbye is particularly painful.”

Beautifully crafted and from an early period (late 16th century), the Rheinish carving showing Herod and Salome (estimated for sale at £5,000-7,000) was once in The Welby Collection. “I remain in awe of the quality of the carved detail” says Tim.

“As far as intrigue or a sense of mystery is concerned, the Birmingham 1905 silver and nephrite heart shaped box containing a bean from the Caribbean, swept by the Gulf Stream and deposited on a romantic Scottish beach, so beloved by the discoverer, that he (or she) had a silver box made and engraved to record the event in 1905 takes the biscuit”. The lot is estimated for sale at £300-500. 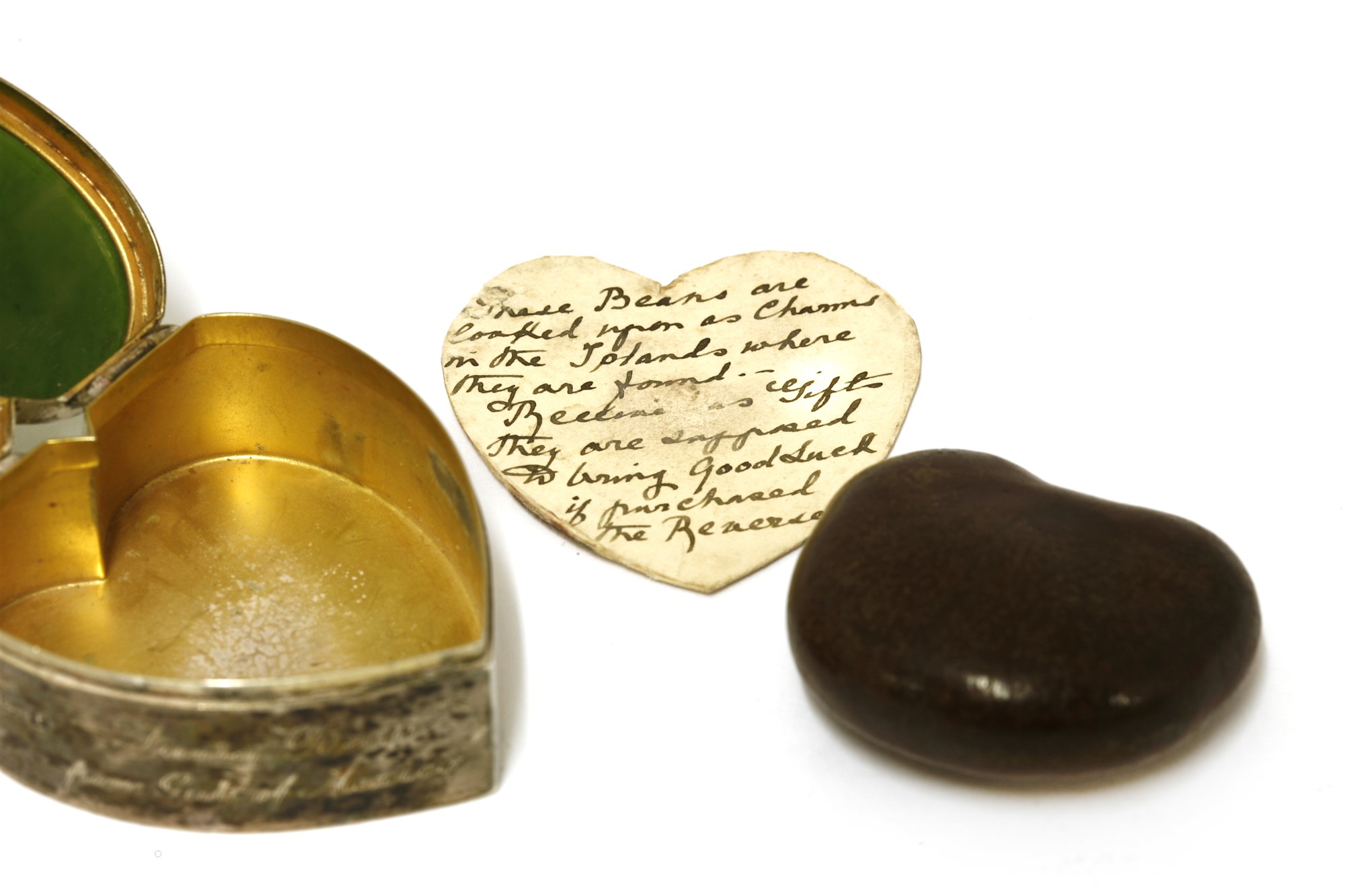 Another of Tim’s curiosities is a solid silver diamond scoop in the form of a dustpan, bought in 1987 from silversmiths Heath and Middleton. “To have so many loose diamonds lying around that you needed such a utensil, is in itself intriguing”. The scoop will be auctioned on the 4th December with an estimate of £150-200. 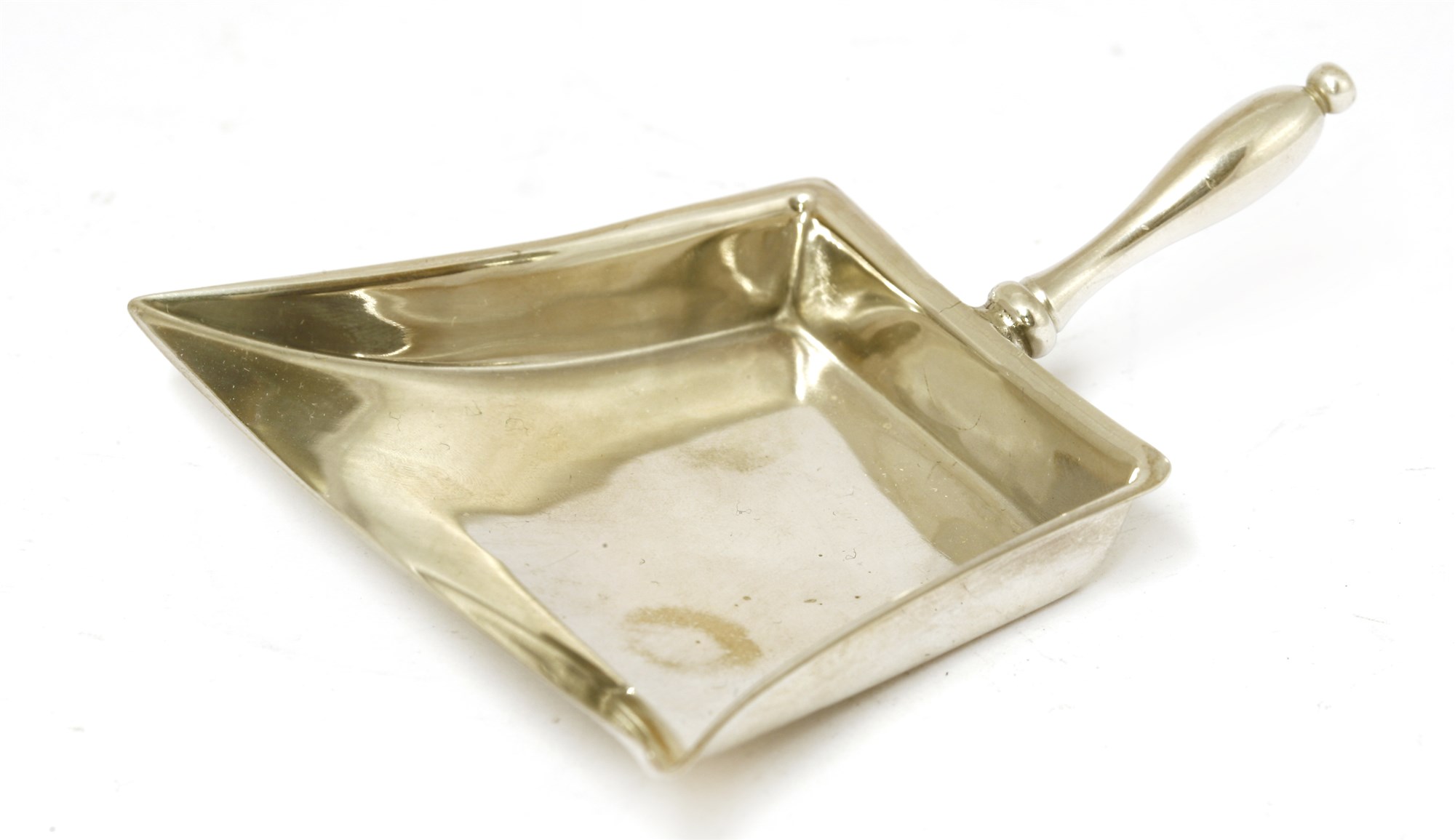 A fully illustrated catalogue will be published later this month and all lots will be available to view from 9am on Friday 30 November at Sworders Fine Art, Cambridge Road, Stansted Mountfitchet, CM24 8GE.

For further information about the sale, please call 01279 817778 or email auctions@sworder.co.uk.