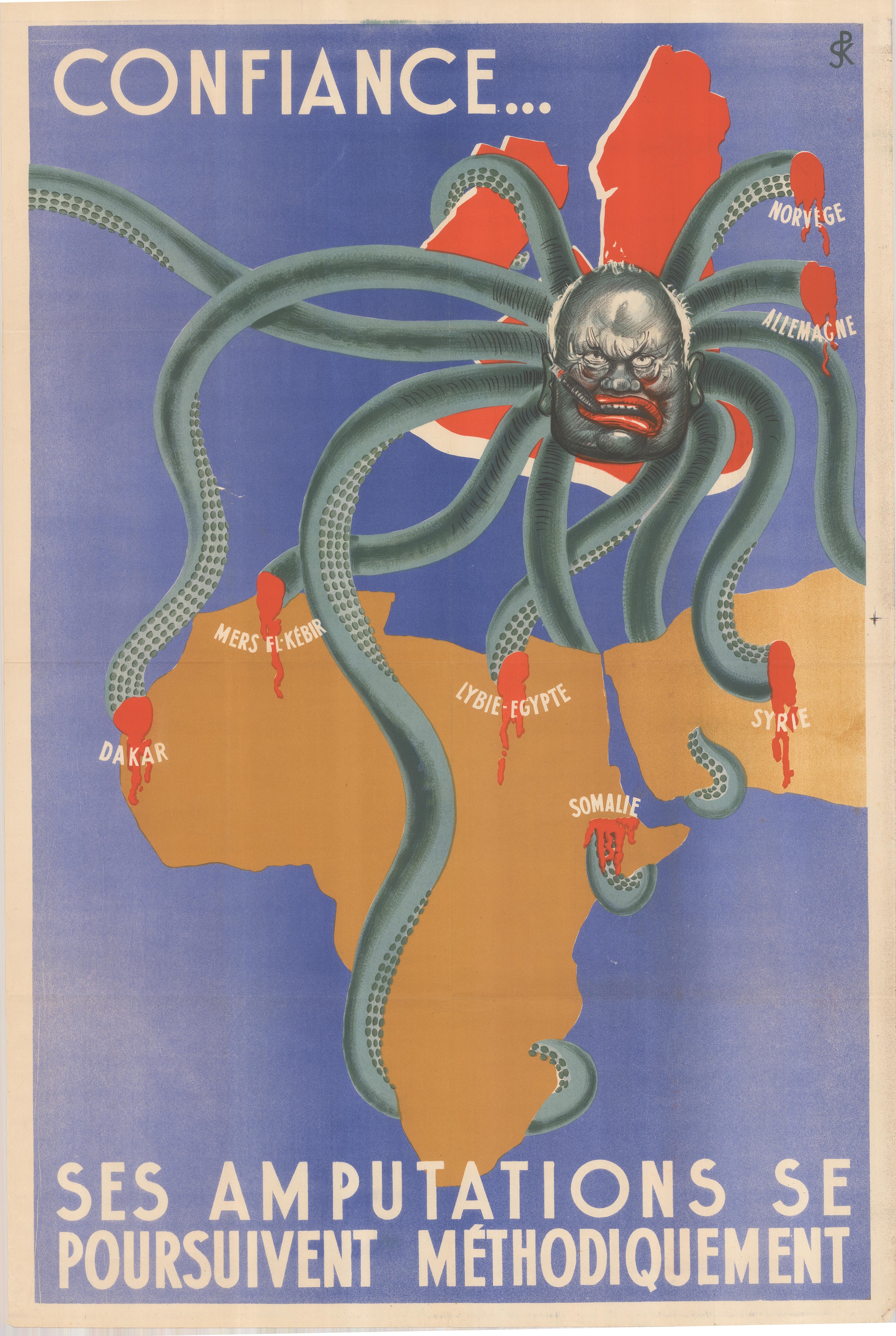 Our Out of the Ordinary sale on 15-16 February includes a chromolithograph propaganda poster published in occupied Paris by the Vichy government in 1942.

Signed with a monogram of the artist ‘SPK’, it depicts Winston Churchill as an octopus with its tentacles representing British military intervention in the Middle East and Africa.

The desire was to spotlight the areas of conflict that existed between Vichy French forces and the British and the Free French. The cutting of these tentacles reflects the thwarting of British actions in Norway, Germany, Syria, Somalia, Libya, Mers el Kebir and Dakar by Axis forces.