A 900-year-old bronze figure of a Buddhist deity smashed all expectations to bring £273,000 at our Asian Art sale on May 13.

The diminutive figure of the four-faced, eight-armed goddess Amoghapasa (wisdom giver) measuring just 8cm high, had come for sale from a private source with modest hopes. The Buddha was found in the bottom of a box of miscellaneous metalware by Sworders Asian Art specialist Yexue Li. The rather ‘shell shocked’ seller has subsequently invited specialists back to their house to look through further items.

The figure made by the cire perdue (lost wax) casting process is thought to date from the 11th or 12th century, made towards the end of the Pala dynasty, which flourished from the 8th-12th century in far north-eastern India. At the time the region bordering Nepal was one of the last strongholds of Buddhism in India and became a centre for the production of Buddhist artefacts for pilgrims. The use of silver and copper inlay suggests this sculpture was an object of particularly special veneration. It sparked an extraordinary bidding battle between the UK trade bidding on the telephone. It is among the highest prices ever paid at auction for a Pala bronze. 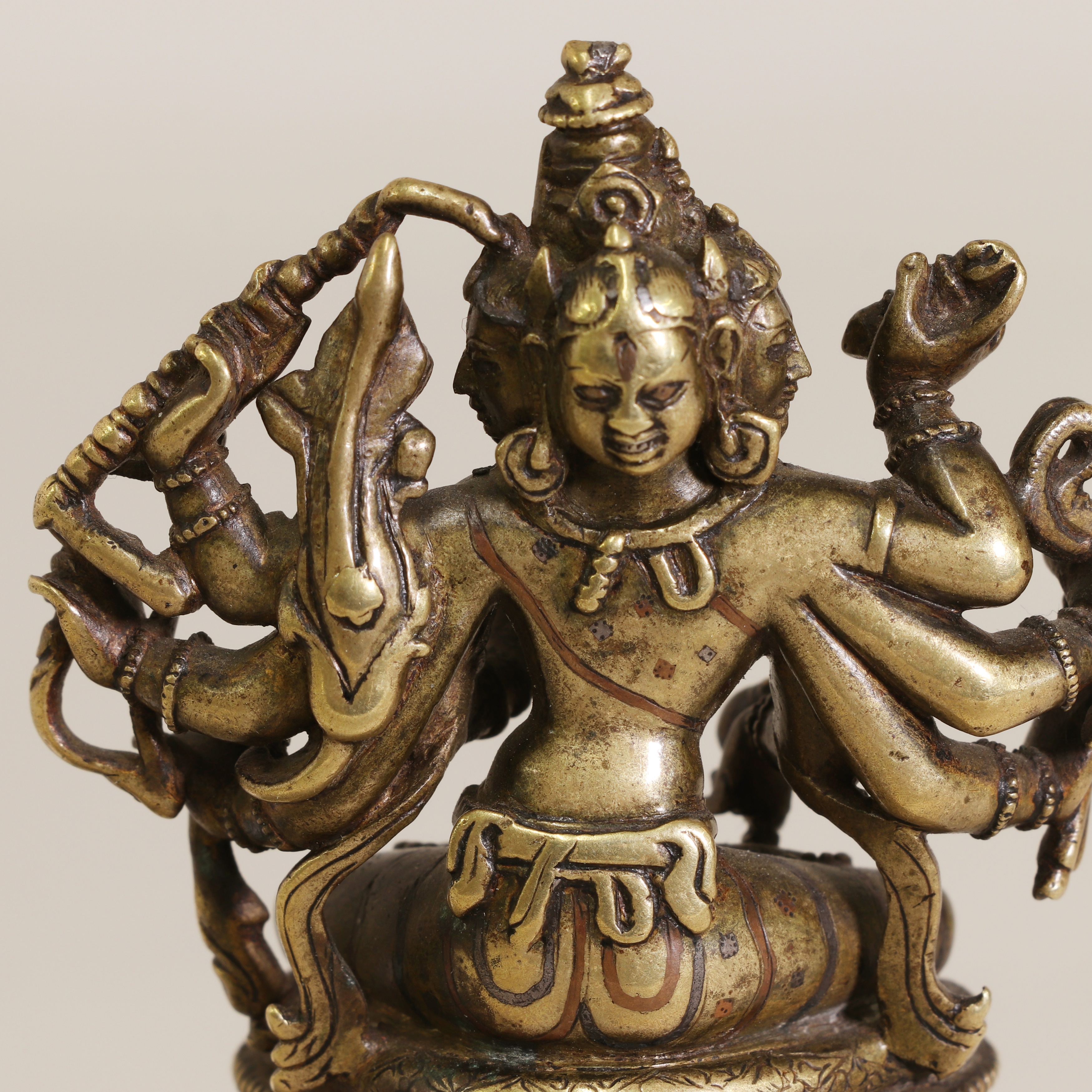 Chinese bidders and Chinese works of art dominated much of the sale.

Sold at £52,000 was a copper red and underglaze-blue porcelain charger from the Kangxi (1662-1722) period. This 33cm diameter dish had some damage (hairlines and chips) but the subject matter was particularly appealing. The scene depicts a young scholar receiving congratulations after passing the imperial exams – making this the perfect gift for any budding student. 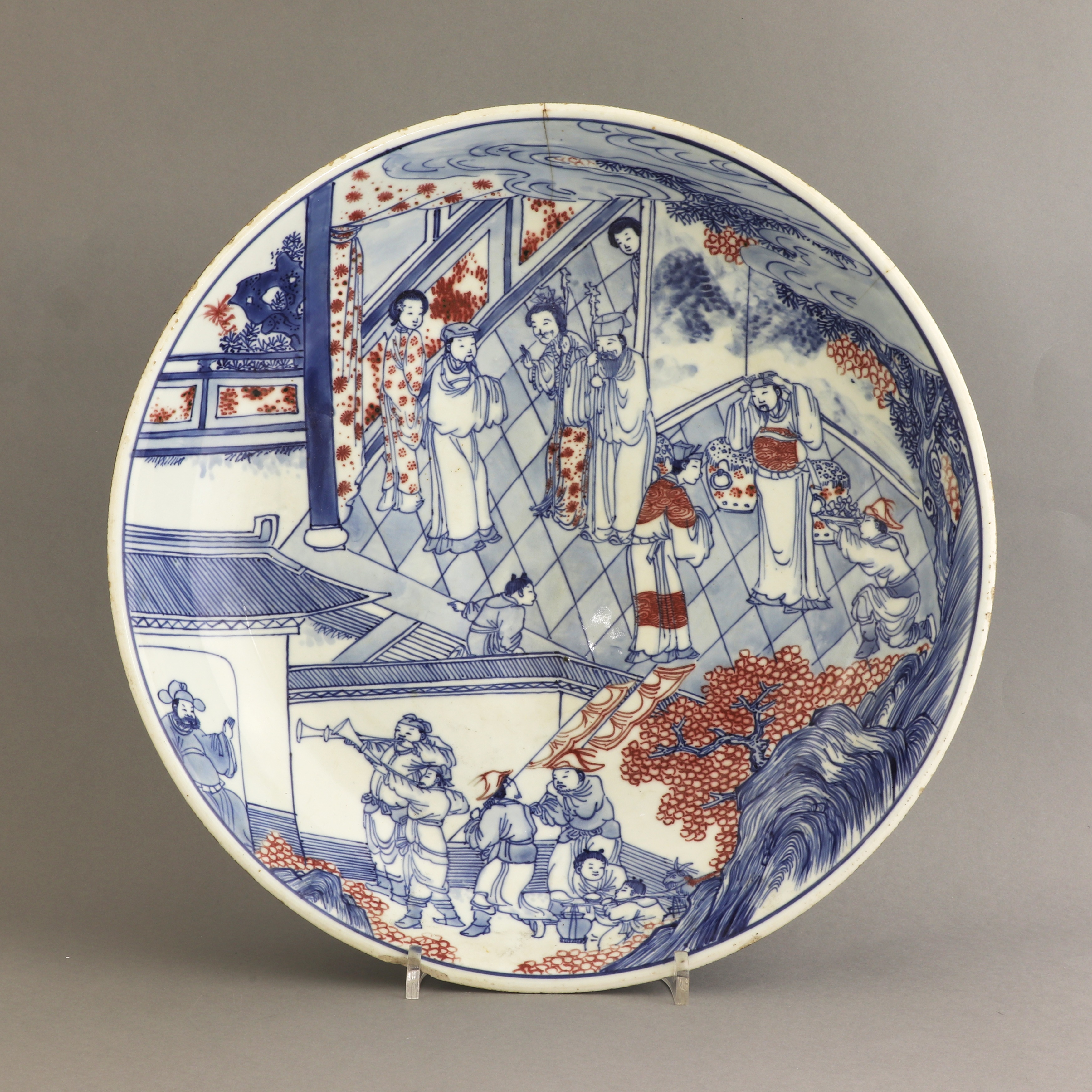 A large Chinese blue and white porcelain vase – a type known as a tianqiuping or ‘heavenly globe vase’ – took £19,500. Probably made towards the end of the long Qing period in the late 19th century, it was decorated with roundels of cranes grasping fruiting peach branches, surrounded by scrolling peony – traditional symbols of longevity and prosperity.

Objects from the scholar’s table performed well. Brush pots (known as bitong) have become synonymous with the art of the literati, made in a wide variety of materials from bamboo to ivory, horn, jade, bronze and porcelain. The example here in an indigenous hardwood from the Qing period (1644-1911) was carved with a scene of scholars by a pavilion or a river in a mountainous landscape. It took £14,300.

Another of the items required for the table of a Chinese scholar was a brush rest for drying and positioning wet brushes during writing or painting. A good example here from the Ming dynasty (1368-1644) cast in bronze in the form of a mountain range brought £9,100. 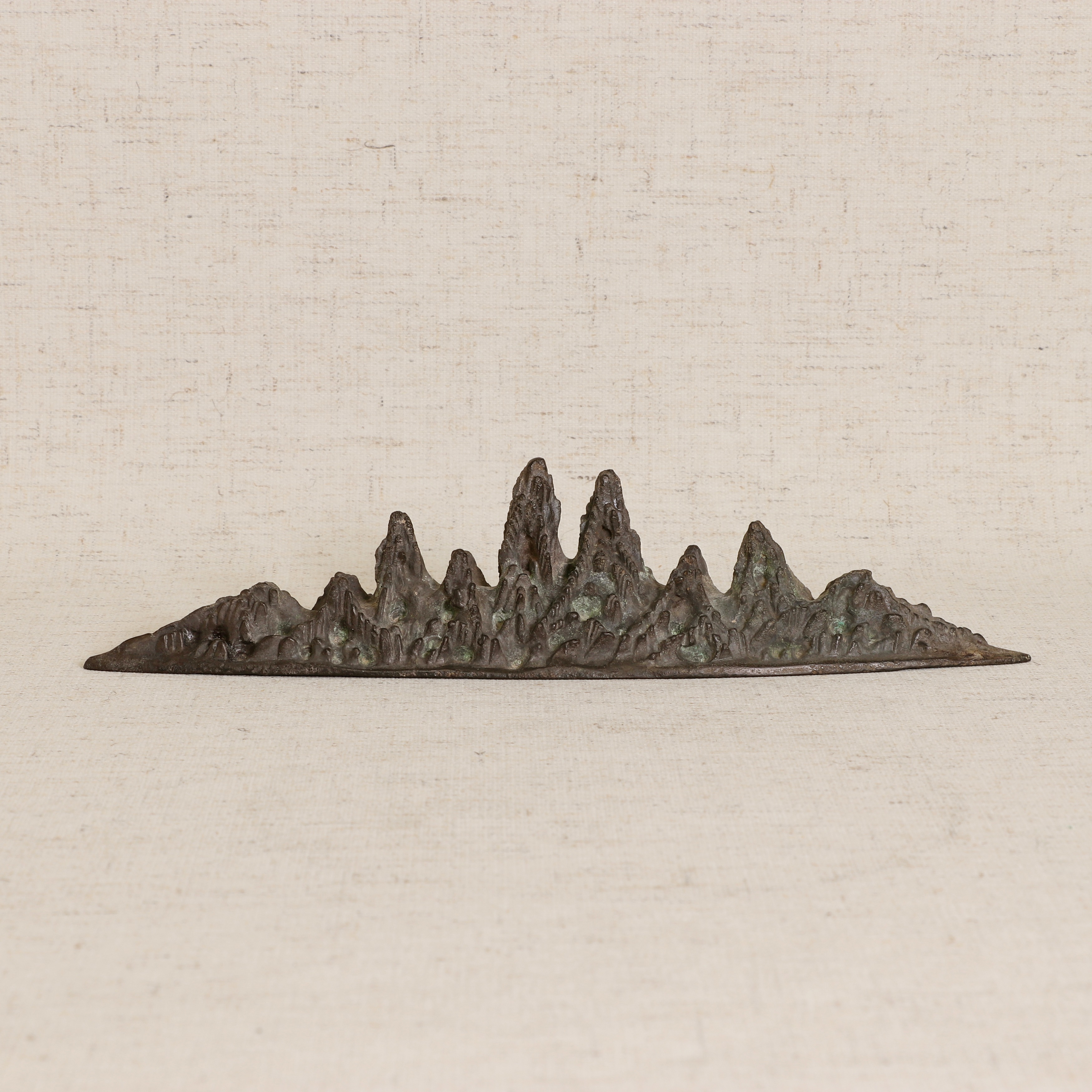 Vessels of archaistic form were popular in the Qing who wished to emulate the perceived virtues of antiquity. A Qianlong (1736-95) mark and period bronze censer taking the form of an ancient rectangular ding sold as hoped for £15,600 while from the same period a circular censer with a pair of loop scroll handles modelled on a Song prototype took £11,700. It had a six-character mark relatively short reign of the Ming emperor Xuande (1425-35) but was an honorific piece made over three centuries later.

In China and Japan in particular there has been a long tradition of collecting scroll paintings, calligraphy and other scholarly works. However, a relatively new area of focus for the Asian art market has been modern and contemporary Asian paintings. Sworders have gained a good foothold in this fast growing market and recent sales have included a series of five-figure results for works by or attributed to 20th century names.

The May sale included two works carrying the signature of the literati painter Huang Binhong (1865-1955). A gouache and ink painting of scholars in a mountainous landscape with a dedication and an artist's seal took £36,400 followed by a bid of £15,600 for a large ink on paper scroll worked with a calligraphy couplet, dated year of Xinmao (rabbit).

A Chinese gouache painting, with literati seated in a pavilion or on a boat in a mountainous landscape, 20th century

The religious and public leader Zhao Puchu (1907-2000), president of the Buddhist Association of China, was also one of the country’s most renowned calligraphers. A calligraphy in red ink reading simply 'bo re' (wisdom) bearing his signature and seal was competed to £18,200.

A renewed energy is returning to the Japanese works of art market. At a time when the best Chinese works of art are undeniably expensive, some collectors are casting their net wider to embrace other aspects of the vast Asian art panoply. Performing particularly well were two outstanding examples of Meiji (1868-1912) metalwork – made in the late 19th century as the metalworkers of Japan changed from making sword fittings and armour to works of art. A 74cm high bronze okimono of a cockerel was signed Masatsune chu – an artist known for his accomplished bird designs and skills with the technique of shakudo. It sold at £7,540. 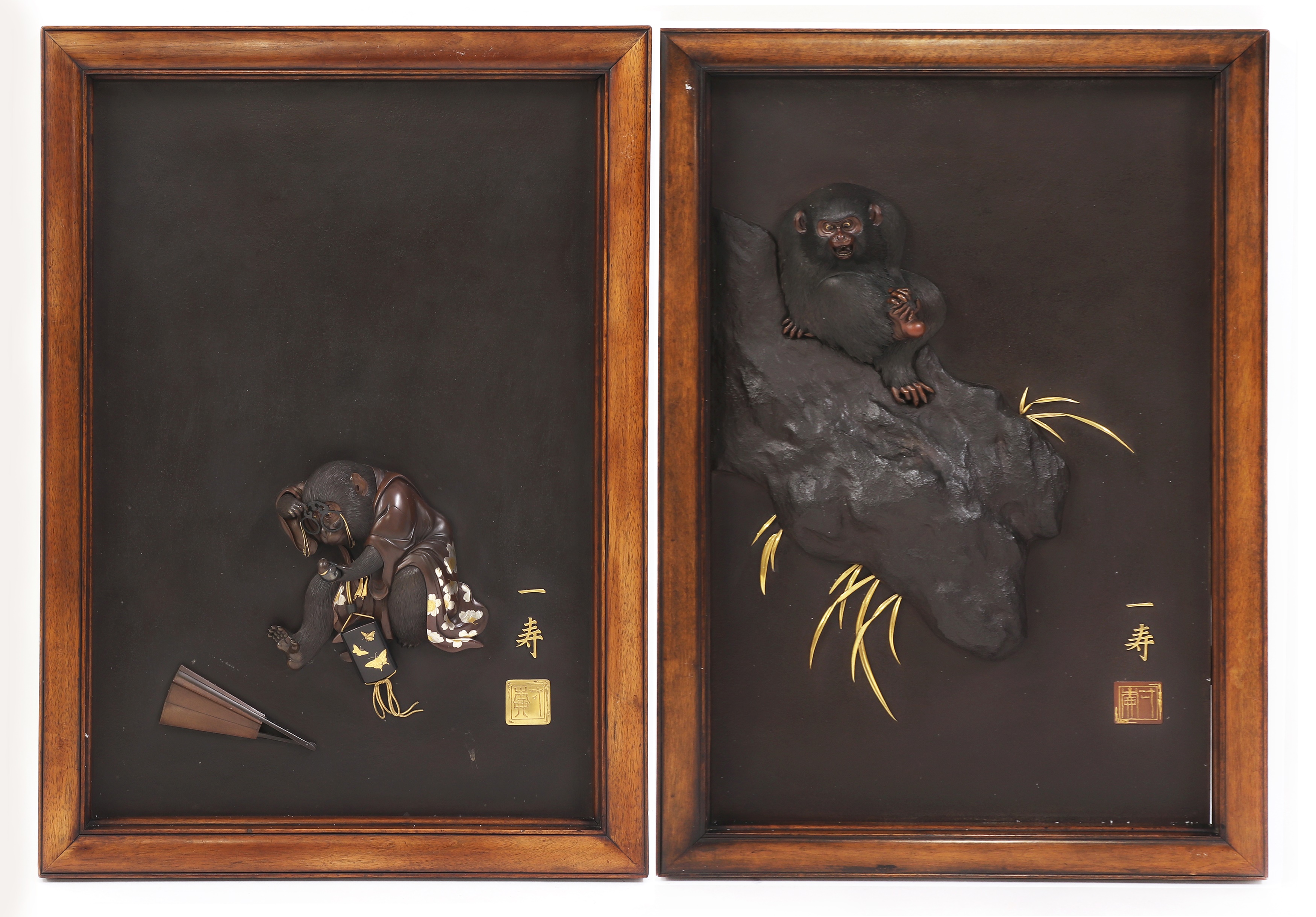 A pair of Japanese inlaid iron panels made by the Tokyo school artist Kazutoshi Ichiju (1864-1908) sold at £26,000. These were finely decorated in bronze and gilt takazogan with a monkeys – one seated on rock, holding his left foot in pain, the other in anthropomorphic garb wearing a floral robe and a pair of glasses, carefully studying a netsuke and an inro.

All prices include a 30% buyers premium, inc. VAT

A cape worn by a volunteer nurse working in Oxfordshire during the Second World War comes for sale at the end of this month. The scarlet and navy woollen cloak is sewn with the numerous cloth regimental badges that were given to Miss Esme Kathleen Robinson (1922-2017) by the soldiers she treated as a member of the Voluntary Aid Detachment (VAD).