We are delighted to offer the contents of Bixley Manor, the estate of businessman Sir Timothy James Alan Colman (1929-2021) and his wife Lady Mary Colman (née Bowes-Lyon), niece of the Queen Mother. The great-grandson of Jeremiah James Colman (1830-98), the man who turned Colman’s Mustard into an international brand, Sir Timothy began his career on the shop floor of the Carrow Works in Norwich. However, in 1957 he became a director of Eastern Counties Newspapers – a company his ancestor Jeremiah Colman (1777-1851) had co-founded in 1844 – and was Chairman of the group from 1969-96. Throughout his life, he was committed to his home county of Norfolk and played important roles in establishing the University of East Anglia and the Sainsbury Centre for Visual Arts, as well as becoming Lord Lieutenant in 1978. 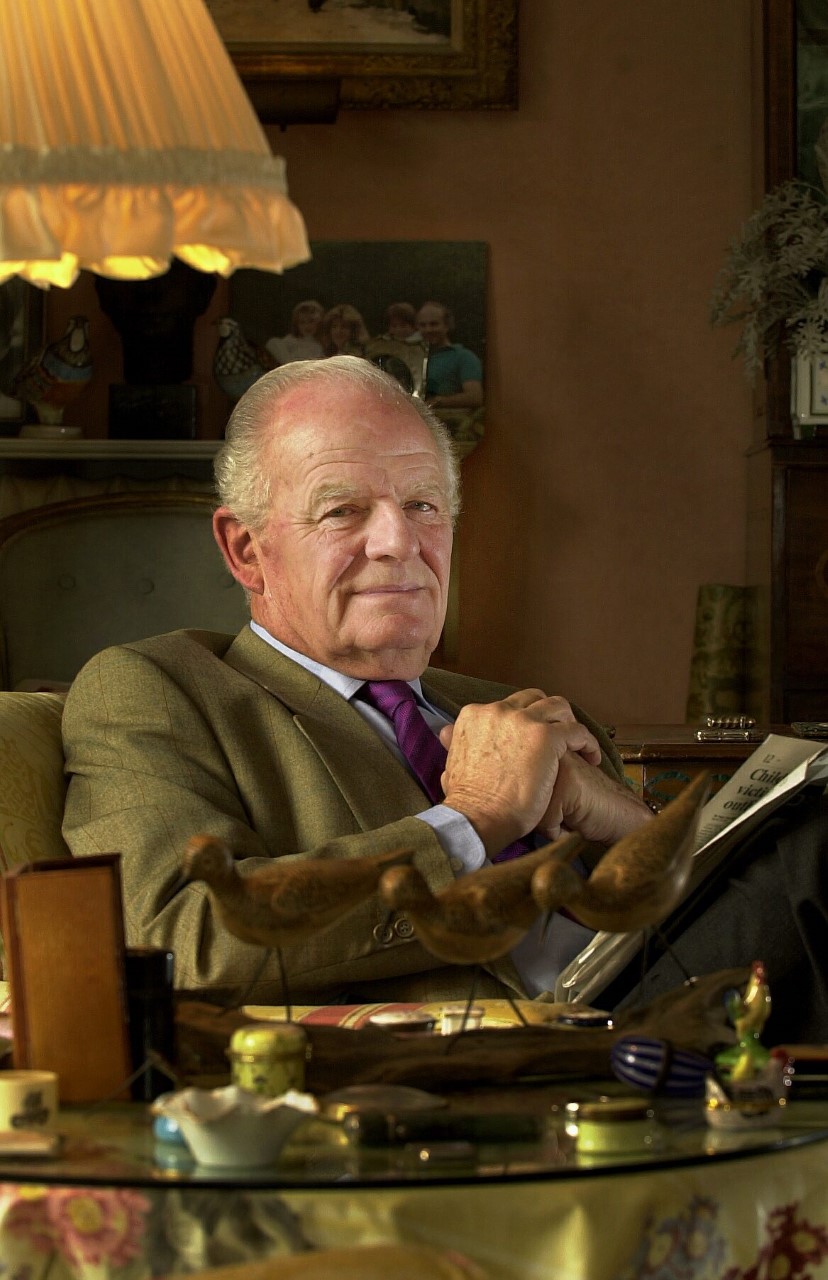 The collection is led by an 'Armada’ pattern silver-gilt presentation service by Walter H Wilson, London 1937. Made in the Elizabethan style, it is engraved on the underside of the tray with the details of its commission, it reads: 'This service ... is presented to Russell James Colman Esquire and Mrs Colman on the occasion of their Golden Wedding, 20th June 1938 by their friends and admirers in the County of Norfolk and the City of Norwich'. Russell James Colman (1861-46) was the eldest surviving son of Jeremiah James Colman and he is best known today for the remarkable collection of Norwich School paintings, watercolors, and drawings, including many major works by Cotman and Crome, he bequeathed to the Castle Museum. The service holds a pre-sale estimate of £8,000-12,000. 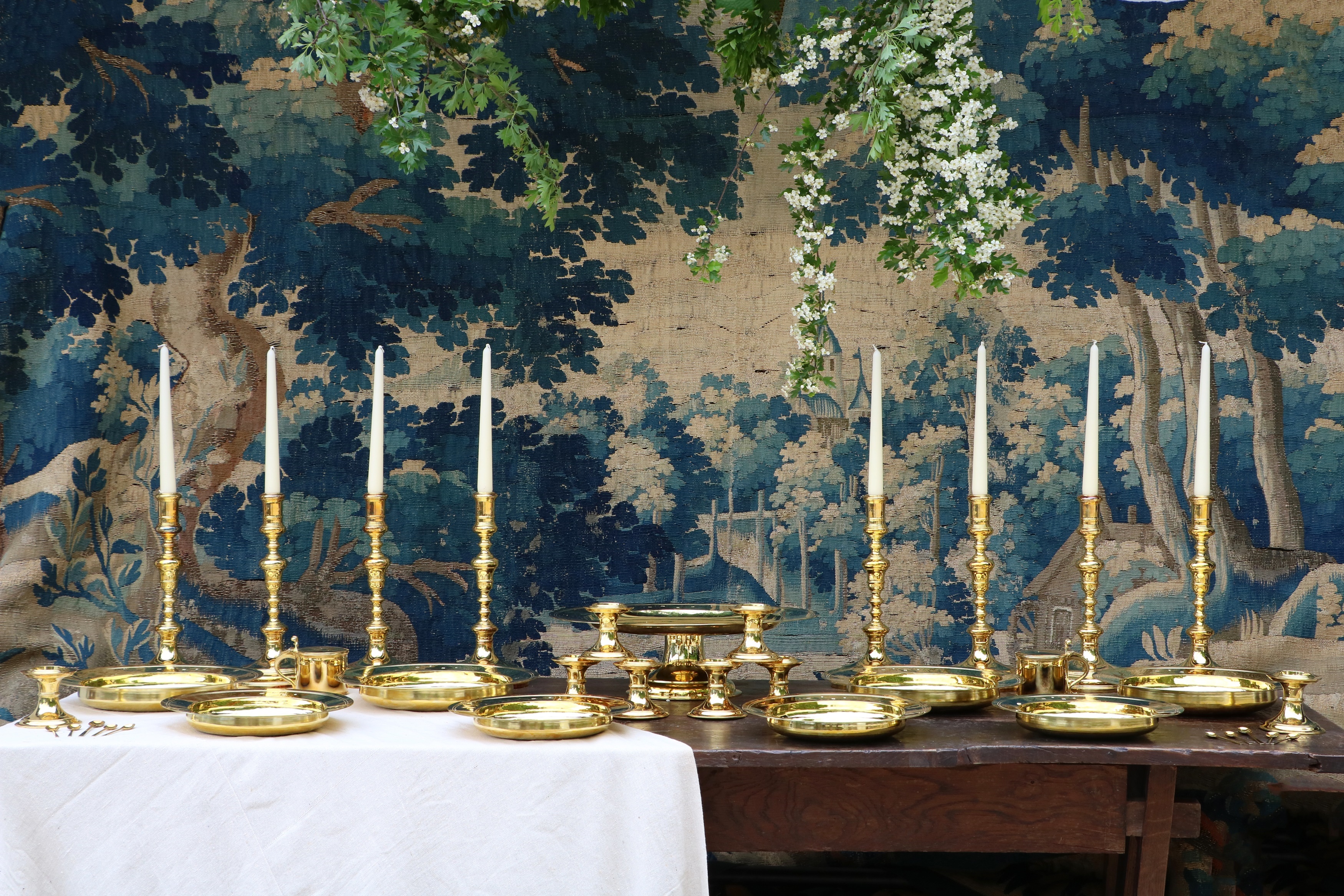 Another interesting lot from the collection is a wood carving by the Norfolk craftsman, James W Minns (c.1828-1904). The Colman family were well-known collectors of East Anglian works of art and patrons of local craftsmen. Minns was commissioned to complete the Jacobean-style staircase, panelling, and chimneypieces at Carrow House, Norwich, the Colman family home until the 1880s and he has also been credited with designing the original bull's head emblem that is still used by Colman's Mustard today. The signed and framed example of a robin perched on a cherry branch comes with another unsigned example and is estimated at £400-600. 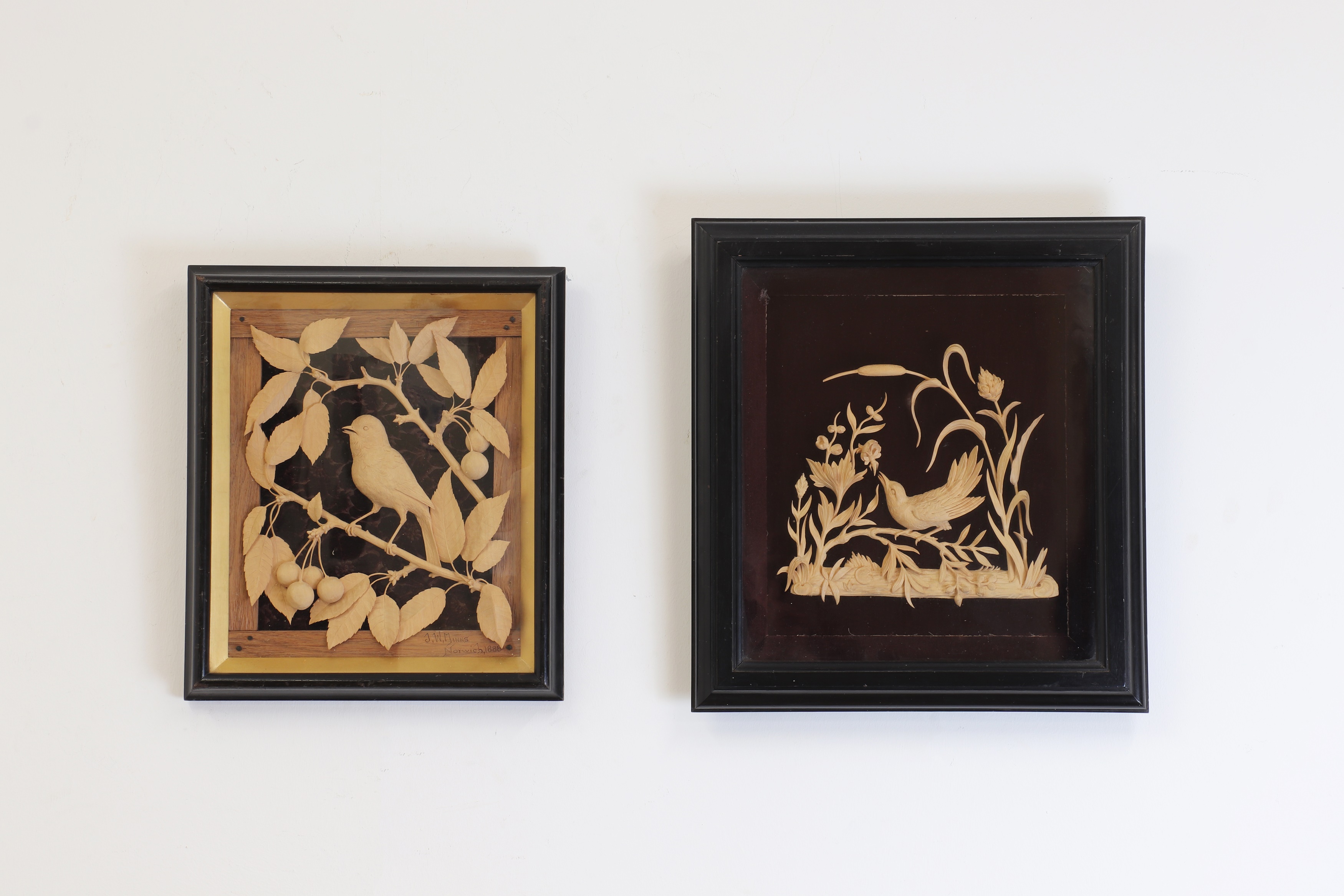 Two sailing presentation trophies in the sale also give an insight into Sir Timothy Colman’s maritime prowess. As a skilled yachtsman, he claimed the record for the world's fastest yacht on several occasions (in 1980 his catamaran Crossbow II sailed at 36 knots). The two trophies are marked for Theodore Ross of Market Place, Norwich, and hallmarked for London 1930. One is modelled as The Bell Buoy, Great Yarmouth, and engraved with a line from the Kipling poem The Bell Buoy - 'I dip and I surge and I swing In the rip of the racing tide’ – with the other cast as a pennant buoy. Offered together, the lot is estimated at £1,200-1,500. 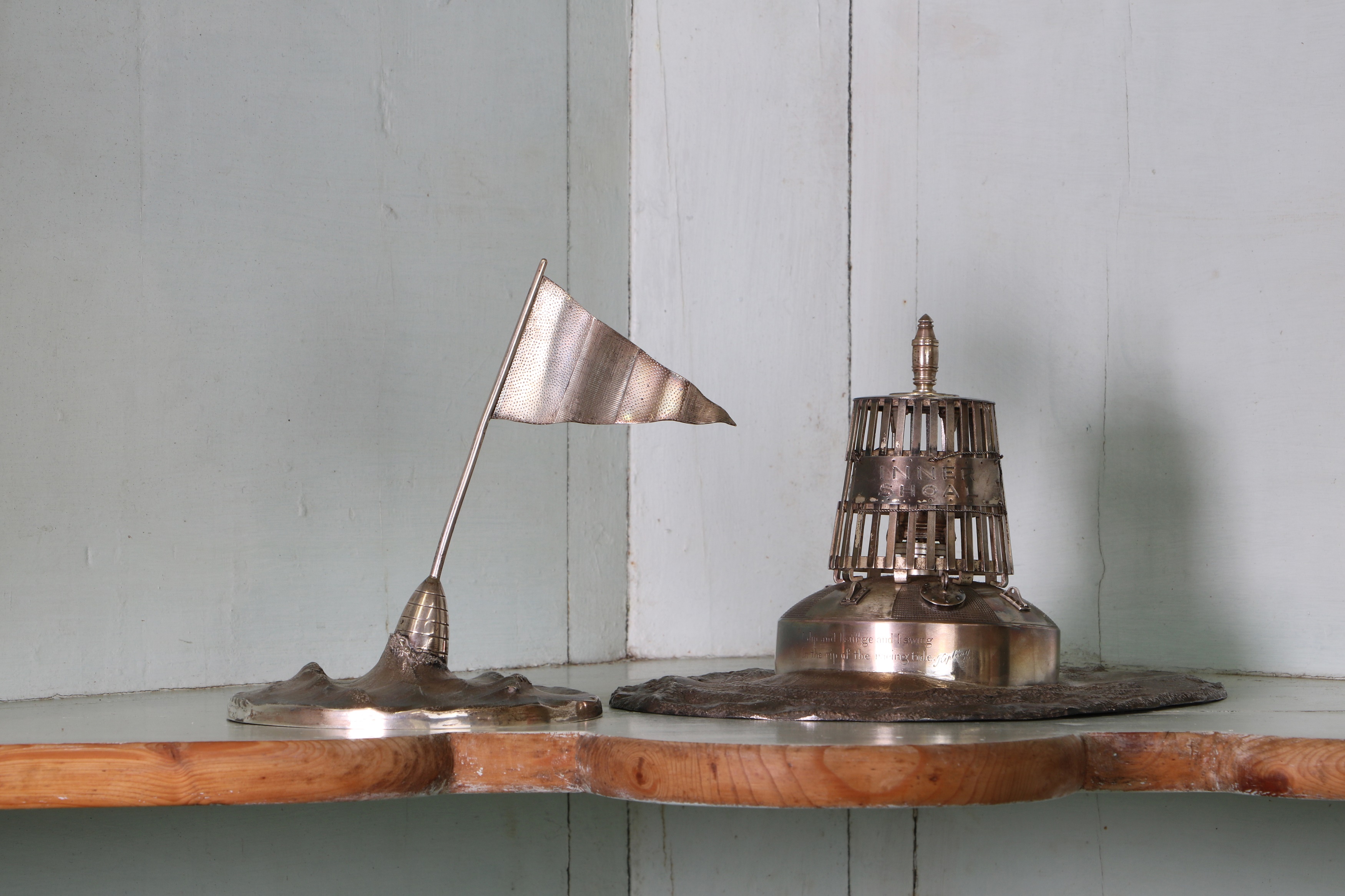 An unusual sailing presentation trophy,
by Theodore Ross of Market Place, Norwich, Norfolk, London 1930,
together with a separate pennant buoy

Complementing these personal items are some of the fine traditional antiques that furnished both the interior and the grounds of Bixley Manor, including a 'Baring' pattern two-seat sofa by Howard & Sons, expected to bring £3,000-5,000, and a 19th-century marble figure of a classical youth, that is pitched at £1,000-1,500. 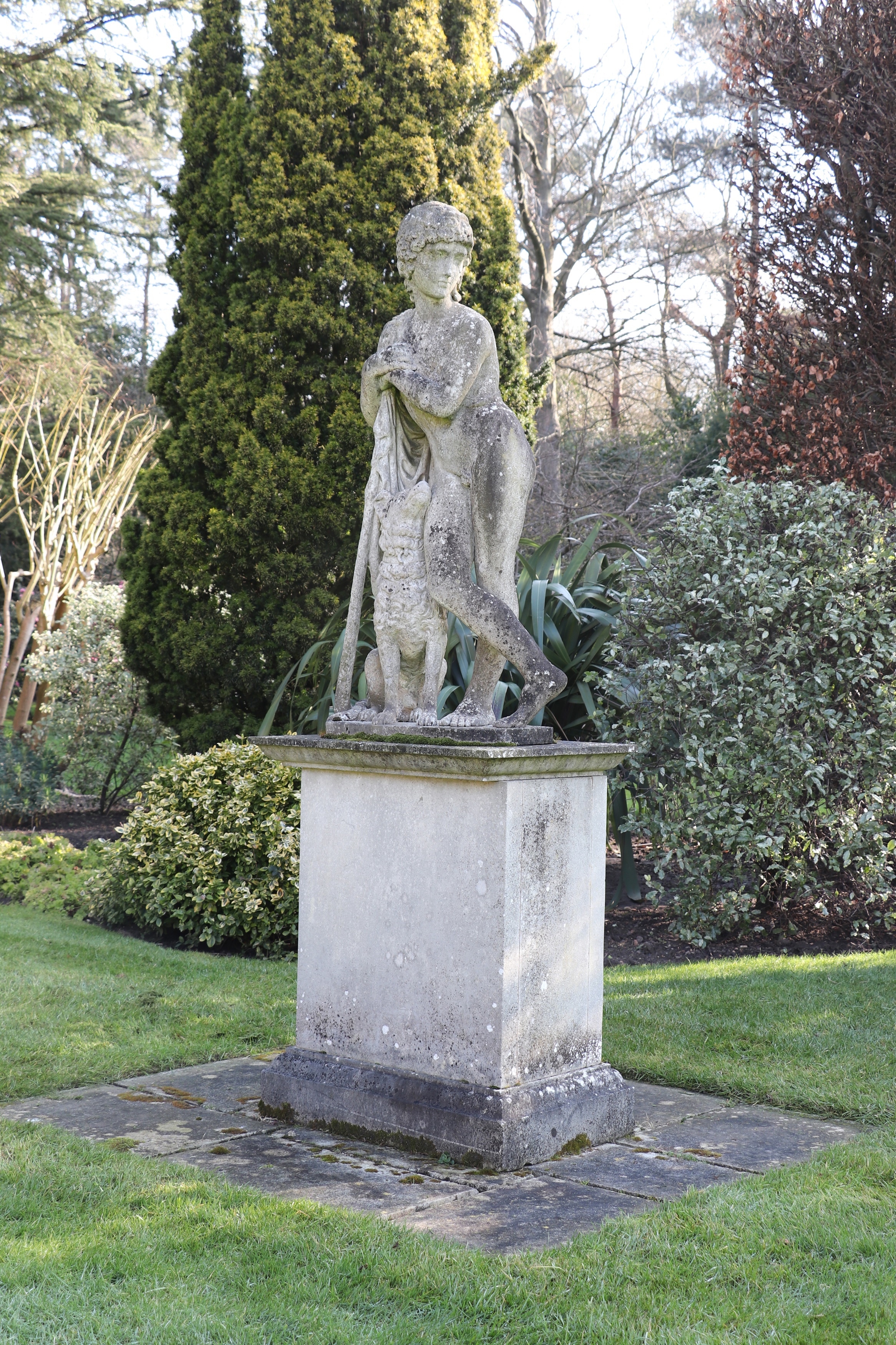 A marble figure of a classical youth,
19th century

These pieces will be included in our next Fine Interiors auction, to be held on Tuesday 14 and Wednesday 15 June. The sale includes close to 650 lots of furniture, silver, and works of art, with estimates ranging from £100 to £10,000.