Sweden with its policy of neutrality during both World Wars excelled in the area of design-led decorative art. Perfectly displayed through their glass output, predominantly from the Orrefors and Kosta glasshouses based in the Crystal Kingdom of Småland. Equalled by their neighbours with names such as Nuutajärvi Notsjö in Finland, Hadeland in Norway and Holmegaard in Denmark

The beginning of the century brought elegant designs from the likes of Simon Gate combined with the expertise of engravers such as Karl Rössler. Continuing to evolve into new styles and techniques such as Graal and Ariel pieces. During the mid-20th Century design icons were created such as the Tulip (Tulpan) and Apple (Äpplet) vases, here at Sworders we have been lucky enough to offer both for sale.

Focus is held heavily on the designer giving brand like status to the best designers of the era. Vicke Lindstrand, a keenly collected name, produced designs for both Swedish giants Orrefors and Kosta. The ‘Pearl Diver’ vase can be seen as one of his greatest successes in engraved glass while his later Colora series shows his ability with colour and form for a mid-20th Century market. 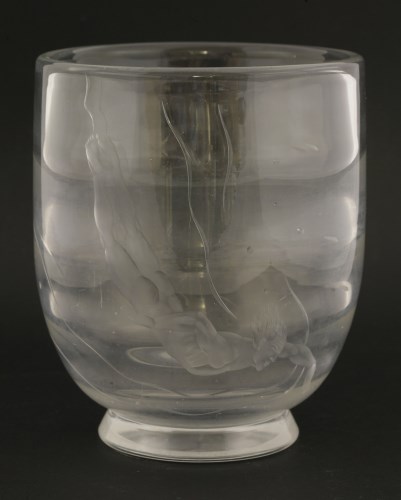 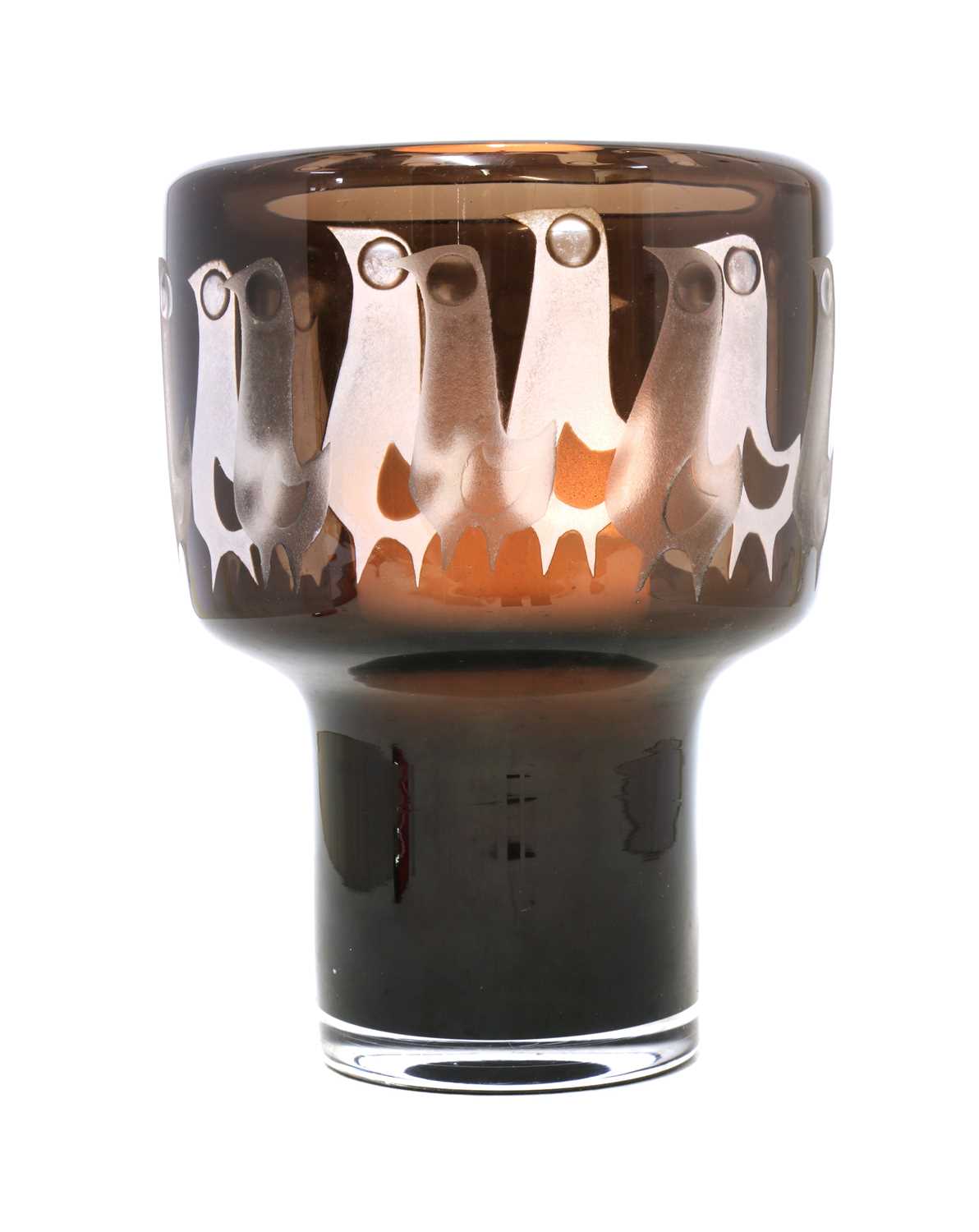 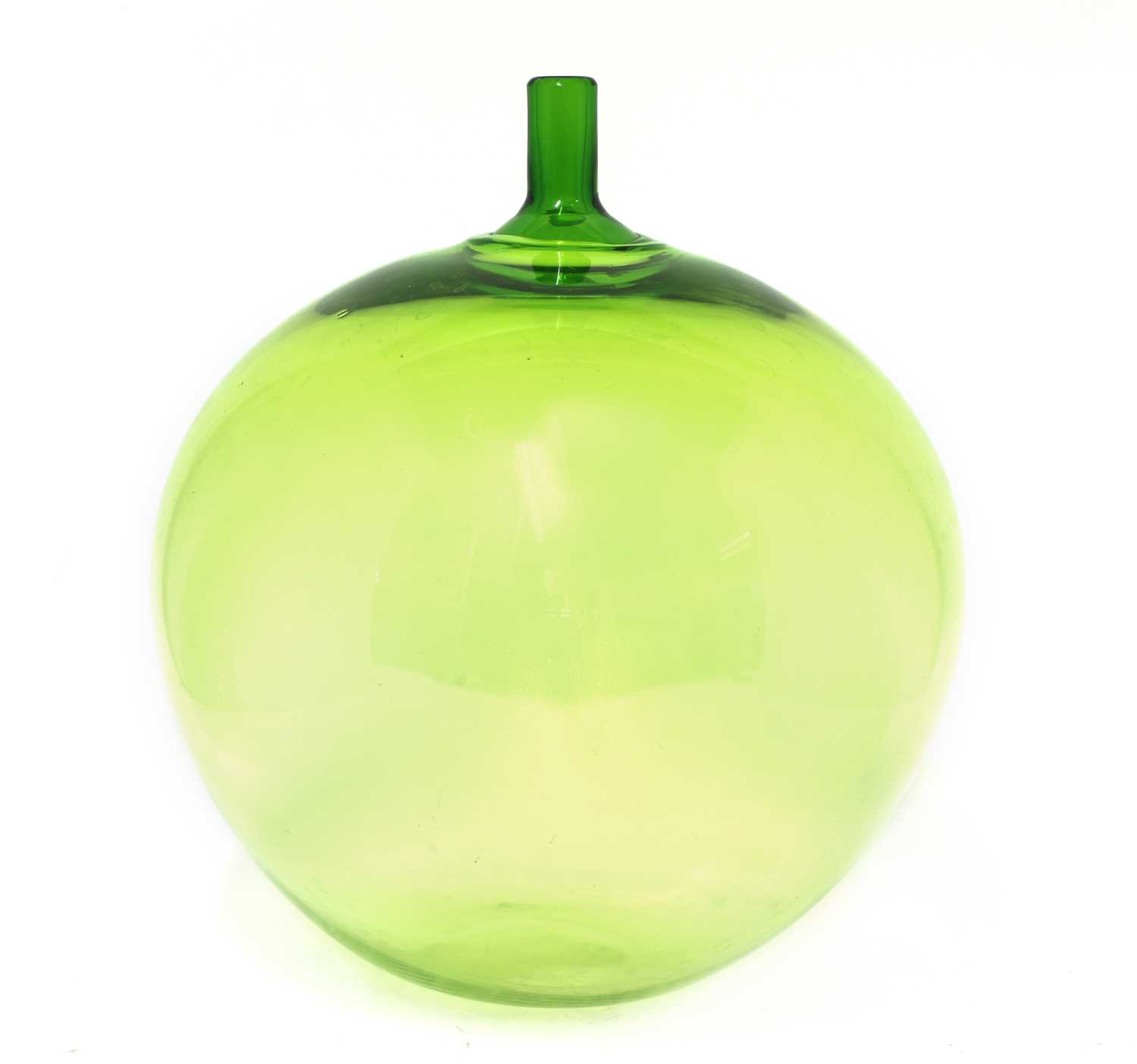 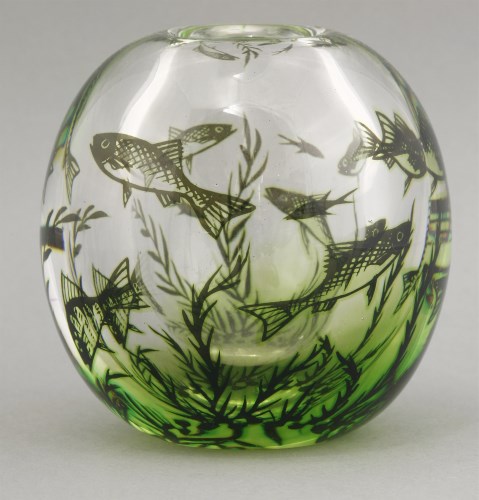 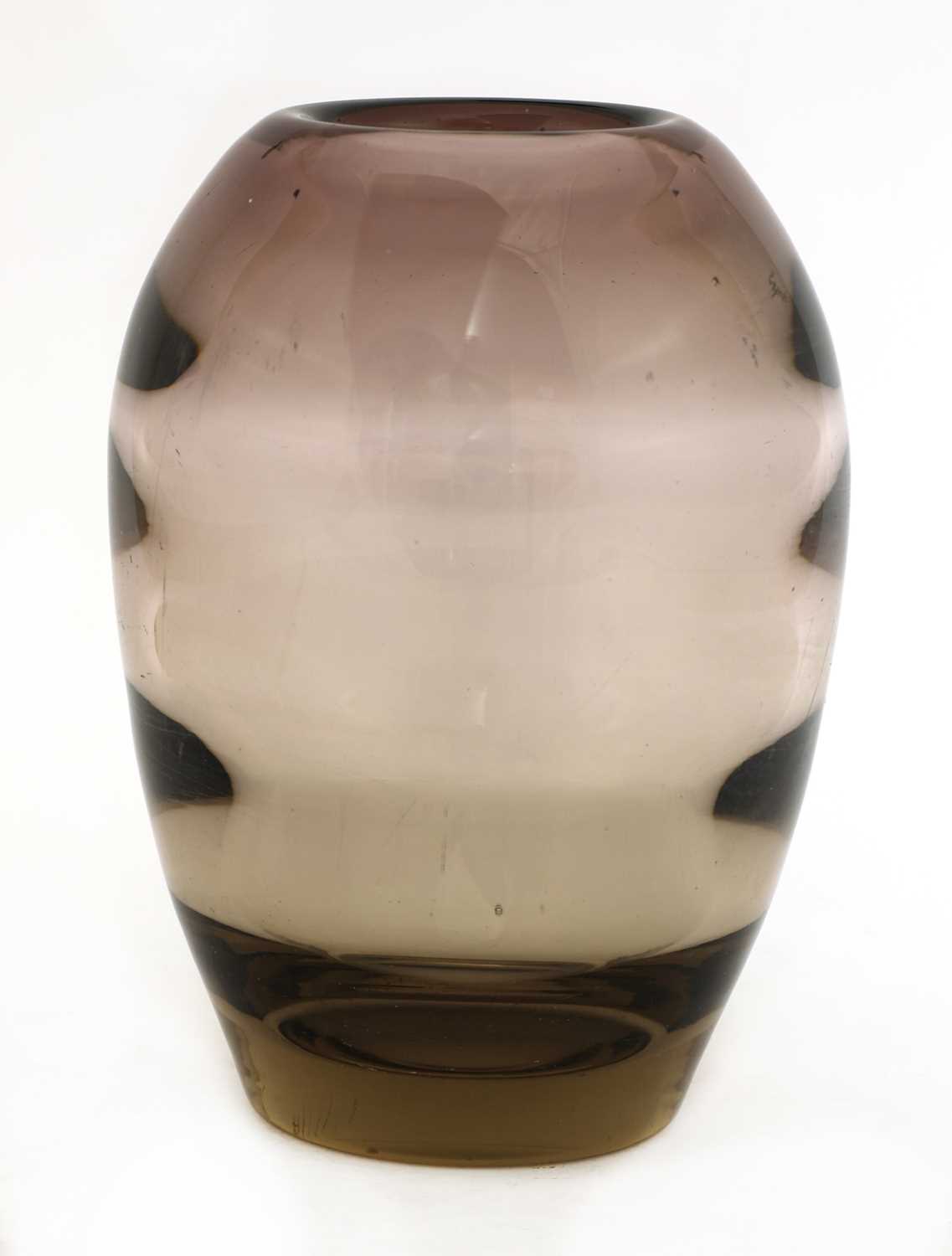 A suite of 'Molnet' (Cloud) Orrefors glassware
Sold for £480 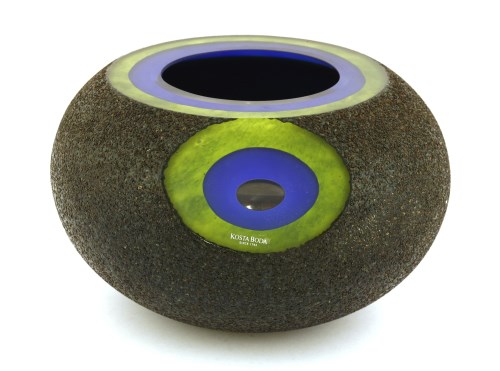