Fusion of European and British Style

The Art Deco design movement that swept continental Europe and Hollywood’s silver screen in the 1920s and 30s, found a unique expression in British furniture - one that sought to blend clean lines and a touch of glamour with the functionalism and craftsmanship of the Arts and Crafts movement.

The seeds of this can be seen in the furniture of Ambrose Heal who joined the family firm in 1893. He pioneered the home-furnishing trade, building an empire around the commercialisation of a distinctive if eclectic style. His early designs in the Arts & Crafts style, often carrying a distinctive ivorine trade label, were simple and austere - such as the chestnut dresser c.1905 sold at Sworders for £5600 in October 2015.

Others who sought modernity while clinging to the Arts and Crafts ethos of the previous era included Betty Joel (1894-1985) in Hampshire and Gordon Russell (1892-1980) in the Cotswolds.

Joel’s modest beginnings as a designer in a Hayling Island workshop in 1921 had grown to a Knightsbridge showrooms and an architect-designed factory in Portsmouth by 1937. Her firm Token furniture enjoyed the patronage of many of the social and corporate elite. It is increasingly admired for its very British take on the Art Deco style and the quality of manufacture.

Russell was among the few British exhibitors at the Paris exhibition in 1925 to receive praise (he won a gold medal for a cabinet by Ernest Gimson) and his company met modernism with batch production methods and a series of pioneering designs that culminated in cabinets for Murphy Radio Company and the development of Untidily furniture in the 1940s.

A fuller expression of the Deco style is seen in the work of Ray and Sam Hille in Old Street, London and Epstein who turned their attention to the production of Art Deco forms from the 1930s until the 1950s. Both embraced light timbers, such as satinwood, sycamore, bird’s eye maple, walnut and birch, and new ways of using them. Lamination allowed for complex curves and forms of the type unobtainable with traditional ‘carcase’ furniture.

Although the firm did not sign their work, the design of the famous ‘Cloud’ seat furniture is credited to Epstein while Hille specialised in all manner of occasional furniture including the iconic cocktail cabinet.

Influenced by developments on the continent other designers experimented with new materials. The London-based design company Isokon explored the radical possibilities of lamination with the production of furniture by Wells Coates and Hungarian-born modernist Marcel Breuer while at PEL (Practical Equipment Ltd) tubular steel was used by designer Rowland Wilton-Cox to create some of the first British cantilever chairs.

Good examples are British Art Deco furniture are increasing hard to find and - just as the market has cooled for the often dark and ‘busy’ furniture of the Victorian and Edwardian eras - so prices have accelerated for forms that fit comfortably with modern living. 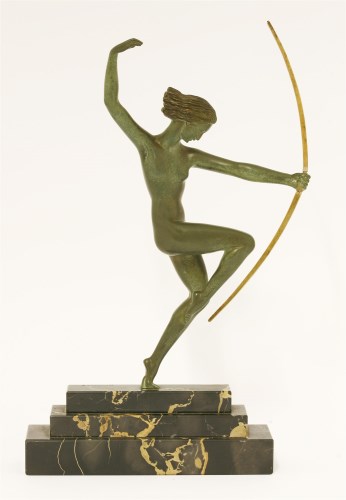 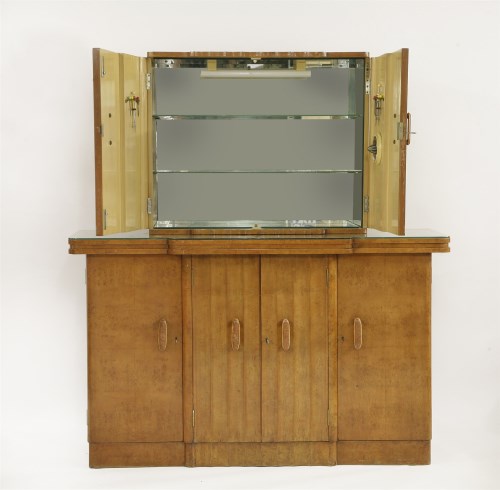 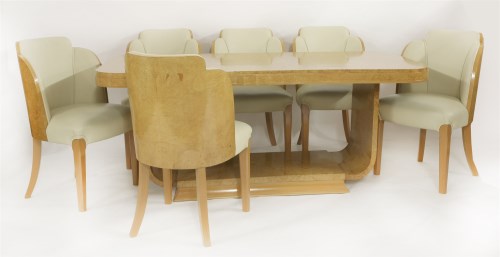 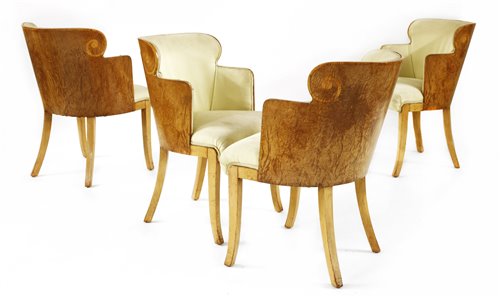 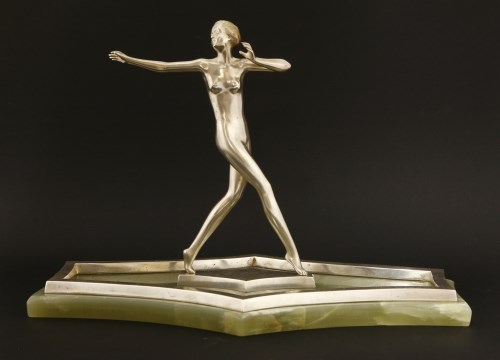 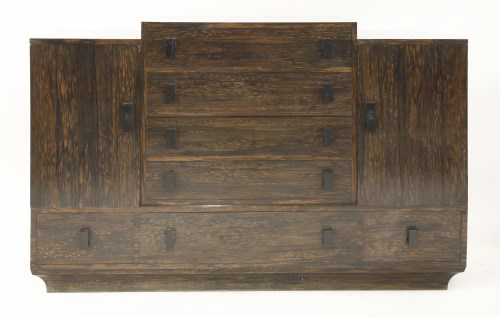 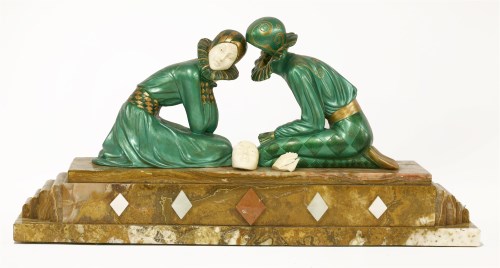 An Art Deco patinated spelter and marble centrepiece
Sold for £680