Arthur Joseph Gaskin (1862-1928) and his wife Georgina ‘Georgie’ Gaskin (1866-1934) were already established artists when they took to jewellery making at the turn of the 20th century. The two, both natives of the West Midlands who met at the Birmingham School of Art in 1888, had been influential in the founding of the Birmingham Group of Artist-Craftsmen which formed around the artist Joseph Southall, in the 1890s.

In a city geared to the machine-production of jewellery on an industrial scale, the Gaskins first started producing handmade jewels based on the principles of the Arts & Crafts movement from 1899. Trading under the name ‘Mr & Mrs Arthur Gaskin, first in Acocks Green, Birmingham and later in Olton, Solihull before retiring to the Cotswolds in 1924, they typically worked in silver to designs of closely-packed leaves and flowers sprinkled with gemstones and enamelwork. Describing how their studio was arranged, Georgie wrote: “I did all the designing and he did all the enamel, and we both executed the work with our assistants.” Some pieces are unsigned or carry a simple impressed G so original boxes and provenance can be important in pricing and precise dating.

Since the early 1980s, when the first exhibitions devoted to the couple were held, the Gaskins' work has been warmly received by the market with mid four-figure sums paid for the best examples at auction. Sworders sold a typical amethyst, amethyst briolette and blister pearl necklace by the Gaskins for £1500 in 2015.

Increasing fame had helped work by pupils such as Kate Eadie and Bernard Instone whose work in a similar style also finds buyers at a lower price threshold. Sworders have sold many pieces by Instone and - following some detective work - identified a silver moonstone pendant by Eadie that went on to sell for £480. 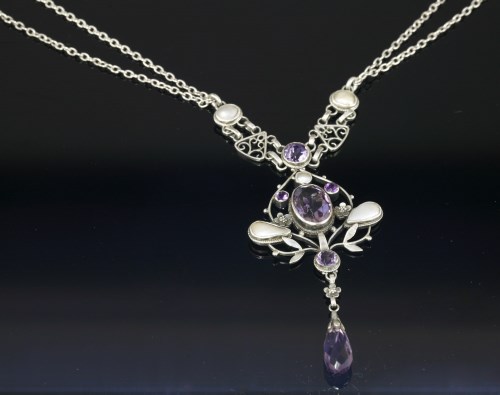 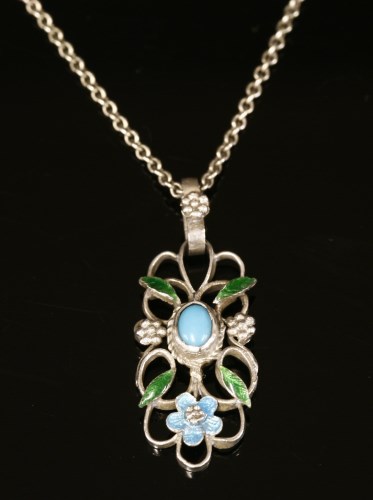