Throughout history there have been various strongholds of glass manufacture and Bohemia certainly is one of them. Renowned for their talented engravers, which gave British manufacturers some of their finest craftsmen. In the early part of the 19th Century Friedrich Egermann introduced innovative techniques such as Flash Casing a cheaper yet similar method of colour cased glass and Lithyalin an opaque form of glass with a marbled stone like finish.

Entering the early 20th Century they were home to some of the best producers of Art Nouveau iridescent glass after the likes of Tiffany, with Loetz being the highest achiever in this regard.

Whether it be an intricately engraved cup and cover dating from the early 18th Century, an enamelled overlay vase in the high Victorian taste or a sinuous vessel will a complex iridescent finish, Bohemian glass offers a wide array for any collector. 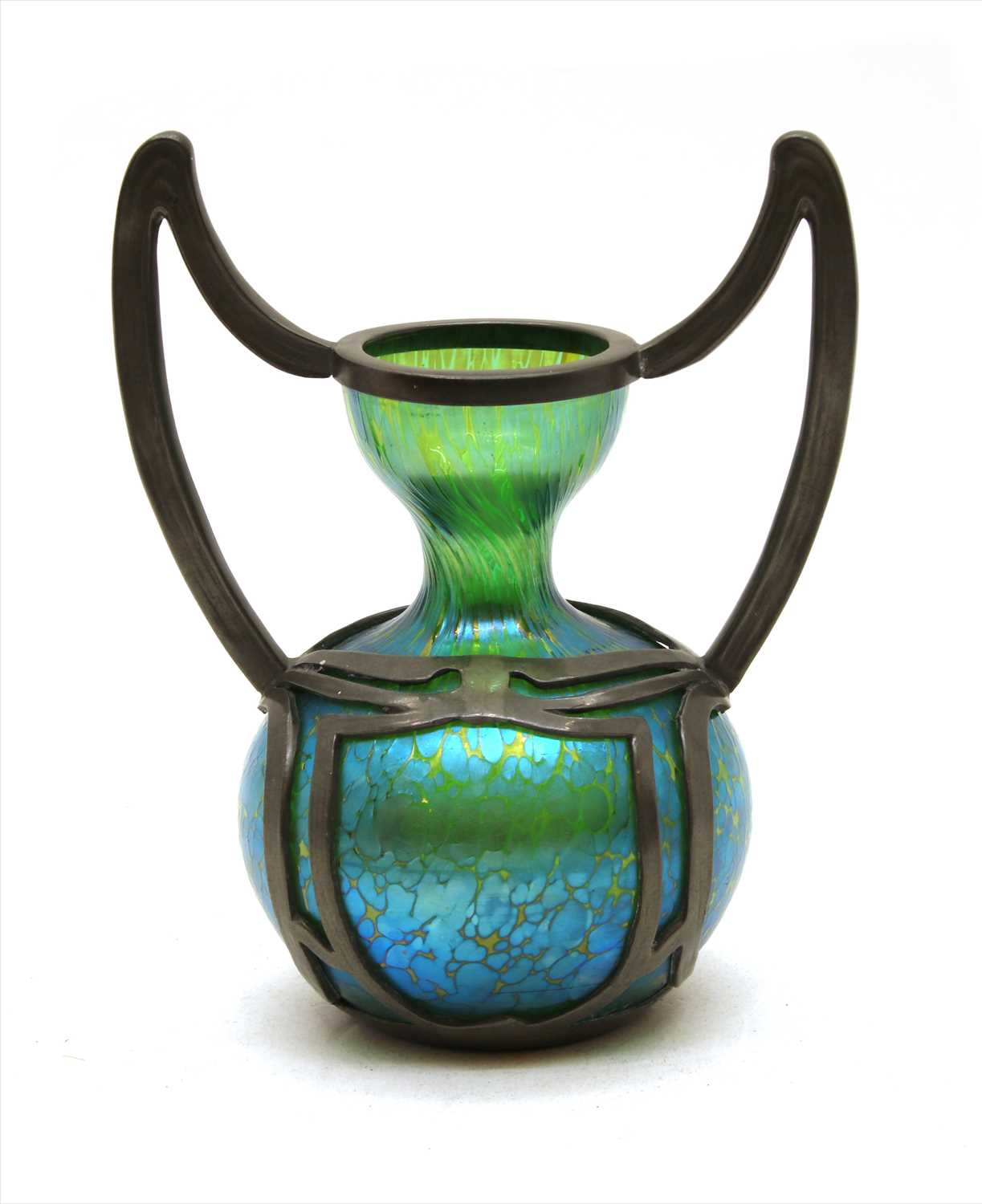 A Loetz pewter-mounted vase
Sold for £400 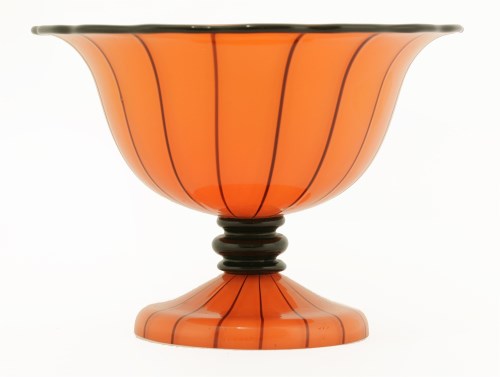 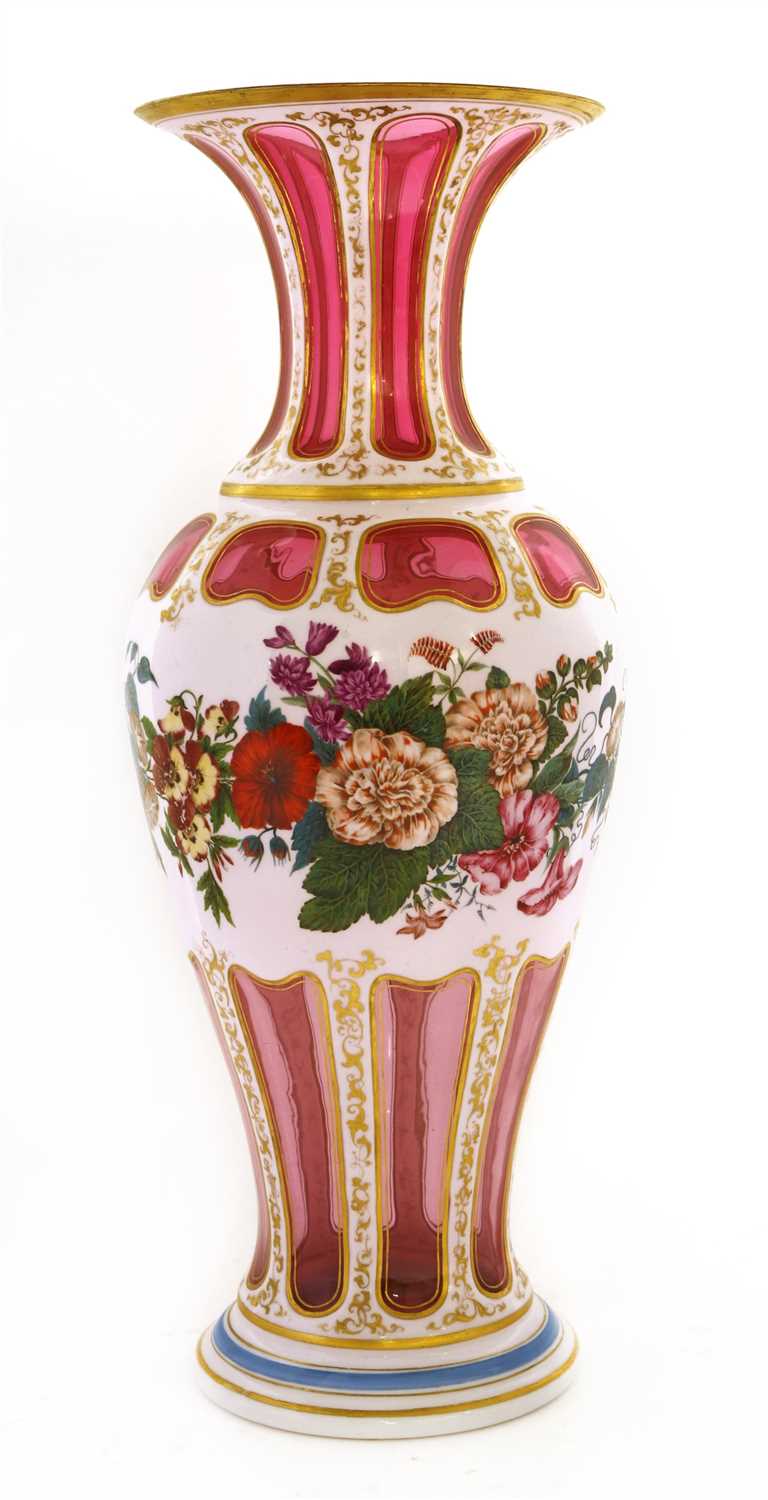 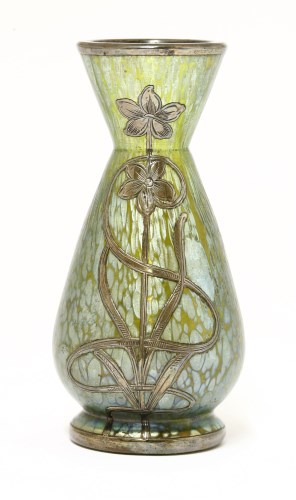 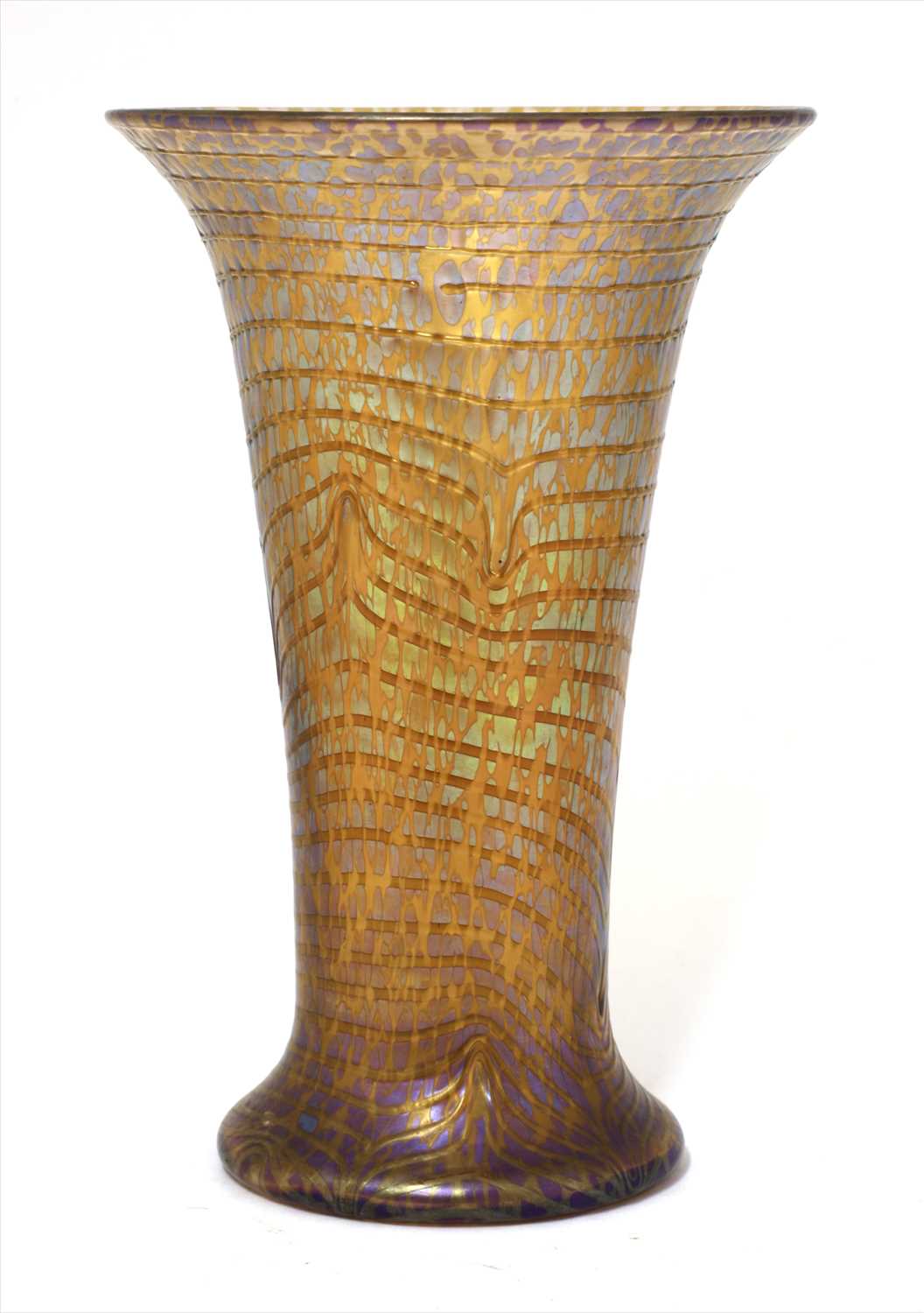 A Loetz iridescent vase
Sold for £400 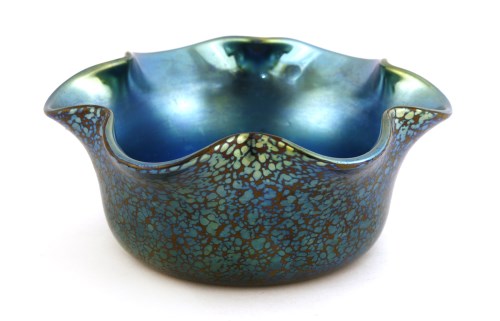