It is often said that the starting point for a well-thought-out room is the floor covering. Despite the softening of demand for old-school English country house furnishings, antique carpets remain a staple of interior decoration - particularly as the polished and waxed hardwood floor is back in fashion.

A multitude of different cultural impulses and artistic endeavour nestle together under the umbrella of the carpets and rugs market. They include the finest weavings from the traditional carpet-making centres of Persia and India, the luxurious products of the Aubusson region of France and giants of both the British Arts and Crafts and the European Modernist movements

Particularly popular are the kilims, once used by tribal communities but now decorative items for the modern home, or the large carpets produced in the 19th and early 20th century for British merchants operating in the East. These designs, often a synthesis of Persian and Indian motifs, were made to Western taste that ensues today. Among the best known are the Ziegler Mahals, named after a Manchester firm that supervised the production of carpets for export in the area around the city of Arak (Sultanabad).

Sworders have also enjoyed success selling the stylish Arts and Crafts carpets and rugs woven at the Merton Abbey Mills for Morris & Co and in Donegal, Ireland. The most striking and desirable are those by influential designers such as Archibald Knox, Charles Voysey, or William Morris.

Some key things to consider when buying rugs and carpets at auction:

Sworders regularly offer rugs and carpets to suit any style or budget in our Fine Interiors, Homes & Interiors and our 20th Century & Modern Design sales. Our specialists, listed below, are always on hand and more than happy to offer advice about buying and selling at auction. 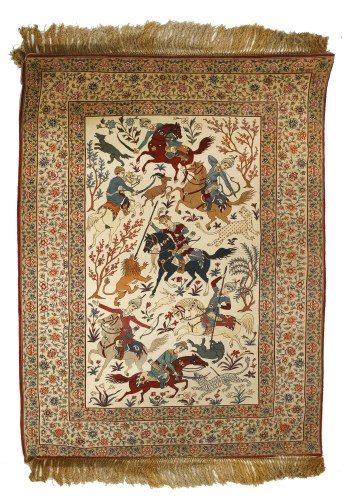 An Isfahan pictorial rug
Sold for £5,200 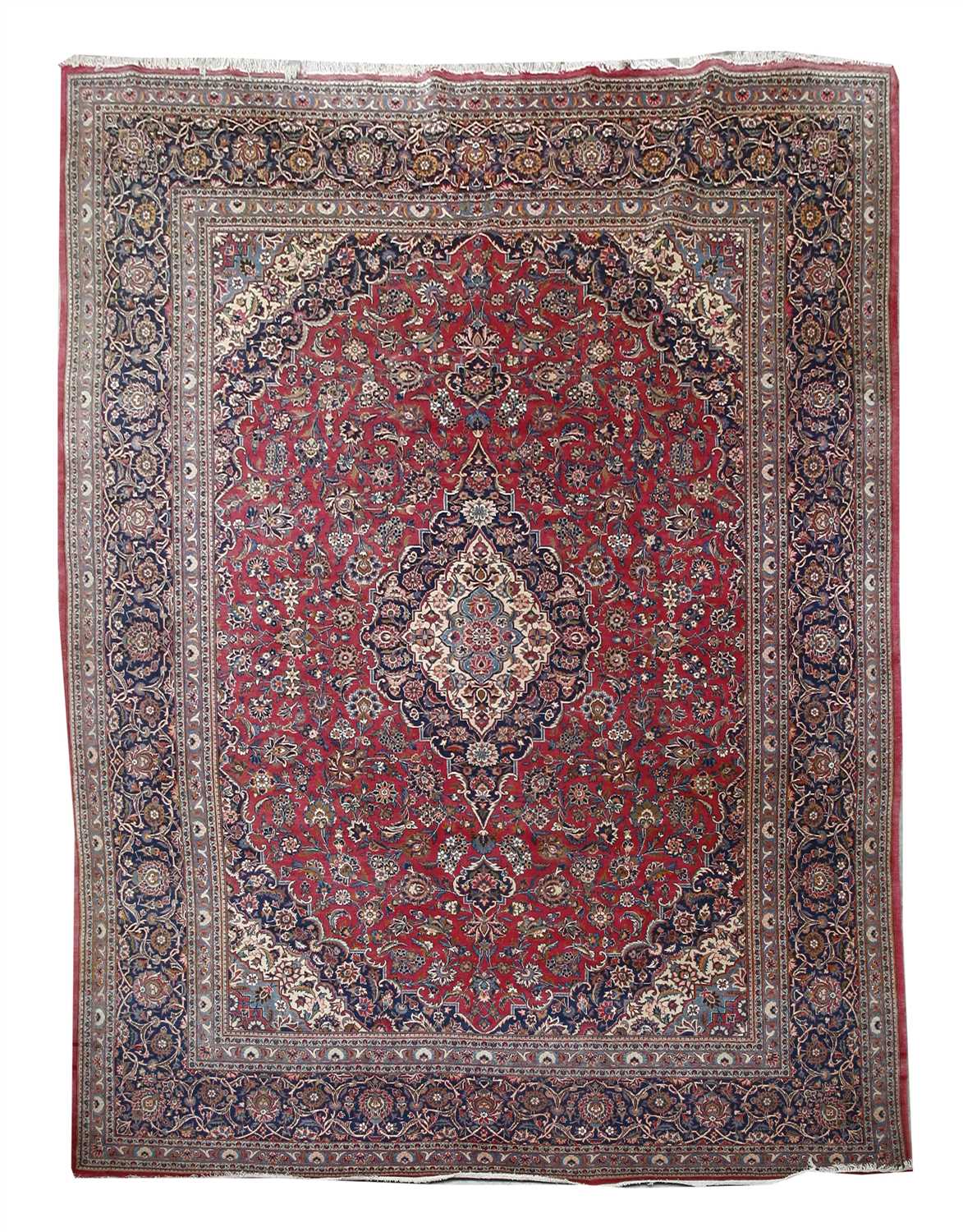 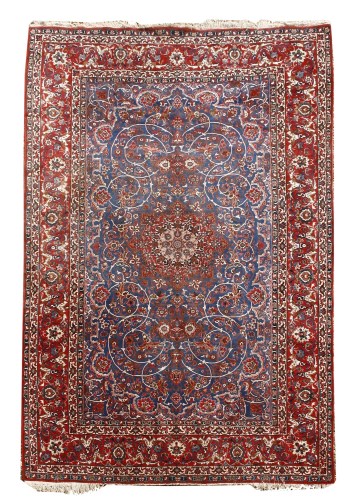 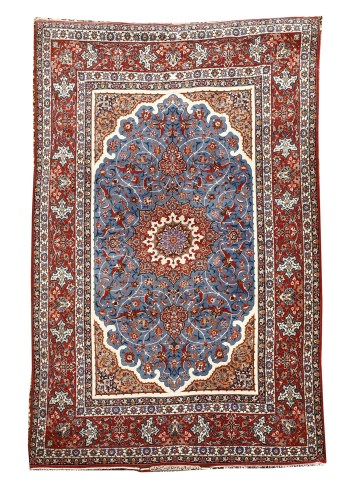 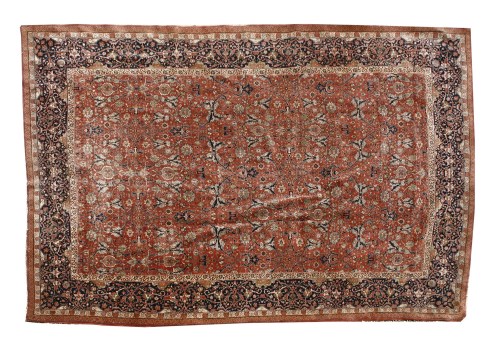 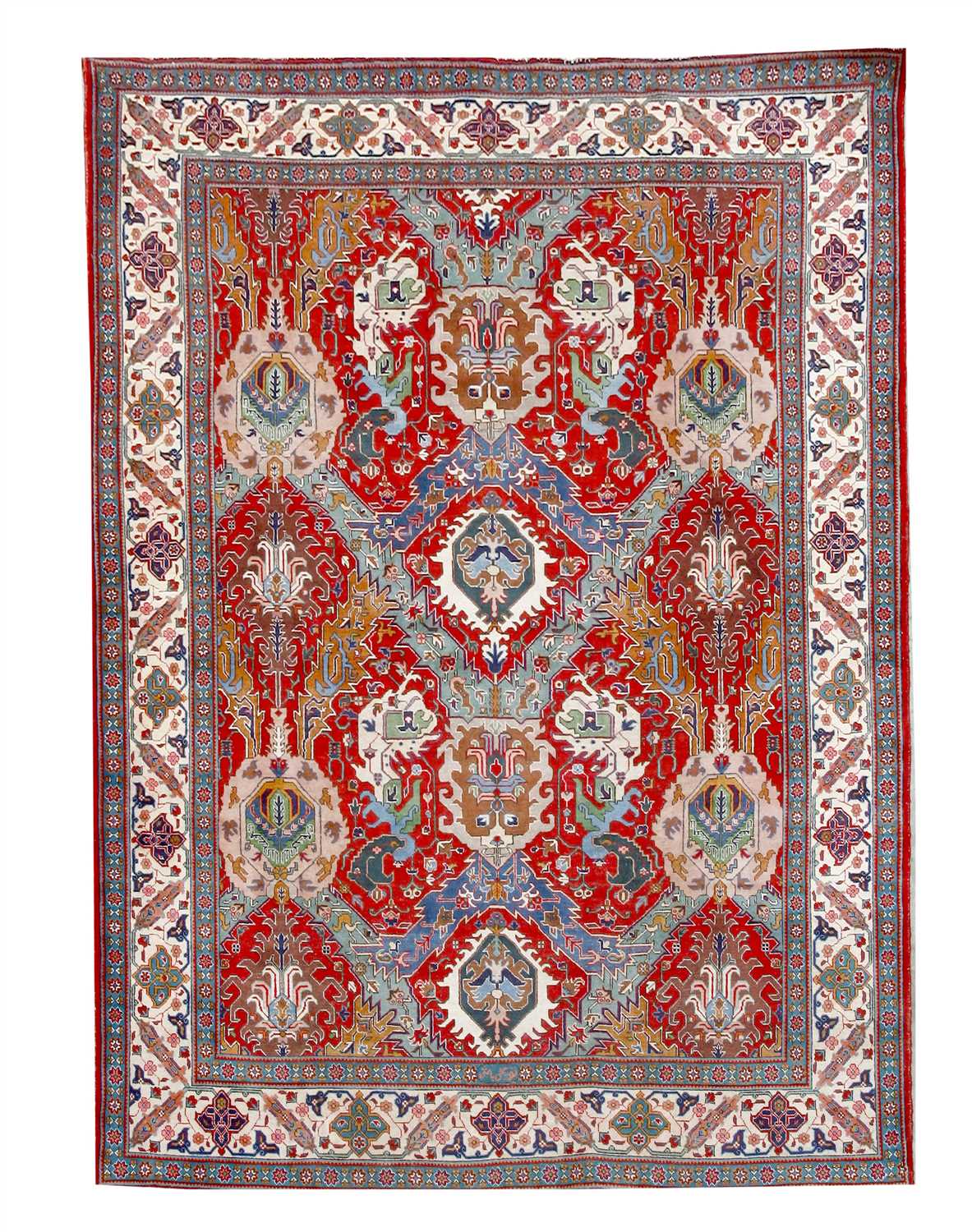 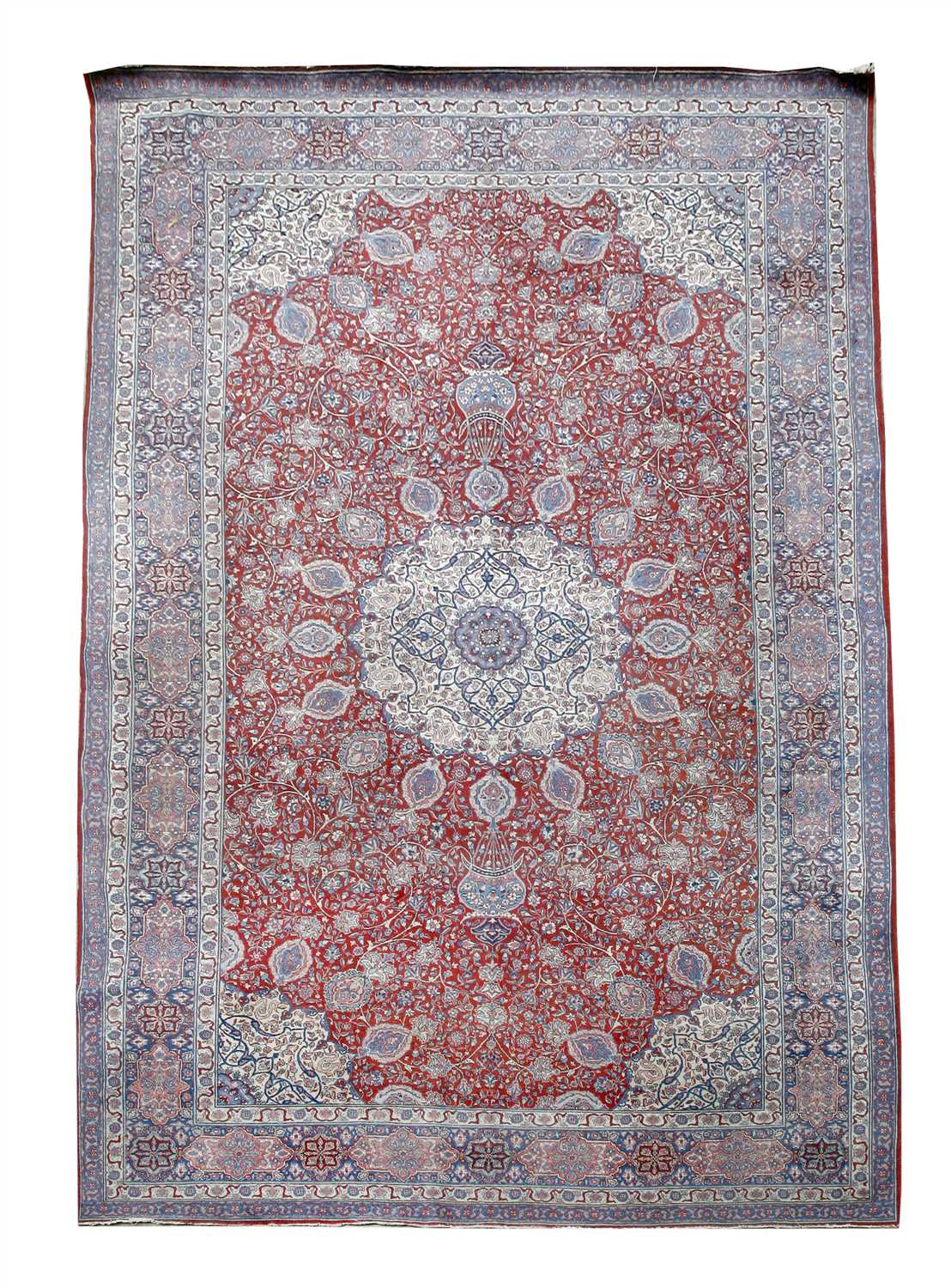 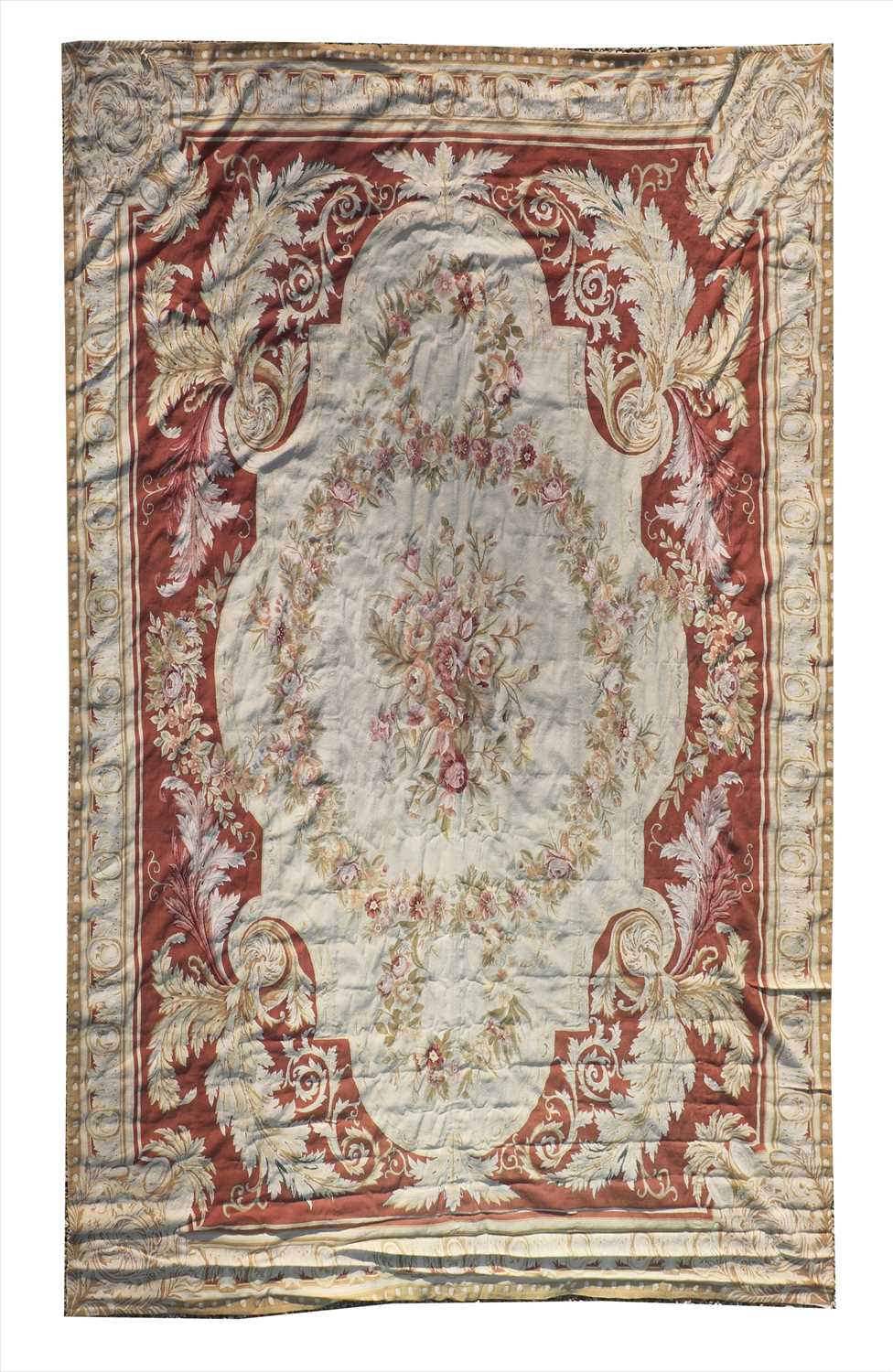 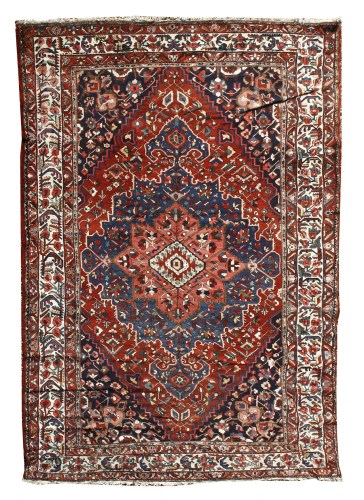 Want to know how much your Rugs & Carpets may be worth? Fill out our easy to use form and a member of the team will be in touch with free advice shortly.

We Stand With Ukraine

Sworders have donated £2,408.70 the profit from the sale of thirteen paintings by contemporary Ukrainian artists to support the work of the Disasters Emergency Committee Ukraine Humanitarian Appeal.

A Home With Heart | Colour, Pattern, and Texture

Solid colour, floral, stripes, or geometric… our specialists have selected the brightest and boldest lots from our upcoming Fine Interiors sale, featuring highlights from a North London townhouse.