“Perhaps to a modern woman, the hand-wrought jewellery by Dorrie Nossiter will have the greatest appeal. She has designed rings, necklaces, clips and earrings, earrings being the most handsome of all - and she gives her works of art such charming appellations as Quiet Evening, Stamboul and Treasure Trove.”

A reviewer of the Art by Four Women exhibition held at the Walker Gallery, London in 1935 spoke in glowing terms of the ‘second generation’ Craft Revival goldsmith, Dorrie Nossiter (1893-1977). An alumni of the Municipal School of Art in Birmingham (1910-14), by the 1920s she had moved to the Home Counties and was producing jewellery inspired by the natural forms of plants and flowers. Her work in both silver and gold is characterised by harmonious clusters of claw-set precious and semi-precious gemstones.

Nossiter’s work is seldom signed or hallmarked and dating is made more difficult by the survival of few original designs and exhibition photographs. The “charming appellations” have also been lost.

Accordingly, it is not uncommon for Nossiter jewels to be confused with those of her friend and contemporary, Sibyl Dunlop, who worked in a similar idiom across a wider range. It takes a good eye to differentiate between their two styles and detect the hands of the two setters (the King Brothers) Nossiter used throughout her career. Original boxes with trading addresses can help confirm dates and attribution and accordingly add commercial value. 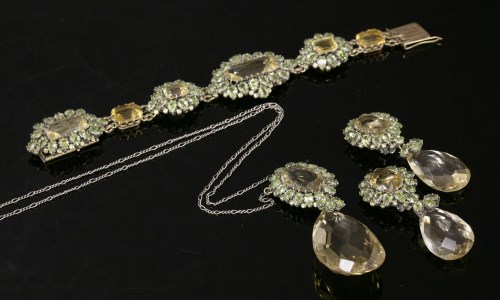 An Arts & Crafts citrine and peridot
Sold for £920

An Arts and Crafts silver and gemstone brooch
Sold for £190 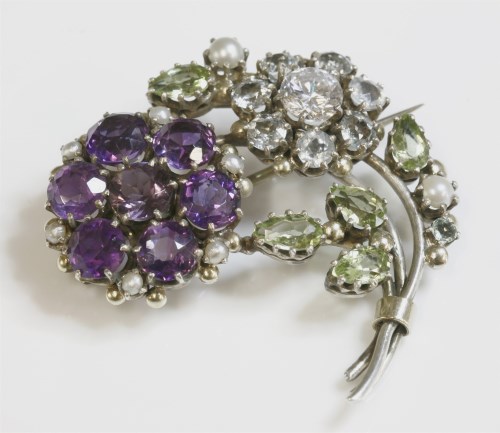