Duffy Ayers trained at the Central School of Art in London.  She married Michael Rothenstein and lived in Great Bardfield for approximately twelve years from 1941.  She took a break from her work to raise her family, but resumed in the 1990s.  She works on a small, intimate scale with a particular interest in portraiture.

Following the break-up of her marriage to Michael Rothenstein, she married the designer Eric Ayers and moved to London, where she taught for many years at Denman Women’s Institutes’ College.  Her work has been exhibited and published widely in Britain and overseas. 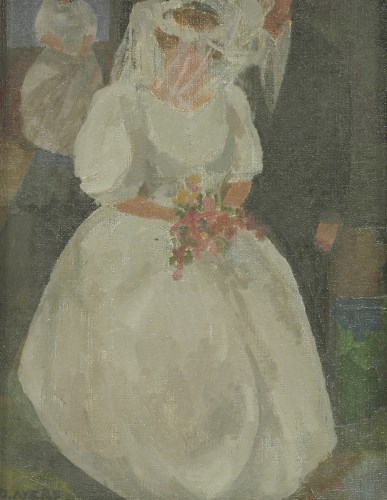