Elisabeth Frink grew up in Little Thurlow, Suffolk she greatly appreciated the wildlife of the area when she was a child and noted the strong military presence, East Anglia was dotted with airfields and army camps during the war. She witnessed planes returning to base in flames and German machine-gun fire overhead. She attended Chelsea School of Art in 1949 and developed her art against the backdrop of a hopeful but austere post-war Britain.

The mixture of a rural upbringing and a wartime childhood resulted in a diverse range of subject matter; wounded birds, helmeted and goggled airmen and strong noble horses to name a few. She was commissioned throughout her life to create sculpture for public spaces, many of which were in her favourite medium of plaster cast in bronze.

After her childhood in Suffolk, Frink lived in London, France and finally Dorset, but the influence of this county can be seen in her works throughout her life. Her first solo exhibition was at St George's Gallery, London, in 1955, after which she exhibited prodigiously.  She is represented in museums and collections throughout the world.  In 1977 she became a Royal Academician and in 1982 a Dame of the British Empire. She died in 1993, seven days after the unveiling of her final commission, a figure of Christ for the facade of Liverpool Cathedral. 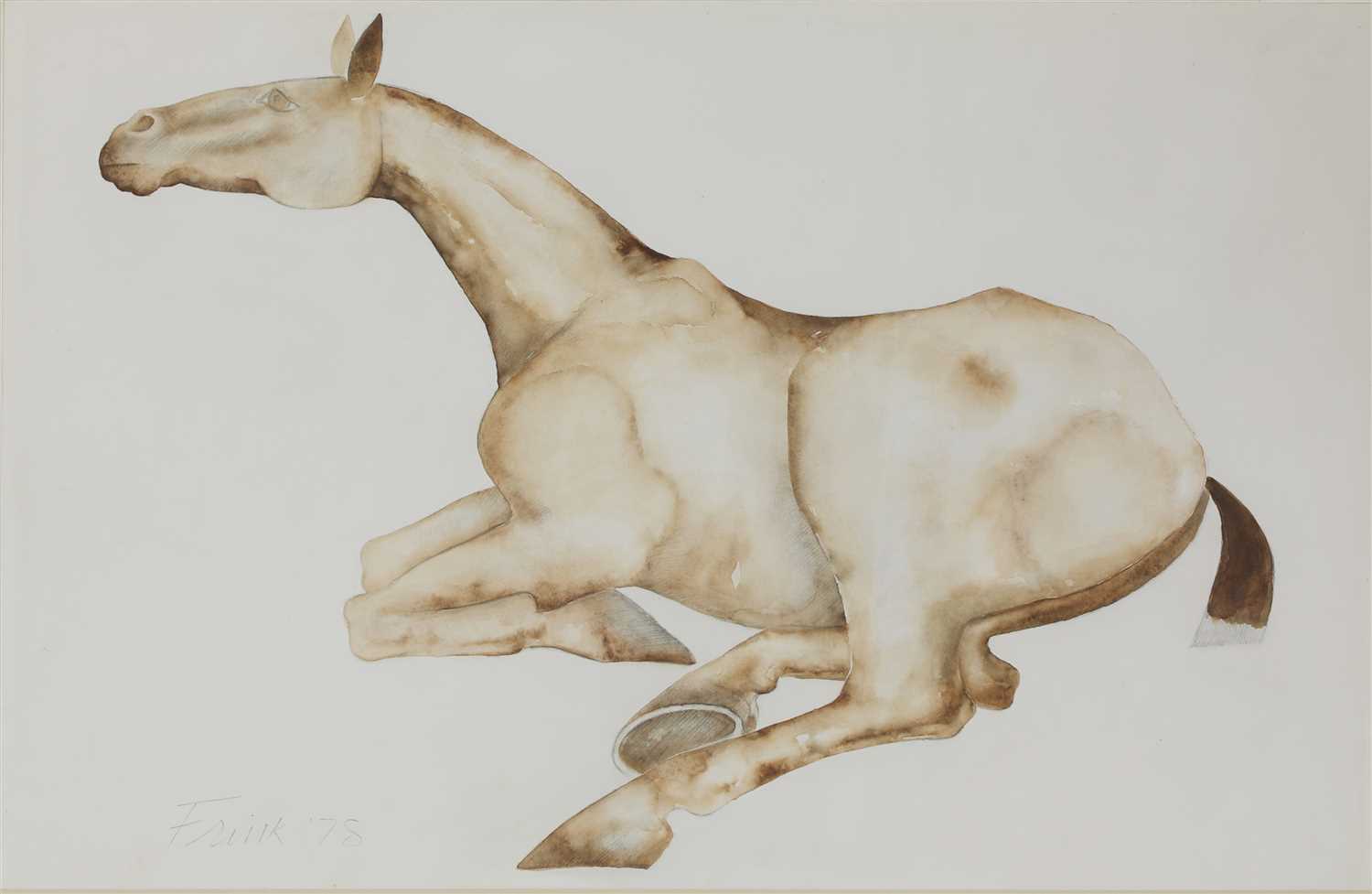 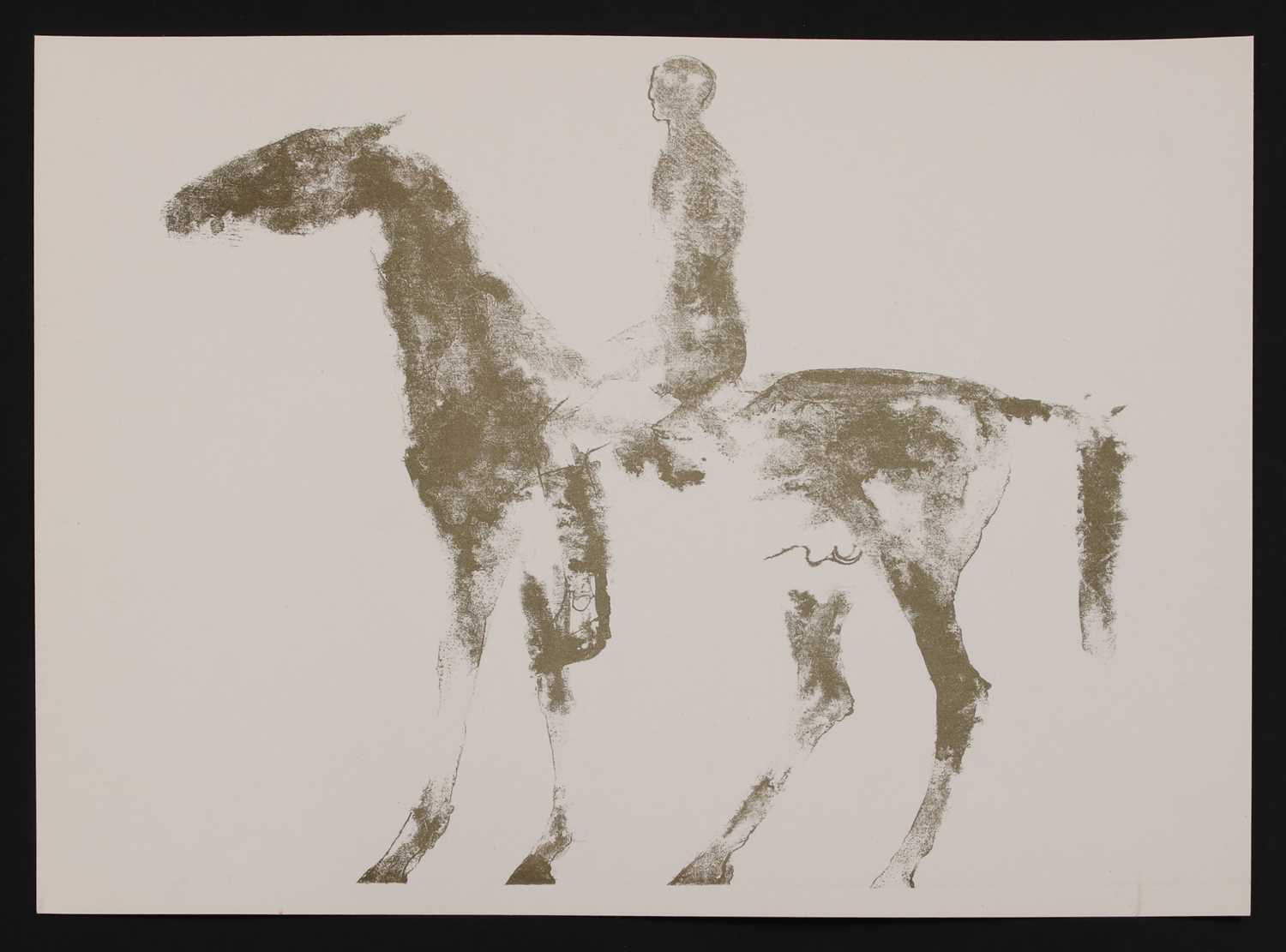 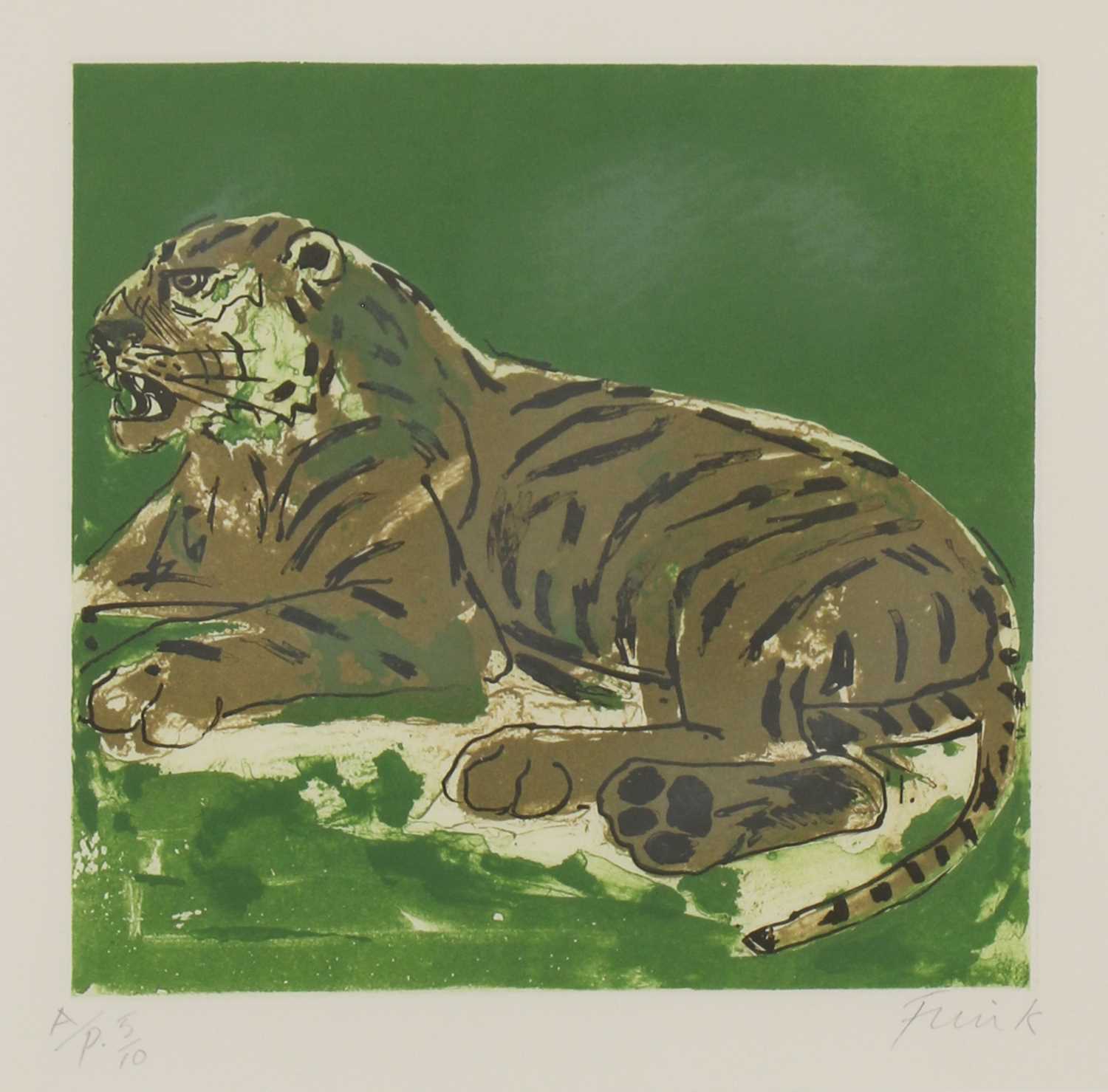