Along with Edward Bawden, Eric Ravilious is one of the most widely celebrated English artists of the 20th century and a great scion of the Bardfield and North West Essex group.

Ravilious enrolled at the Eastbourne School of Art and in 1922 won a place to the Royal College of Art, where he met his lifelong friend, Edward Bawden.  Amongst the most influential tutors of the college was Paul Nash, who was to have a great influence on Ravilious’ watercolour style.  In 1928 Ravilious was commissioned to paint murals for the refreshment room in Morley College in London, along with  Charles Mahoney who worked on the walls of the concert hall.  Commissioning of such young artists caused much interest in the press and the mural was much acclaimed, but unfortunately destroyed during the blitz.

In 1932 he moved with his new wife, Tirzah, to the Bawdens’ home in Great Bardfield.  Ravilious was a prolific painter, book illustrator, lithographer, muralist, engraver and ceramic designer.  He was encouraged to take up wood engraving by Paul Nash and displayed a striking and original ability.

In 1937 he collaborated with the architectural historian, JM Richards, on the book ‘High Street’, in which he produced a number of lithographic illustrations for

shopfronts and agricultural and architectural features of the English high street.  This is now regarded as one of the most important illustrated books of the 20th century.  Ravilious’ other major achievement in lithography, the ‘Submarine’ series was completed in 1939.  From 1936 Ravilious was working on pottery designs for Wedgwood, perhaps the best known resulting from this collaboration is his famous bowl, ‘Boat Race Day’, completed in 1938.

His chief interest was in watercolour painting, however, like Bawden, his work covers a wide range of decorative art and design.

In 1942, whilst stationed in Iceland during his time as a war artist, Ravilious went out to sea on an air sea rescue mission; his plane failed to return. 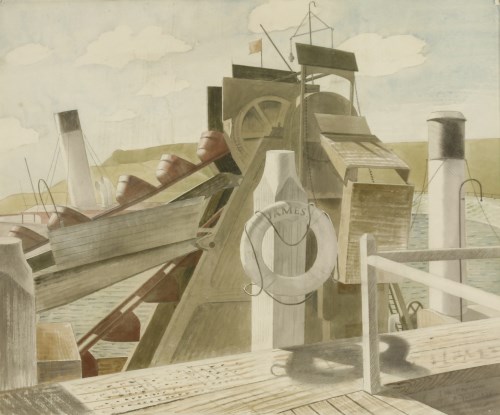 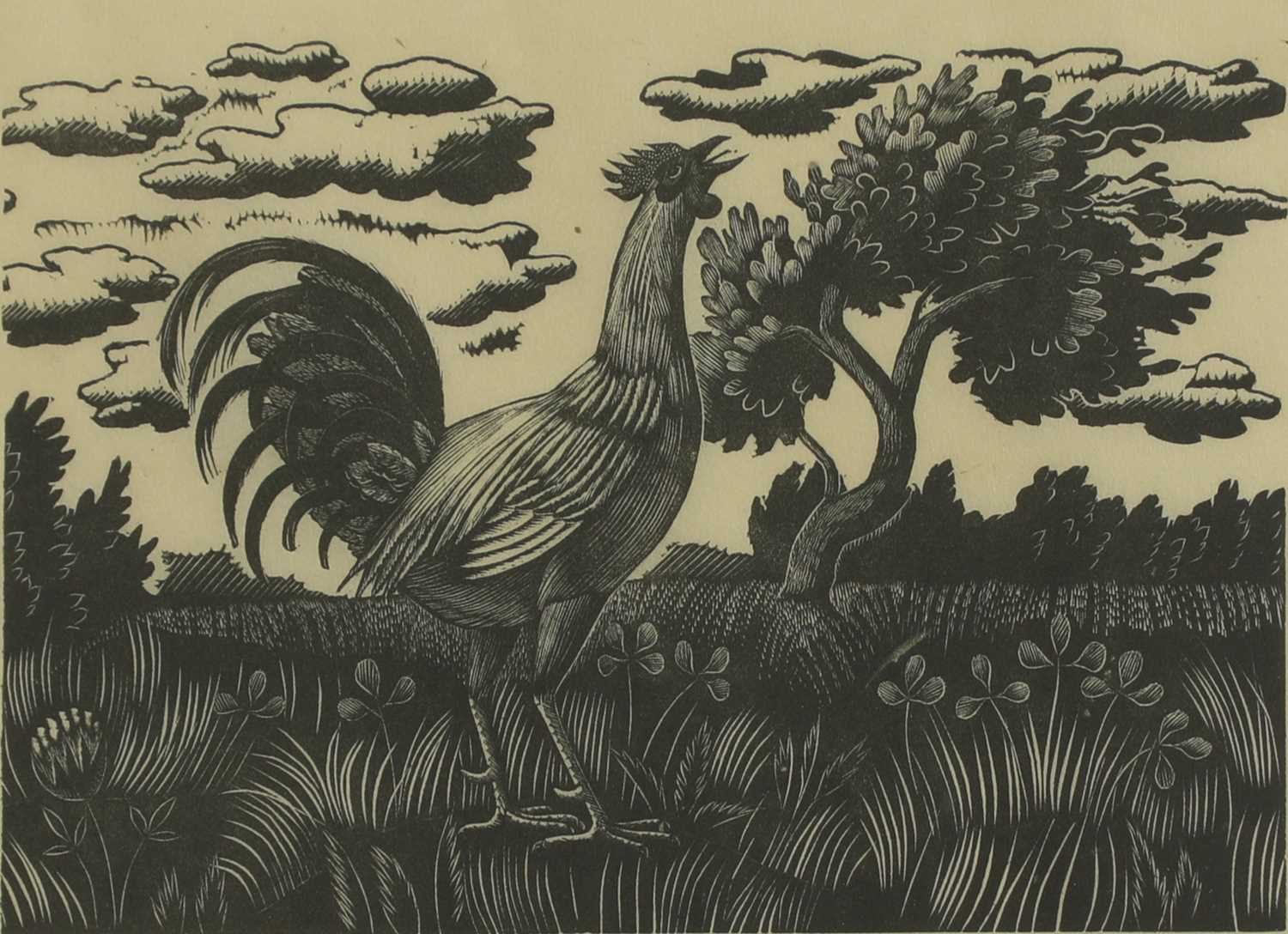 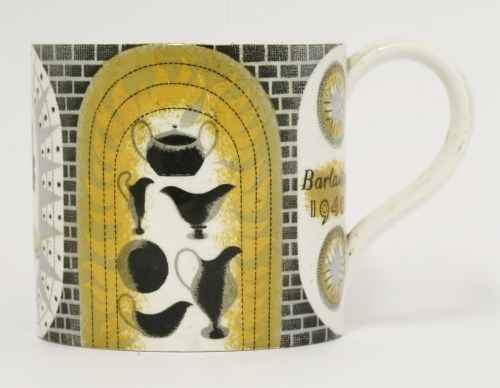