Granddaughter of Charles Darwin, Gwendolen Mary Darwin was born into an academic family in Cambridge. She took painting classes at the Slade School of Fine Art from 1908 and taught herself the art of wood engraving with little other guidance than the inspiration of Georgian engraver Thomas Bewick. She married fellow Slade student Jacques Raverat in 1911.

Wood engraving became Gwen Raverat's medium, she  in 1909 and in 1920 helped to found the Society of Wood Engravers, alongside Lucien Pissarro, Eric Gill and John Nash amongst others. Raverat lived near Royston after her marriage, the couple later moved to France as Jacques health deteriorated. After her husband's death in 1925, Gwen returned to England and continued her work as a wood engraver and illustrator, having maintained links to the Bloombsury Group whilst living abroad.

She designed the set for the ballet 'Job: A Masque for Dancing' by Vaughan Williams and Ninette de Valois. She moved back to Cambridge where she lived for the rest of her life and maintained  close links to Darwin College. Her enormously successful memoirs Period Piece, contain many reproductions of her drawings and engravings. 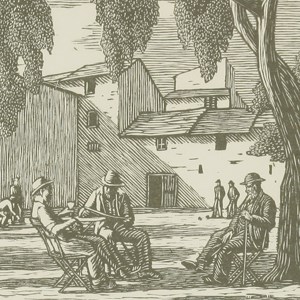 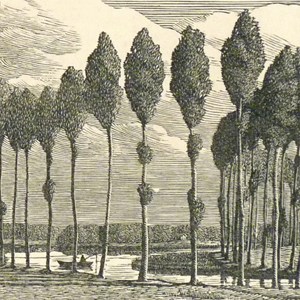 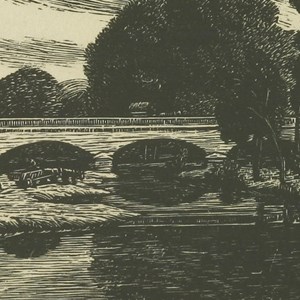