Harry Becker was born in Colchester to a German doctor father, he attended the Royal Academy Schools at Antwerp and the Paris studio of portrait painter Carolus Duran. France provided  inspiration in the form of Degas and the Impressionists, whom Becker greatly admired. He continued to paint in a style learnt from Duran on his return to Essex, until he moved to London in 1894.

Whilst in London he made his mark as a lithographer and married fellow painter Georgina Waddington. His interest in farm workers was realised during trips to the flatlands of Kent, Holland and East Anglia. Although he accepted a commission to paint a mural on this subject for Selfridges, Becker had a strong aversion to patronage and the commercial art world thus the project was never completed. He rejected any notion of self -promotion and refused membership of any artist group.

In his late 40s Becker lost interest in London and moved Wenhaston, followed by Hinton near Darsham in Suffolk. Here he echoed the Impressionists and working out doors, he produced rapid sketches  painting the farm labourers as they worked in the fields in the early mornings. He continued to shun patronage and could hardly bear to part with his paintings,as a he lived  in almost as much poverty as the farm labourers that so engrossed him. His paintings succeeded at capturing a way of life on the brink of extinction as the First World War and mechanisation took thousands of men out of their rural jobs, leaving behind a somewhat deserted landscape. His work was exhibited at the Royal Academy and in Venice and Milan. 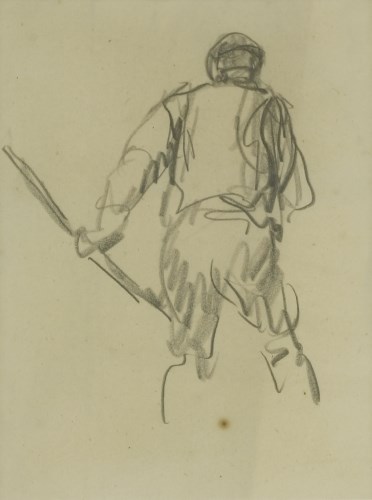 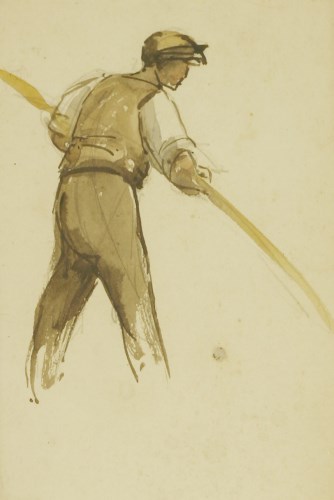