Born in Yorkshire, Henry Moore first experienced East Anglian life when his family moved to Wighton, Norfolk, in 1922 in an attempt to improve his father's health. Moore attended the Royal College of Art but spent his holidays in Wighton where he collected flints and carved in the yard of his sister's schoolhouse. The smooth twisted shapes of the flints bear a similarity to his reclining figural sculptures. He is known to have felt strong affection for Wighton and wrote to a friend confessing his admiration for the strongly built country girls of the area; a possible inspiration for his broad feminine sculptures.

From around 1925, Moore spent less time in Norfolk , he moved to London as his reputation grew, as well as his commissions and exhibitions. His first solo show was held at the Warren Gallery, London, in 1928, the year that also saw his first major public commission, a sculpture for the new headquarters of London Underground. The Leicester Galleries held three major solo exhibitions of his work in 1930s.

He was appointed an official war artist at the outbreak of the Second World War and produced his now famous images of citizens sheltering in the Underground. His own London flat was damaged by a bomb leading to his decision to move to the countryside.

In 1940 Moore and his wife moved to a large farmhouse in Perry Green, Hertfordshire, he turned outbuildings into studios and together they developed a beautiful garden. He was appointed Trustee of the Tate Gallery in 1941 and held his first solo exhibition in America at the Bucholz Gallery, New York, in 1943. An international retrospective of his work was held at the Museum of Modern Art, New York, in 1946.

Moore's daughter was born in 1946, following which he worked on the subject of mother and child with increased intensity. His work became a symbol of post-war optimism especially after his solo exhibition at the Venice Biennale in 1948.

In 1977 he established the Henry Moore Foundation to which he left his Perry Green. 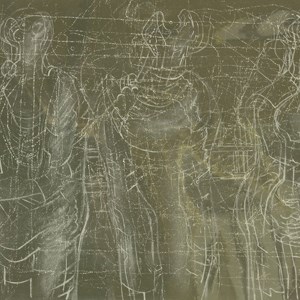 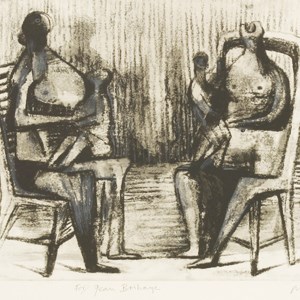 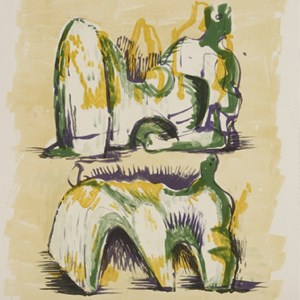