John Constable was born in the village of East Bergholt on the River Stour in Suffolk. His father was a corn merchant , Constable was expected to one day take over the family business. Largely self- taught, the young Constable took himself on sketching trips and fell in love with the beauty of the East Anglian countryside.

He became a student at the Royal Academy Schools in 1800 after persuading his father to let him pursue his art. Whilst studying he was influenced by the works of Jacob van Ruisdael, Thomas Gainsborough, Peter Paul Rubens and Claude Lorrain. He first exhibited with the Royal Academy in 1802, that same year refused the position of drawing master at Great Marlow Military College, determined to instead become a  landscape painter.

Constable married his childhood friend Maria Bicknell in 1816, they honeymooned along the south coast where he found further inspiration in the light and atmosphere of the coast. He sold his first important canvas The White Horse in 1818 which encouraged him to  produce his famous and influential 'six-footer' paintings. In 1821 Theodore Gericault noticed his painting The Hay Wain at the Royal Academy's exhibition and took word of it back to Paris; the painting was exhibited in the Paris Salon of 1824 where it was awarded a  gold medal. He enjoyed great success in France, but less so in England where demand was for more dramatic and romantic works,  despite this he refused offers to tour internationally, preferring to live modestly and remain in England.

Constable's wife Maria died shortly after giving birth to their seventh child in 1828. Her loss affected him deeply, he mourned her  the rest of his life. He became a Royal Academician in 1829 and was appointed Visitor to the Royal Academy in 1831, after which he lectured there frequently. He died in 1835 and was buried with his wife in Hampstead. He is, without doubt, one of the greatest and most influential artists of the 19th Century. 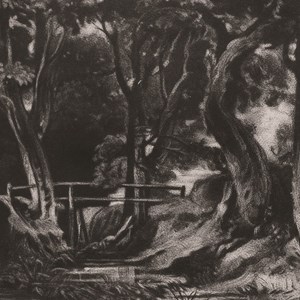