Born in Scarborough to a Quaker family, he studied at Ruskin Drawing School in Oxford and the Slade School in London.  During the Second World War, he was commissioned by Kenneth Clarke’s War Artists’ Advisory Committee to undertake drawings and paintings of the British landscape, ancient monuments, churches and other examples of the fabric of British life, threatened as much by developers as the German invasion.

In 1941 he and his wife moved to Great Bardfield to be close to their friends, Eric and Tirzah Ravilious.

In the late 1940s he worked on a number of commissions for book jackets and his ‘Essex Tractor’ was one of the most  successful of the ‘School Print’ series, devised by Brenda Warmsley.

Rowntree became Professor of Fine Art at Durham University in 1959 from which he retired in 1980.

Leaf From an Australian Sketchbook 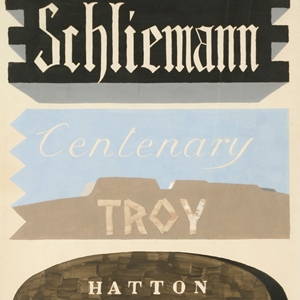 A Design For a Poster 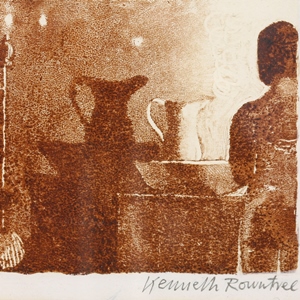