Peter Coker was born in London in 1926, to a businessman father and an art-loving mother. His artistic flair was discouraged; he was instead pressed to pursue a career in business. He eventually overcame this and took evening classes at St Martin's School of Art where he became full time at the age of 17.

He became an associate with the 'Kitchen Sink School' of artists due to his stark paintings of the interiors of butchers' shops. This group was made up of British painters who determinedly refused to be led by fashion. These works have remained some of his most memorable with their depictions of great joints of meat and dangling carcasses,  they  brought him nationwide attention at his show at the Zwemmer Gallery in 1958. However he  was sadly eclipsed by the excitement caused by the ground-breaking Abstract Expressionism exhibition brought to London by New York's Museum of Modern Art in the same year.

Coker was not discouraged, and continued to paint in a realist fashion with increasing focus on the landscape. His love of the countryside began at the age of 11 when his family moved to Essex and he developed a keen interest in the works of Courbet whilst in France in 1949. After his marriage, he lived in the Essex village of Mistley, near Manningtree, where he became close friends with the nearby artist John Nash. He also taught at St Martin's and at the Royal Academy Schools, and became a Royal Academician in 1972.

After the tragedy of his beloved son's death in 1985, Coker found comfort in his paintings, which he continued to produce until his death. 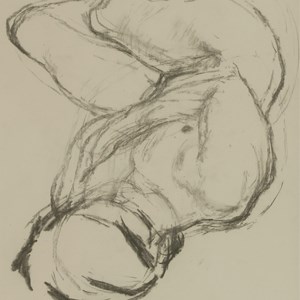