Born in Nottinghamshire, Robinson studied at the Nottingham School of Art and at the Royal College of Art, under her influential tutor, Edward Bawden.  She, together with Walter Hoyle, assisted Bawden with his large mural for the 1951 Festival of Britain.  At the RCA she met and married Bernard Cheese, and they moved to Thaxted to raise their children, Chloe and Ben.  After her divorce, she and the two children moved to Cage House, Great Bardfield.

Throughout her career, she undertook a wide range of commercial commissions, including a series of stamps for the Post Office and designs for large organisations such as Schweppes.  A modest and unassuming artist, she is now principally remembered for her distinctive and beautiful prints, which reflect ed the interest and humour with which she viewed the world. 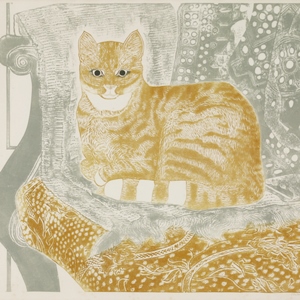 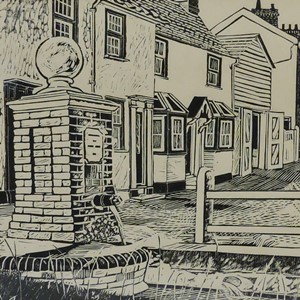