After the Portland Vase was smashed in 1845 so to was the greatest piece of Roman cameo glass ever made. Although the vase had been replicated by Josiah Wedgwood in Jasperware, the technique for producing cameo glass had been lost since the Roman era.

It was the Stourbridge firms of Thomas Webb & Sons, Stevens & Williams and WH, B & J Richardson who revived this ancient art after John Northwood's success in reproducing the vase in its original material. Executed by casing a glass vessel with another layer and then cutting a design which would stand in relief. Pieces like the Milton Vase featured in multiple international exhibitions, it firmly secured Stourbridge as one of the greatest centres for glass production at the end of the Victorian era.

A new world record for a piece sold in November 2019 gives a clear indication of a continued interest of these fine works. 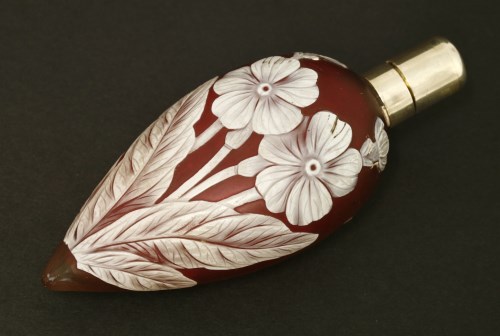