Hendrik van Minderhout was born in Rotterdam and, for unknown reasons, was known as the 'Green Knight of Rotterdam'. He was recorded as working in Bruges in1652, and later in Antwerp in 1672, where he remained until his death in 1696.

Primarily known for his grand Italianate Mediterranean harbour views (see ‘Italianate Harbour Scene, with the Monument of Ferdinand I de’ Medici at Leghorn’, Royal Greenwich Museums), Minderhout was exceedingly versatile and also painted landscapes, views of Antwerp and Bruges as well as harbour capriccios, battle scenes and seascapes, as here. This has led in the past to suggestions that there may have been two artists responsible for paintings now attributed to him. There is an element of majesty and grandeur to his style which appealed to the baroque tastes of the late 17th century audience, comparable to Willem van de Velde the Younger. Although born in Holland, he is considered to be the last great Flemish marine painter.

Often choosing a low viewpoint, building his compositions around a busy harbour in the foreground, teaming with detail. He became a member of the local Guild of Saint Luke in Antwerp and gifted a large painting of an Oriental Port so that he may be exempted from any guild duties. By his second wife, Minderhout fathered five children, of whom two, Anton van Minderhout (26 Sept 1675-22 Dec 1705) and Willem August van Minderhout (28 Aug 1680-31 June 1752), became painters. 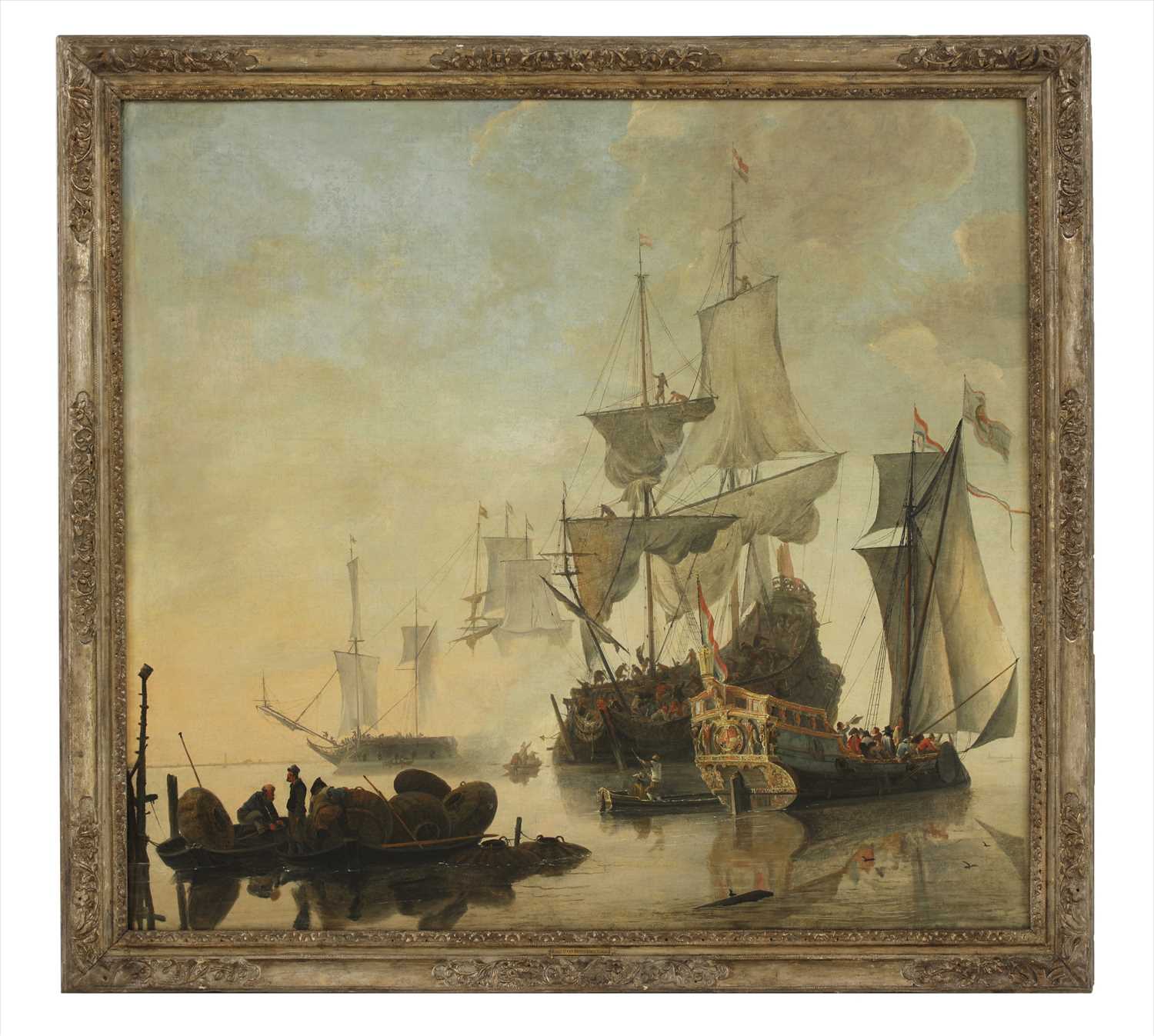