Moorcroft ranks among the most enduring of the ‘art potters’ that enjoyed wide popularity in Britain at the end of the 19th century. Despite a chequered ownership history, the Cobridge, factory continues today, producing the distinctive ‘tube-lined’ wares made famous by founder William Moorcroft (1872-1945) more than a century ago.

Moorcroft remains popular with a broad range of auction-goers from the English-speaking world but with more than a century of continuous production, the range of product and price is huge. Prices begin at £10-20 for standard wares from the utilitarian Powder Blue range and climb to the five-figure sums paid at auction for ambitious pieces from the Florian Ware range, produced by Moorcroft while a designer for the commercial pottery James Macintyre & Co at the turn of the 20th century.

As a general rule, while some modern limited edition pieces can bring substantial sums, it is the wares carrying the hand-painted signature of William Moorcroft or son Walter (1917-2002) which are most sought after. Patterns in the Art Nouveau or Arts and Crafts taste - sold through Liberty & Co. in London and Tiffany in New York - are typically the most highly regarded. These include the Hazeldene, Moonlight Blue and Eventide landscape patterns, Claremont with its toadstool motif and striking floral designs of poppies, pansies and wisteria. Flambé glazes or patterns made exclusively for export are also desirable as to are the pieces applied with period metalware, such as those with silver or pewter mounts by Liberty or the all-over silver decoration applied for sale in North America. Miniatures, produced in most patterns, are a collecting field of their own: some tiny rarities from the Macintyre era can command sums similar to those for full-size versions. 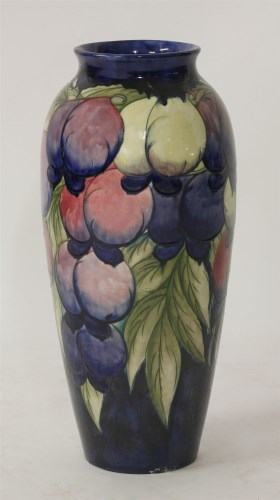 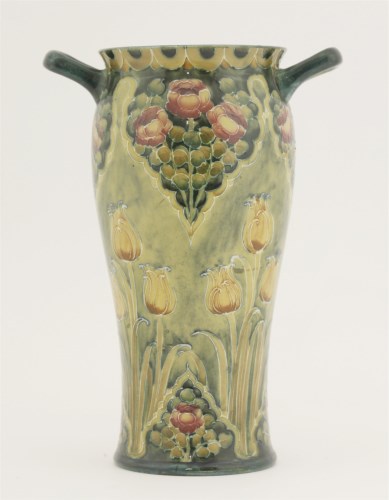 A pair of Moorcroft 'Quiet Waters' pottery vases
Sold for £750 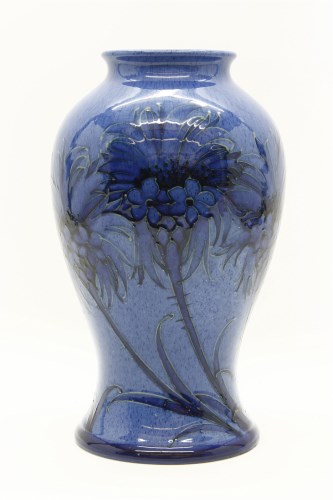 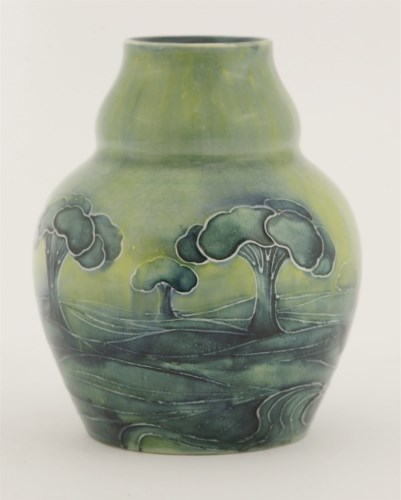 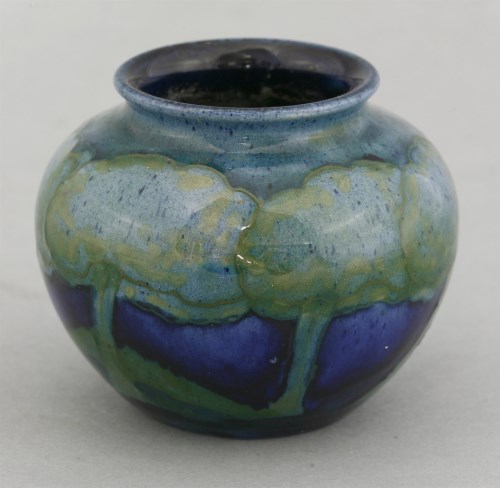 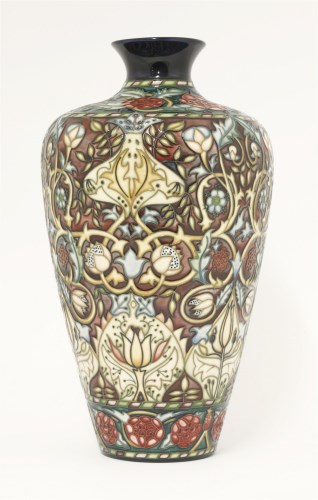