The Native American Navajo tribe’s tradition of jewellery making dates back to the 19th century when tribe members began working with silver acquired from the Spanish.

Atsidi Sadi is widely believed to be the first Navajo to learn the craft of silversmithing, evolving his primary skill of blacksmithing to work with the metal in as early as 1860. The earliest items to have been discovered are concho belts made from hammered Mexican or U.S. silver coins, bracelets and necklaces, but as the tribe perfected their craft, they expanded to produce a full range of decorative jewellery.

Turquoise began to appear in Navajo Indian jewellery in around 1880, believed to have been sourced from the Santo Domingo tribe, and by 1885, the gemstone was in high demand. One story goes that the Ancient Native Americans believed turquoise to be pieces of the sky.  In prehistoric times it was mined for adornment purposes – to produce drilled beads and ornaments. It remains popular to this day due to its unique hue and patterning.

When tourism elevated in the 1920s, visitors to the area were keen to bring back a piece of Navajo jewellery as a souvenir. Particularly popular were squash blossom necklaces, with their hallmark tri-petal silver beads. Supposedly, the shape of these beads was inspired by the Spanish design of a pomegranate. The centrepiece of a squash blossom necklace is the naja crescent-shaped pendant. Worn for beauty and pride - the crescent did not necessarily symbolise a respect for Christianity or the Moorish influence on the Spanish from whom the Navajo people borrowed the symbol. 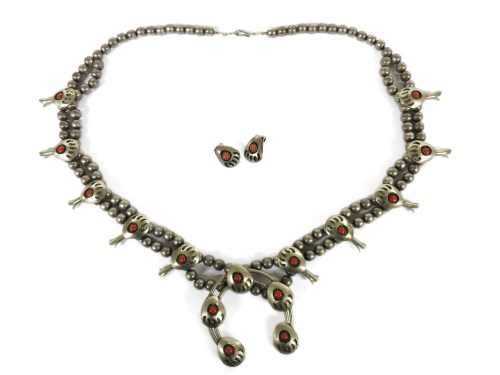 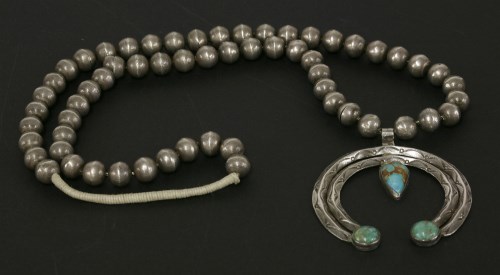 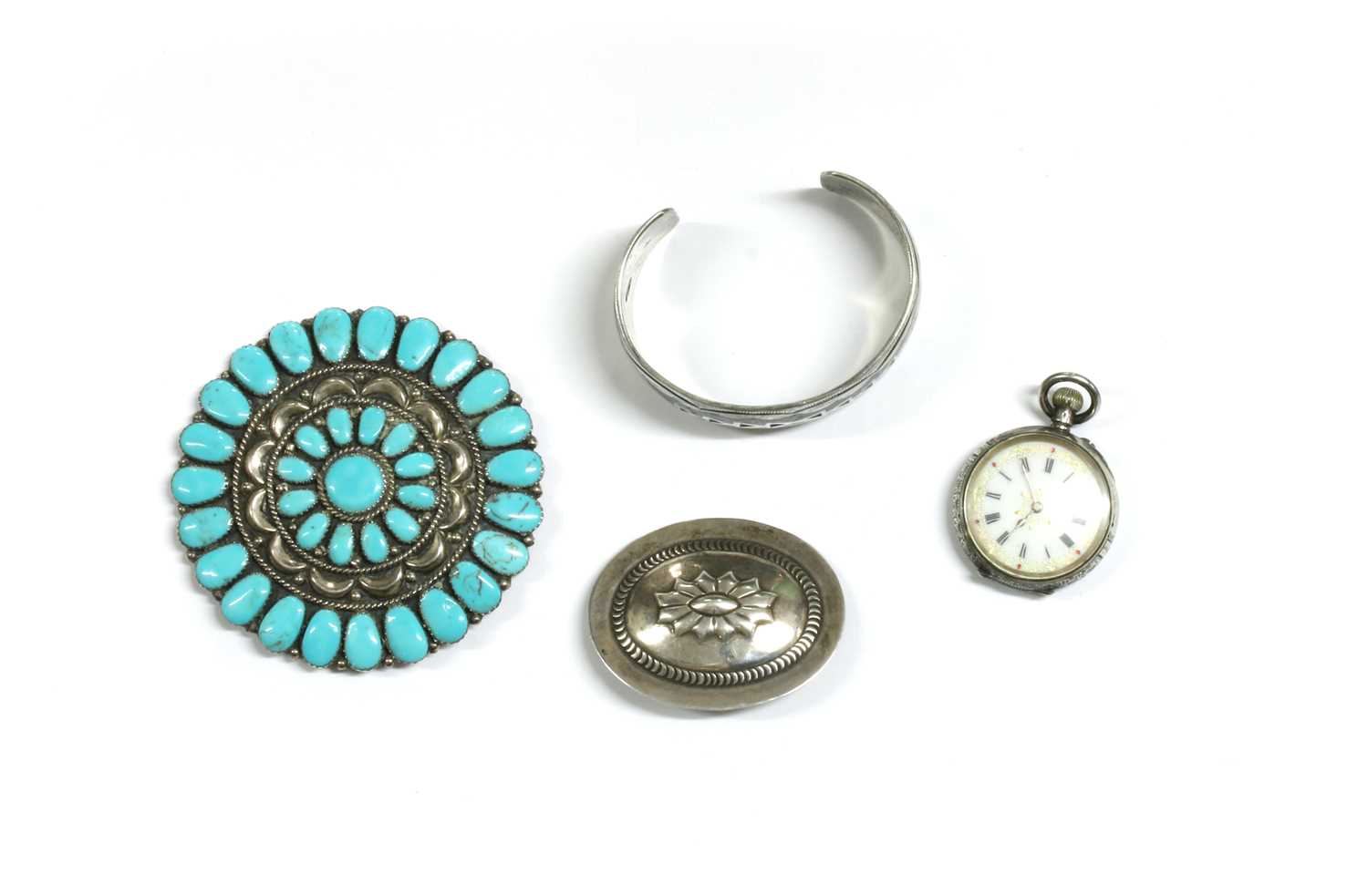