It is believed that this silver frame, engraved with the 'VR' monogram and complete with a monochrome print of the Queen in her later years, was one of a number commissioned by the royal household and given as tokens of appreciation.

The latter years of the Victorian era were the heyday of the royal commemorative. Massive numbers of glass, ceramics, fabric, paper and metal objects were produced to mark the Golden and then the first ever Diamond Jubilees. While collectable, most will sell for only modest sums.

A diminutive 7.6 x 6.8cm silver picture frame with easel stand, for sale as part of the collection of Bryan and Valerie Steele in the 25-26 June Fine Interiors Auction, is a little different. It is believed that this frame, pierced and engraved with the 'VR' monogram and complete with a monochrome print of the Queen in her later years, was one of a number commissioned by the royal household and given as tokens of appreciation. 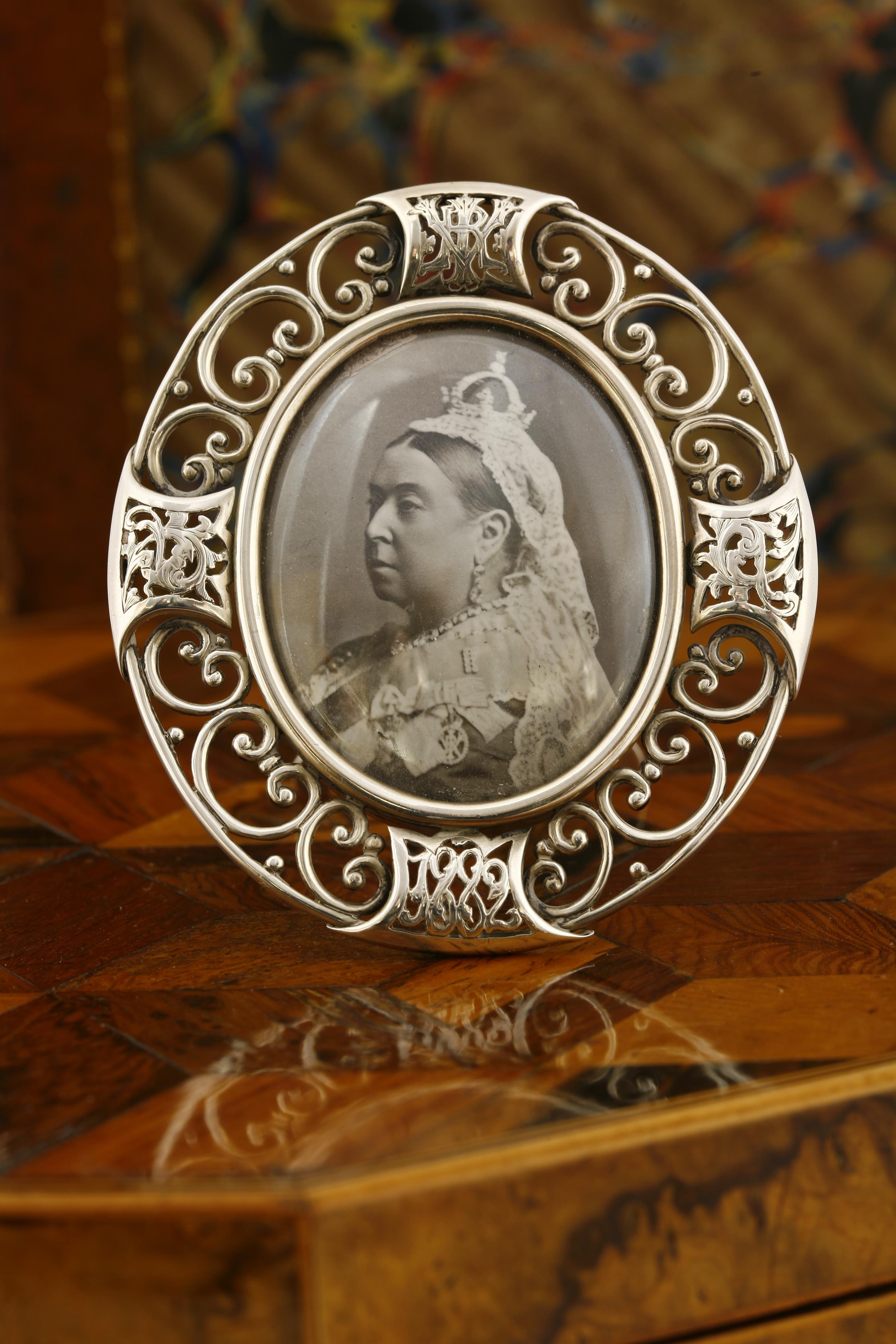 Although this frame is hallmarked for London 1885, and stamped to the reverse 'Thornhill & Co, 114 New Bond St’ the most prominent date is that which appears to the base – 1882. The year was an auspicious one for the queen: she passed 45 years on the throne – thereby becoming the longest reigning female ruler (Elizabeth I had managed 44 years, 127 days) – and escaped unhurt when an attempt was made on her life. On March 2, 1882, Roderick Maclean, a disgruntled poet apparently offended by Victoria's refusal to accept one of his poems, shot at the Queen as her carriage left Windsor railway station.

Victoria was so pleased by the many expressions of loyalty after the attack (Maclean was found not guilty by reason of insanity) that she said it was "worth being shot at - to see how much one is loved".