Situated in the Kingdom of Crystal, Småland, Orrefors is one of the most recognisable names in Scandinavian glass.  Founded in 1898, initial production was utilitarian, focusing on window glass, bottles and tableware.  1914 glassblowers Knut Bergqvist and Oscar Landås moved from Swedish glass giant Kosta to Orrefores and brought a change of impetus, focussing much more on the art glass side of the business.

A direct result of this shift can be seen in the discovery of a new technique, now synonymous with Orrefors – Graal.  A form of cameo glass where a vessel is blown, allowed to cool and cold decorated, before reheating and sculpting into a final form, giving an expanded design suspended within a clear glass wall. 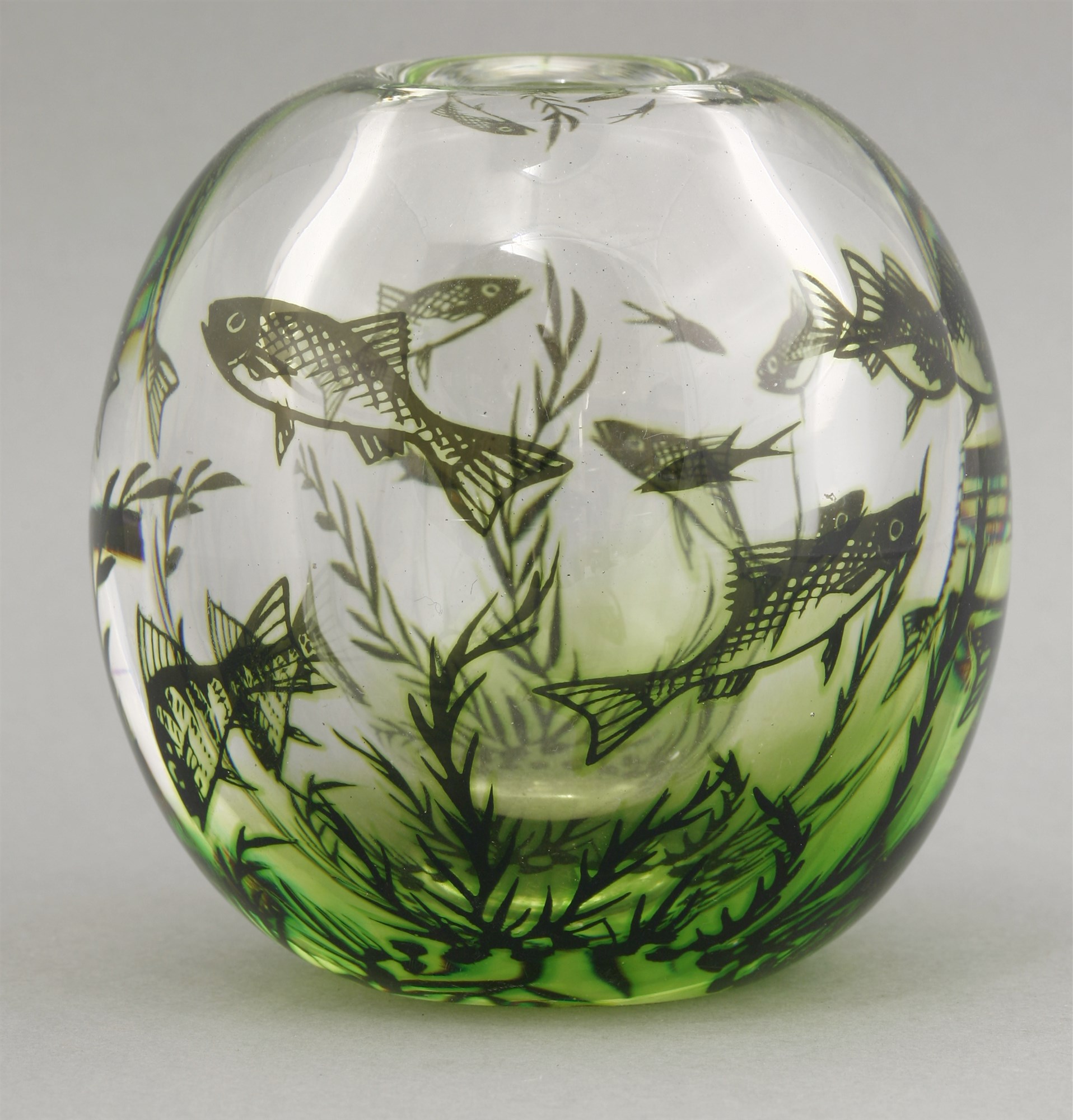 An example of the Graal technique

Two new designers, Simon Gate and Edward Hald entered the Orrefors employment in 1916 and 1917.  A chalk and cheese pair, they represent the success that design lead glass had on Orrefors’ production in the coming years. Recognised by their engraved designs, in tandem with skilled engravers such as Karl Rössler, Orrefors had established themselves on the art glass map.

The adoption of designers and craftsmen working together lead to the employment of Ingeborg Lundin in 1947.  Lundin was Orrefors’ first female designer and one of the first in a wave of female glass creators - after the likes of Gerda Strömberg, Monica Bratt and Tyra Lundgren.  Scandinavia led the way in female glass designers harbouring heavyweights in the industry such as Gunnel Nyman with her Serpentiini vase, Nanny Still with the Harlekiini service and Lena Bergström, Orrefors’ most renowned contemporary artist.

During the 1950s, Ingeborg Lundin designed her most iconic piece the Äpplet (Apple) vase, designed in 1955 in clear and pale green glass. Winning the gold medal at the 1957 Milan Triennale, it is lauded for its asymmetry and thick-walled neck resembling an apple’s stem. This awareness of form became a signature of her time at Orrefors and was much admired by her contemporary male designers.

Featured in Sworders’ upcoming Mid-Century Design sale, this pale green vase is not only a fine example of her work but also of 20th Century Swedish design.

For more information about the sale please contact John Black