A collection of novelty walking sticks, ammassed by the late Gordon Bramah, is to be included in the Fine Interiors auction on the 11th September. The collection is expected to make in the region of £20,000-£25,000.

Gordon Bramah was born in Sheffield and lived there his entire adult life, although his business interests in engineering took him to Australia and the United States. An interest in collecting fine antiquities began in 1983 after a trip to his tailor in Savile Row, where his attention was drawn to a window display of unusual small objects in the store of Gerald Sattin in Burlington Arcade. What began as a curiosity, developed in to a passionate hobby and an extensive collection of around eight-hundred finely crafted and unusual items in silver from Georgian and Victorian eras.

It was during one of his many trips to antique fairs and auction houses that his interest in novel canes and walking sticks began. With a background in engineering and metalwork, he was enthralled by the detailed design and ingenuity that was required to produce an item of quality at the same time as providing a practical solution within.

The collection includes a stick that encloses a flask and drinking cup which is engraved 'To the Right Honourable the Earl of Roseby from Derby (Lord) 1892', it is expected to make in the region of £1,500-£2,000.

Incorporated in some of the other sticks are; a fishing rod, a telescope, a cork screw, a compass, a battery operated lamp, an umbrella and even a folding card table! 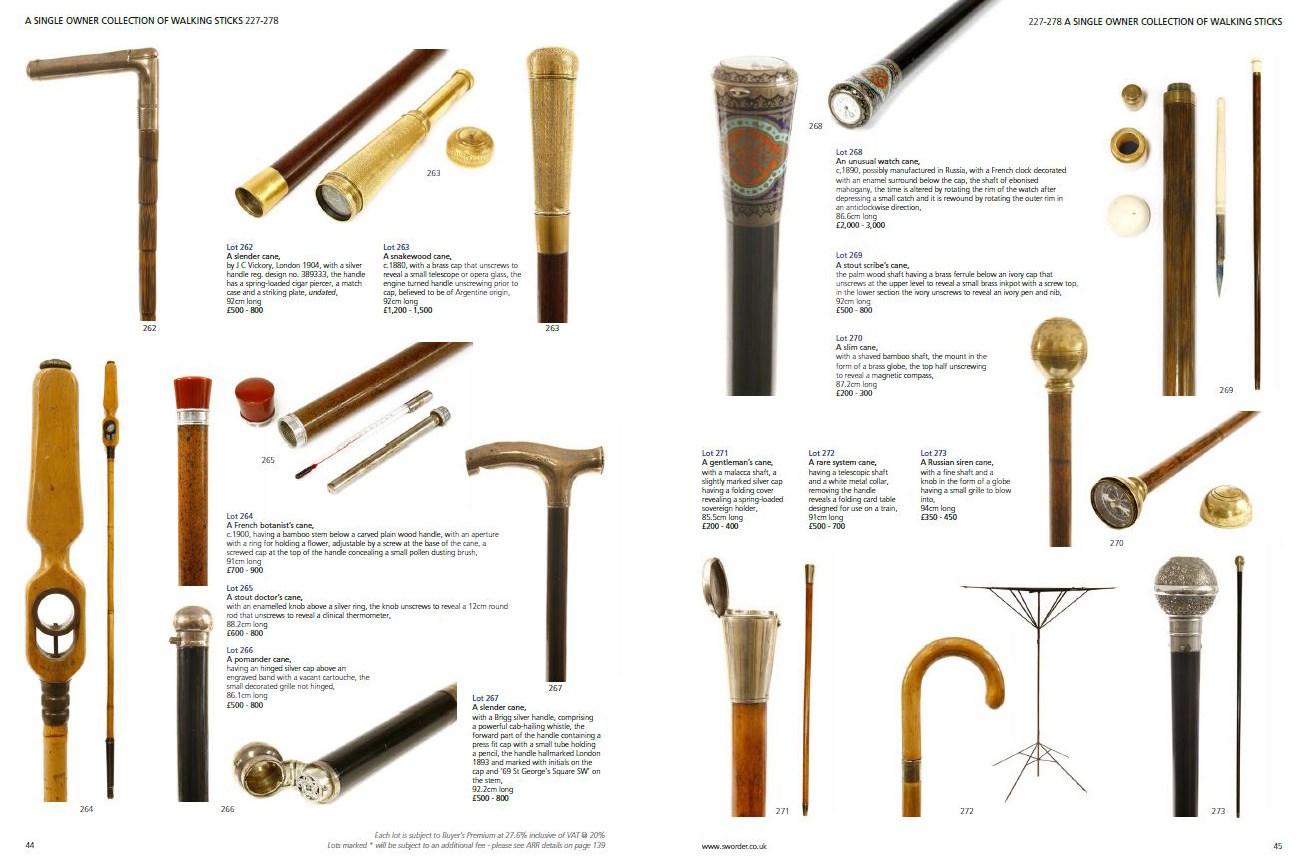