The Scottish artist Sir Eduardo Luigi Paolozzi (1924-2005) was known as a great gift giver - often presenting friends and clients with artworks and tokens he thought they would appreciate. One of these acts of generosity carries an estimate of £40,000-60,000 at Sworders sale of Modern British and 20th Century Art on November 13.

As there are no records of this 85cm bronze having been previously exhibited or sold, it is thought this was a gift to his friend and fellow artist Michael Rothenstein (1908-93). It comes for sale via a descendant. 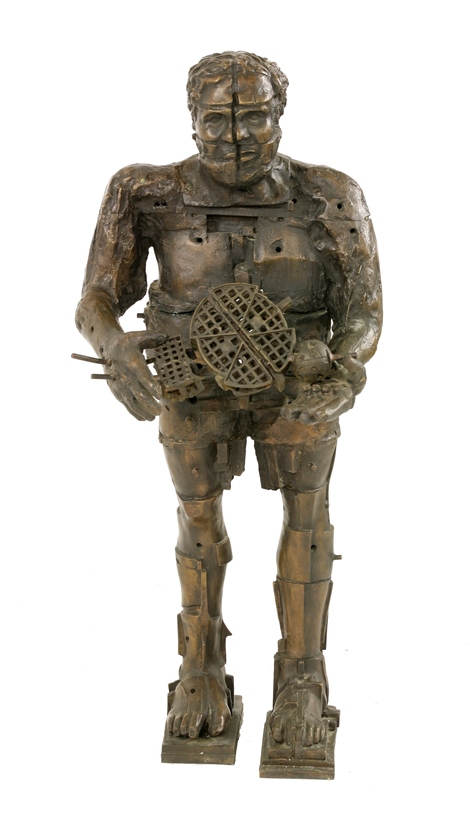 Self Portrait with a Strange Machine relates to the 1987 bronze The Artist as Hephaestus commissioned by the London and Paris Property Group for the facade of their new offices in High Holborn, London. In the full-size work Paolozzi chose to depict himself as Hephaestus (or his Roman counterpart Vulcan) - the god of technology, sculptors, blacksmiths, fire and metals. He used machine parts to create the attributes of his Greek god - a sphere and part of a used washing machine in the place of a blacksmith’s hammer and tongs.

This smaller bronze - carrying the 'Morris Singer Foundry London' stamp on back of right foot - is thought to be one of a handful of preliminary models created as the commission evolved. All are variations on the same theme with this model perhaps closest to a full-sized plaster and polystyrene version the artist gave to the National Portrait Gallery in 1990.