Specialists Top Picks – Mark Wilkinson – Out of The Ordinary

With the first of our off-the-wall ‘Out of The Ordinary’ auctions just around the corner, we speak to the man in charge - Mark Wilkinson - to find out his personal favourites from the most weird and wonderful lots ever to come to auction at Sworders Fine Art!

"Coinciding with the release of Imogen Hermes Gowar’s fictional novel ‘The Mermaid and Mrs Hancock’, this hideous looking creature tells an extraordinary tale of fraud and deception! It’s an art form perfected in the 19th century by fishermen in Japan and the East Indies who constructed faux mermaids by stitching the upper bodies of monkeys onto the bodies of fish. I love the story behind it. And it really is quite realistic! It’s not difficult to see how people of all ages were fooled by the hoax".

"Quite literally out of this world! This meteorite fell in prehistoric times, having emerged from the core of a planet that briefly existed between Mars and Jupiter. It comes with a separate slab section displaying the crystalline pattern contained within the meteorite itself, known as Widmanstätten pattern. This structure is really quite beautiful and totally unique. It occurs nowhere else on earth".

"The very first official Marilyn Monroe cover was actually published in America, however this was a group shot with her on a train with other people. This is her first ever solo cover shot and it’s brilliant that it was issued in the UK. With a very modest estimate of £300-500, other magazines of this ilk have sold for £3,000-£5,000".

"A rather elegant name for an ugly brutish creature but who wouldn’t want to give this dog a home?! It’s by one of the foremost taxidermists of his time, Rowland Ward, and proves a very characterful study".

"I just love Modigliani and have recently visited the current exhibition at the Tate Modern. It’s well worth a trip. Although not by the man himself, this interpretation by West Country Sculptor Nicola Axe is every bit as elegant and would make a stylish addition to the modern interior". 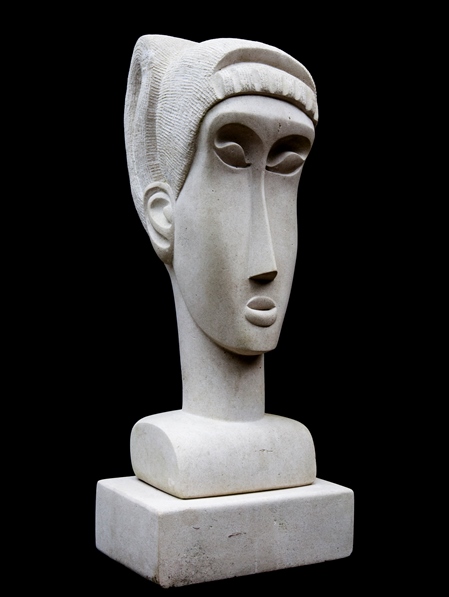 "Kar-mi was the stage name of performer Joseph Hallworth (1872–1956), a travelling entertainer who performed in circuses and Wild West shows. This poster brilliantly encapsulates all the drama of the age, depicting Hallworth as his alter-ego “Prince of India” shooting a cracker from a man’s head! Ready to take home and hang, this framed poster would be a fantastic buy for anyone looking to add a bit of theatre to their home".

"Calling all Interior Designers! This sale isn’t just about oddities and taxidermy, it also champions some really beautiful design. The Auricon Motion Picture Camera is a true movie icon (excuse the pun!) and a real statement piece. And who knows which stars have been captured on its reels in years gone by!"

We are hosting a special preview of the sale with drinks and entertainment at our Stansted Salerooms on Thursday 8 February from 6pm!

Please RSVP to Emma McCann on emmamccann@sworder.co.uk to book your place as spaces are limited.