A Cane Gifted by Napoleon Bonaparte?

A jewel encrusted walking stick believed to have been a gift from Napoleon Bonaparte to a trusted general will be sold in our auction of Fine Interiors in December. It forms part of the collection of the late Peter Crofts (1924-2001), a Cambridgeshire antique dealer whose own story was extraordinary.

The malacca cane is the sort of luxury object that may have been an imperial gift. The ivory handle is carved as a dog's head and mounted in gold, diamonds, opals, garnet, split pearls, coral, turquoise and zircon. An applied paper label reads From The Collection of the Stansfield and Cooper-Horsfall families. This stick was presented to Marshal Soult, with gratitude from Napoleon. The estimate is a conservative £1,000-2,000. 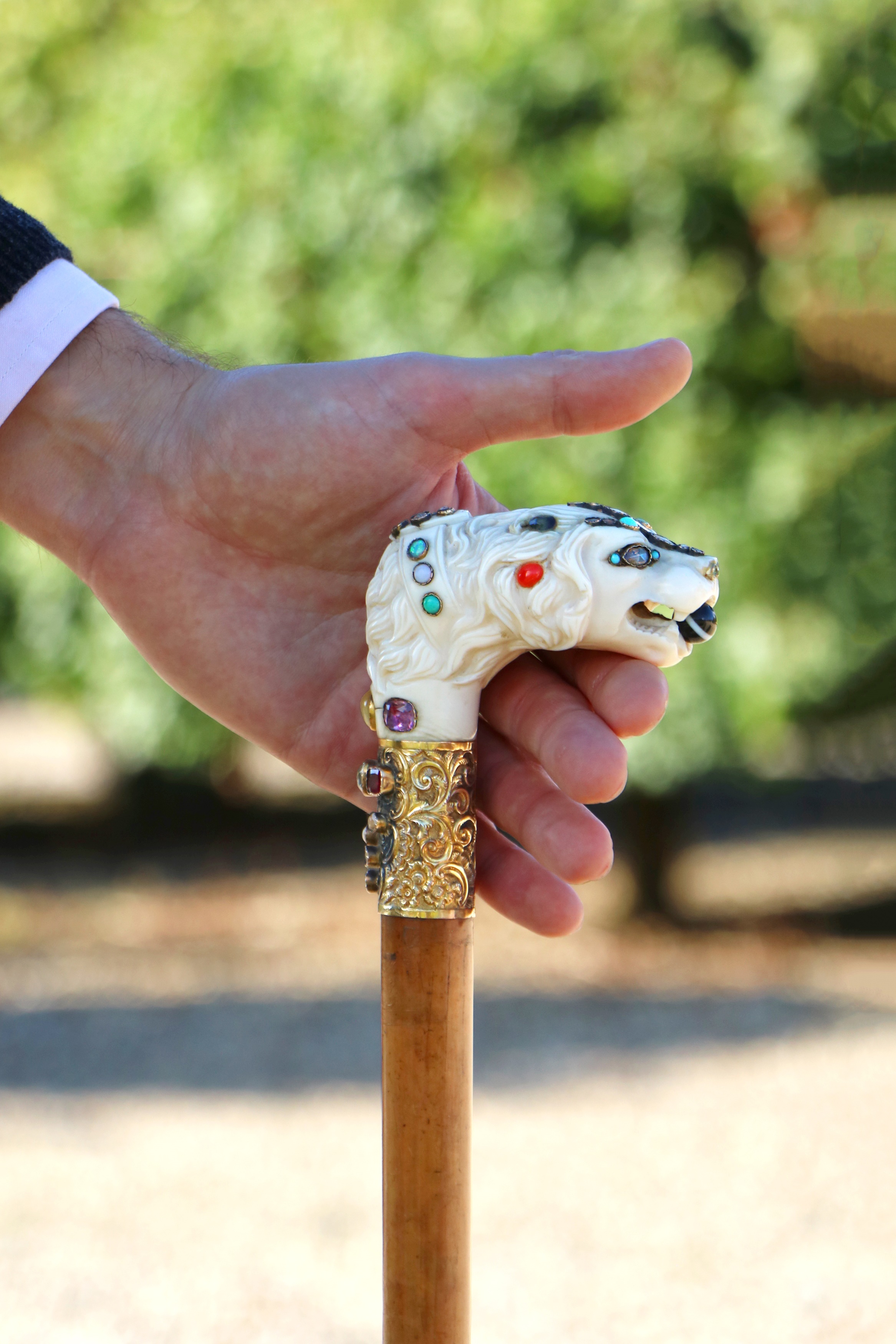 A walking stick of Napoleon Bonaparte interest,
with an ivory handle, crisply carved with a dog's head and collar, mounted with diamonds, opals, garnet, split pearls, coral, turquoise and zircon

Marshal General Jean-de-Soult, the 1st Duke of Dalmatia (1769-1851), commonly known as Marshal Soult, was a distinguished military commander during the French Revolutionary Wars and the Napoleonic Wars. One of only six officers in French history to receive the distinction of Marshal General of France, he was later also responsible for the creation of the French Foreign Legion. It is thought the mention of the Stansfield and Copper-Horsfall families references the marriage in 1897 of Reverend Michael Alfred Horsfall of Whitby to Mabel Catherine Stansfield.

After schooling at Wisbech grammar, Peter Crofts, the scion of a local farming family, had volunteered to serve in the Fleet Air Army and subsequently went to the US to train as a pilot. Tragically, on March 25, 1945, a month and a day before his 21st birthday, the engine of his Corsair F4U burst into flames during take-off at US Naval Hospital in Jacksonville, Florida. Both his legs were amputated and he had spent three and a half years recovering in hospital. 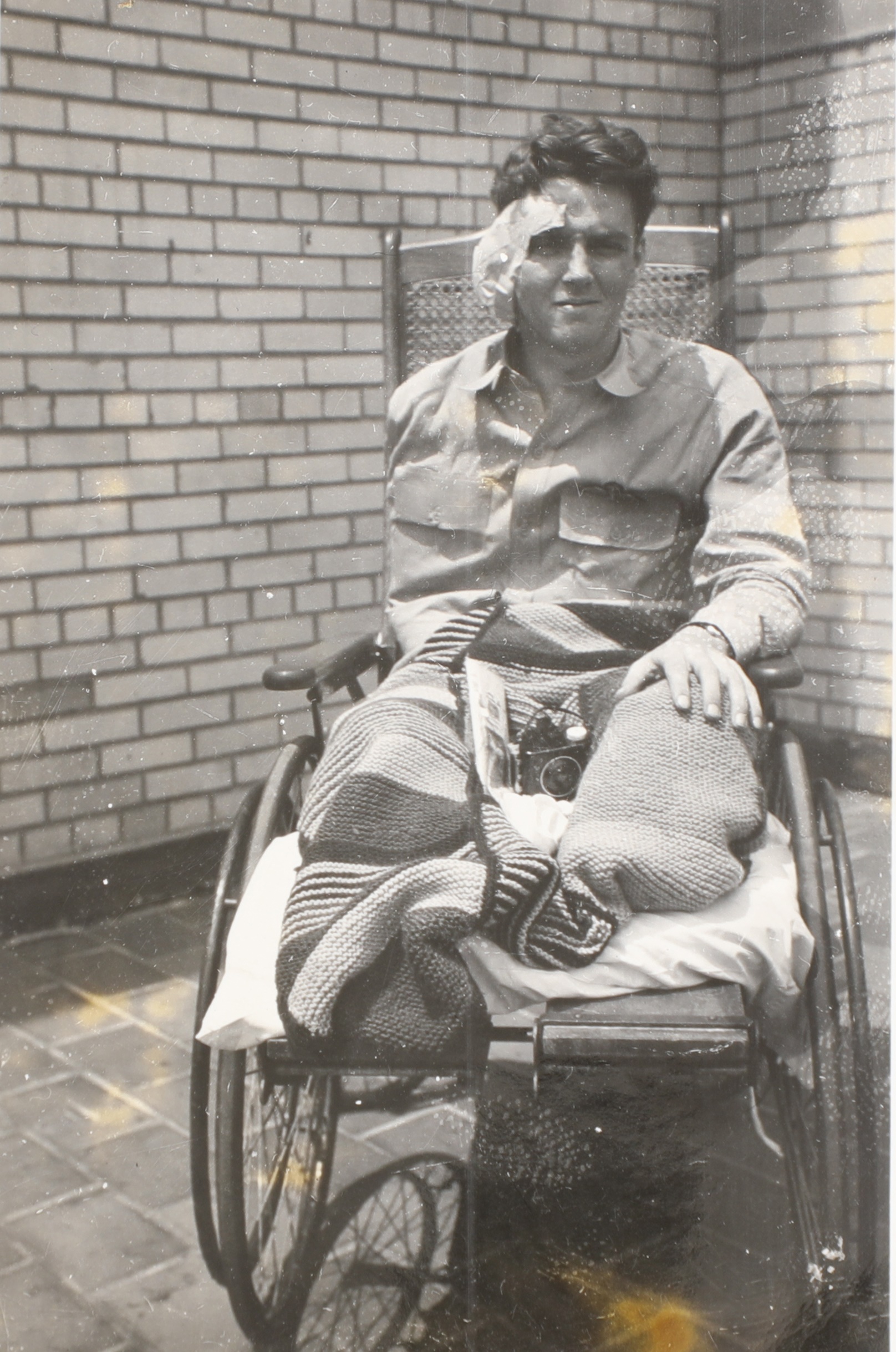 The sale on 14-15 December includes a number of items of Wisbech interest. A rare George III enamel nutmeg grater painted with flowers and the legend 'A Trifle from Wisbech' is guided at £200-300 while a rare late 18th century oil on board painting depicting a view of the church of St Peter and St Paul, Wisbech is expected to bring £500-800. The painting, with a clock movement to the church tower, includes figures conversing on a road identified as Church Terrace with The Duke’s Head pub (today the Duke’s Steakhouse) just visible far right.

English School, late 18th century
A view of the church of St Peter and St Paul, Wisbech, with figures conversing outside on Church Terrace, the Duke's Head pub visible at the end of the street
oil on board, with clock movement
29 x 45cm

For more information about the forthcoming sale, please contact: