A gifted artist from a young age, Gilot was educated at the Sorbonne, Paris and Cambridge University. In 1939, she began to study law but abandoned her studies after a few years to pursue her love of painting. In 1943, Gilot was sat in a restaurant dining with a friend a few tables across from Picasso. Picasso was sitting with his then lover, Dora Maar, the surrealist photographer. He approached Gilot and offered an invitation to his studio. Aged just 21 years old at the time, Picasso was significantly older aged 61. Yet, Gilot was fascinated and became Picasso’s muse, advisor and lover. They had two children together, Claude (b.1947) and Paloma (b.1949). She said of her relationship with Picasso, ‘it was a catastrophe I didn’t want to avoid’.

Pablo Picasso and Françoise Gilot on the set of the film ‘Le Mystere Picasso’, 1995

In 1953, Gilot left Picasso taking their two children with her. She only saw him once more in her lifetime. Gilot continued to paint but Picasso discouraged galleries and dealers from accepting her work, noticing instead her following in America, she relocated to New York in 1961. Exacerbating the bitterness of their split, Gilot published her memoir ‘Life with Picasso’ (1964), which became an instant bestseller and sold over a million copies. 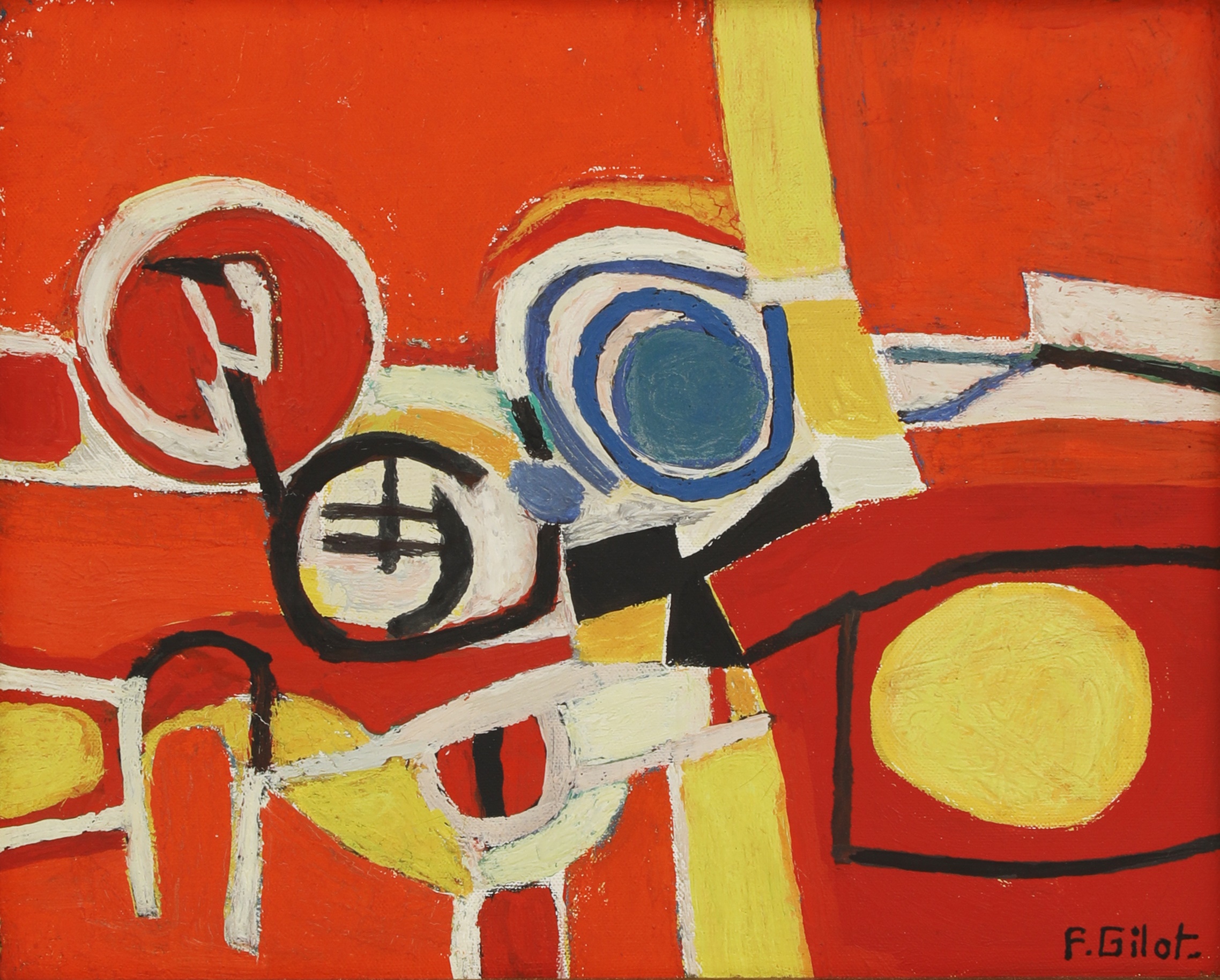 Yet, Gilot’s career was only just beginning. Painted in 1963, we are delighted to offer this bold work ‘Cortege’. Executed in a brilliant red, its vibrant yellow circles with blue and black lines appear to tumble over each other in the way of organised chaos. Gilot has said on a number of occasions that red is her favourite colour, in fact an exhibition at The Elkon Gallery (2019) specifically dedicated itself to the colour red in Gilot’s work. Gilot’s work has continued to grow in popularity and in May of this year, the artist’s ‘Paloma à la Guitare’ (1965) became the most expensive work by Gilot to be sold at auction, hammering down well-above estimate at £750,000.

VIEW IN THE CATALOGUE