A Note From History

A rare forged banknote, created by the Nazis in the hope of destabilising the British economy, comes for sale as part our our Coins, Banknotes & Medallions timed auction.

A rare forged banknote, created by the Nazis in the hope of destabilising the British economy, comes for sale as part our our Coins, Banknotes & Medallions timed auction. The £50 note, bearing the signature of the Chief Cashier 'B.S. Catterns' and the date June 15 1933, formed part of Operation Bernard, Hitler’s plan to flood the UK with forged banknotes. The first iteration of this scheme trialed in 1940 was to air-drop banknotes over Britain followed by a second phase that sought to fund German intelligence operations in the UK with fake currency. The unit charged with the project successfully duplicated the rag paper used for British banknotes, produced near-identical engraving blocks and deduced the algorithm used to create the serial codes on each note.

Enough Operation Bernard currency entered circulation that the Bank of England redesigned its banknotes after the war. Not too many survive today with this example, carrying the serial number 50 N 54500, expected to sell at £80-120. 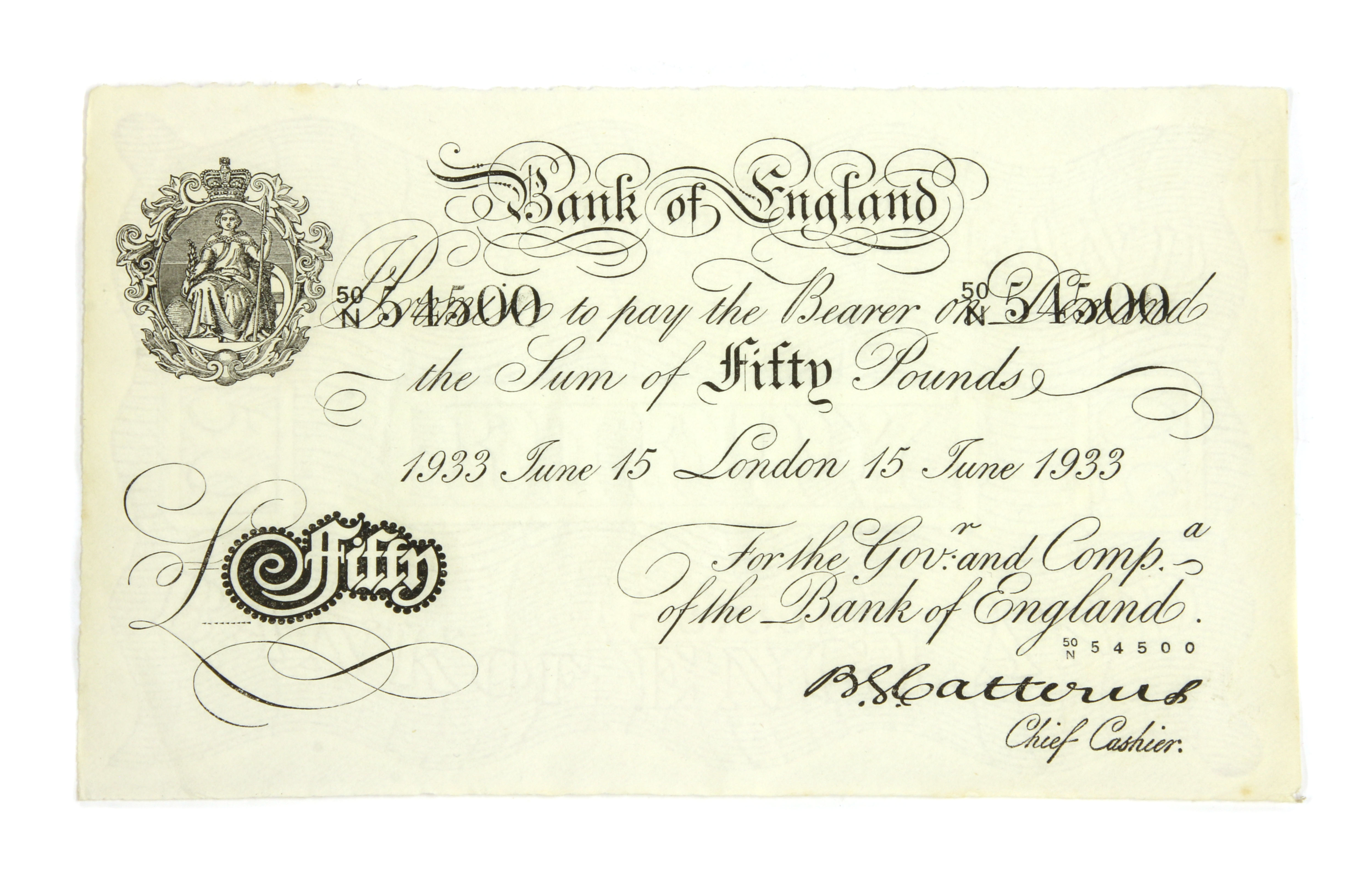 It forms part of a timed auction of coins ranging from Roman to modern gold proofs, banknotes and medallions that runs from May 15-24.

Additional highlights include a George III silver trade dollar, a confiscated Spanish eight reales piece completely overstamped to both sides and a 1929 George V ‘Wreath’ crown, an unpopular Christmas coin struck for only nine years. They are also estimated at £80-120 each.

In more recent times, no coin has caught the public imagination quite like the undated 20p. In November 2008 a number of 20p coins were incorrectly minted with an old design of the obverse (the ‘heads’ side) being used with the new reverse (the ‘tails’ side) design. The year of issue did not feature at all. 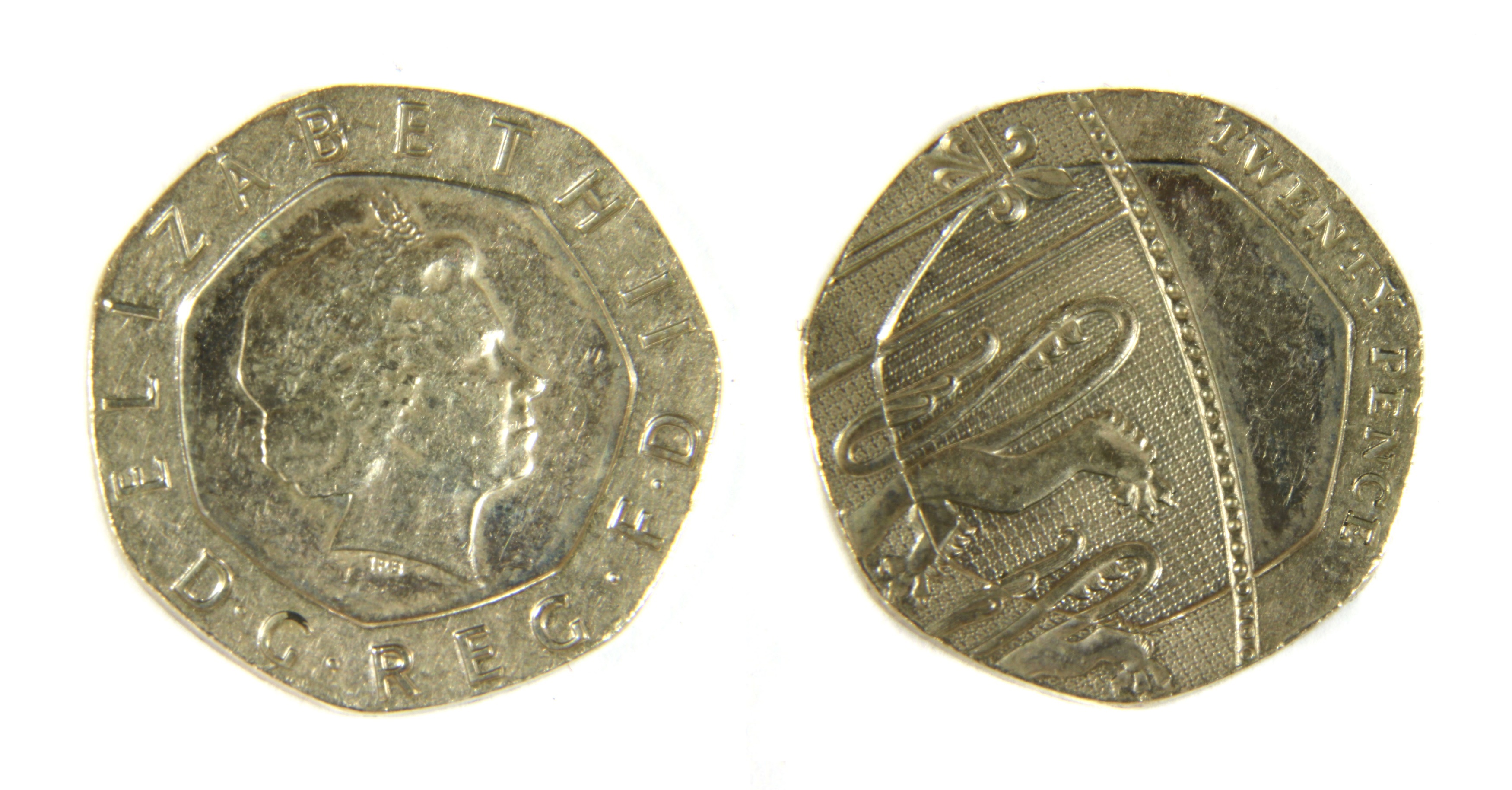 Only approximately 250,000 of these ‘mule’ coins were produced so the example in this sale (graded very fine or better) is a rarity. Expect it to bring £50-70.

For more information about the sale or future consignments, please contact Tony Salani