Sylvia Ewen from our Picture Department takes a look inside a late 18th century dolls house belonging to BAFTA award-winning costume designer Evangeline Harrison, ahead of it going under the hammer in our March Fine Interiors auction. 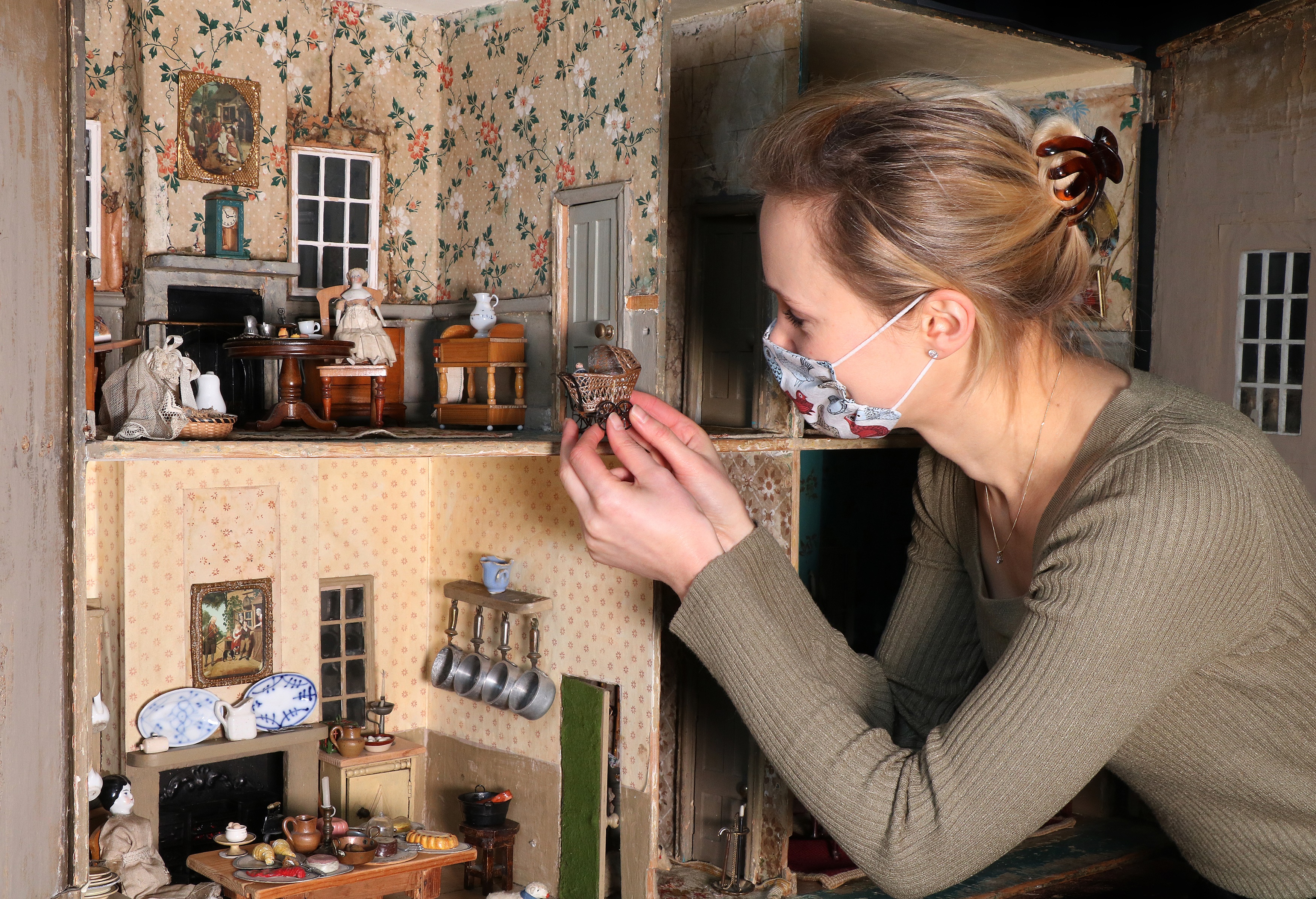 Sylvia Ewen from our Picture Department takes a look inside a late 18th century dolls house ahead of it going under the hammer in our March Fine Interiors auction. The house is one of two belonging to the BAFTA award-winning costume designer Evangeline Harrison. First discovered by British Film Director Ken Russell, Mrs Harrison’s career spans four decades and encompasses films such as Get Carter and Superman.

The first house dates from the late 18th Century and was inherited by Mrs Harrison from her friend Jocelyn Rickards, the artist and costume designer who is widely credited as having defined the ‘Swinging London’  look of the ‘60s through her work on Antonioni’s 1967 Blow-Up.

The second house is Gothic in style and dates from approximately 1840. The interior is original, but it now features Victorian and Arts and Crafts style pieces, which were added by Mrs Harrison.

The earliest known examples of doll's houses were found in Egyptian tombs, created nearly 5,000 years ago. These wooden models of servants, furnishings, boats, livestock, and pets, placed in the Pyramids, were probably made for religious purposes.

The earliest modern doll's houses were made in 17th century Germany and were used as educational tools, teaching young girls how to run the house. The Nuremberg House at the V&A Museum of Childhood, one of fewer than a dozen of its kind and the only one outside Germany, dates back to 1673.