It’s not only objects of great value that tell great stories. Included in our Country House Sale on December 5 at an affordable £200-300 is an early 20th century account book for the Essex grocer Luckin and Co. Neatly written in copperplate hand, it documents the regular orders  from 1918 to 1925 for a wide range of customers including guards from the Dunmow prisoner of war camp, HG Wells and various members of the local great and good including Lady Fane, Lady Gordon Lennox and Colonel Philpot.

The Earl and Countess of Warwick, living at the large country house Easton Lodge were evidently Luckin and Co’s best customer. The Countess Daisy Greville (on whom the song ‘Daisy, Daisy’ was allegedly based) famously entertained on a lavish scale as she juggled a series of affairs with powerful men of the day. 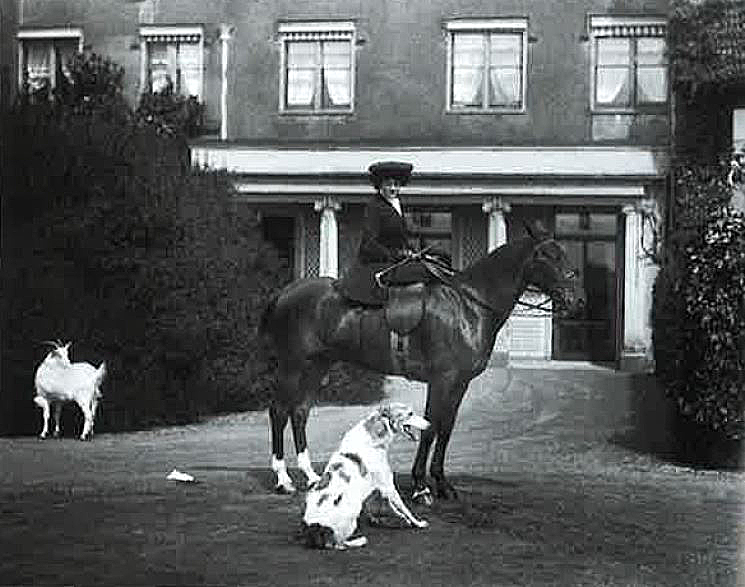 Daisy on Horseback in front of Easton Lodge, with her dog and pet goat 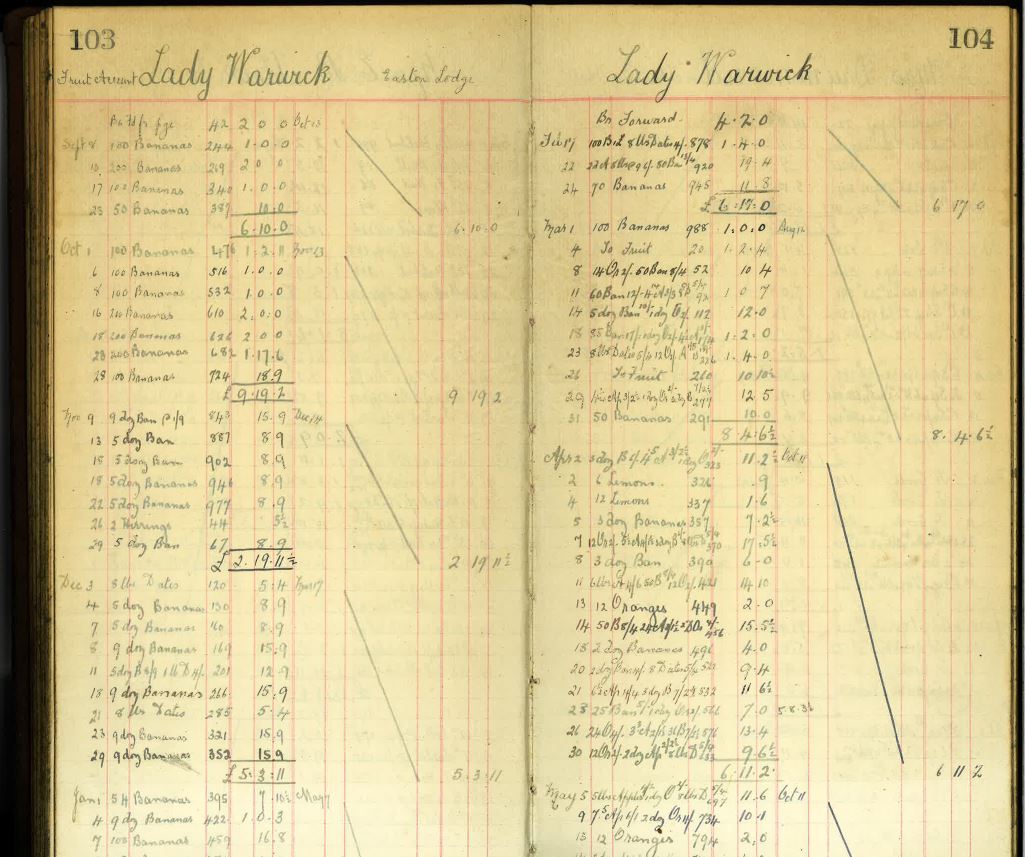 By this time - although the extensive ordering of provisions continued - the estate was in virtual bankruptcy. The Greville’s daughter-in-law visiting in January 1919 observed Daisy ‘economising ruthlessly and giving notice to all the internal staff’ while the Countess’s husband, the 5th Earl, one time conservative MP and Lord Lieutenant of Essex, was asked to take his turn helping in the kitchen, supervising the cooking of a joint of beef.