An Easter Surprise from Fabergé

The name of Fabergé, jeweller to the doomed Russian royal family, is forever associated with Easter.

The name of Fabergé, jeweller to the doomed Russian royal family, is forever associated with Easter. The tradition of the Tsar giving a jewelled egg at Easter - the most important festival in the Russian religious calendar - began in 1885 when Alexander III commissioned Peter Carl Fabergé to create a jewelled egg for his wife, the Empress Maria Fedorovna. A total of 50 Imperial eggs made - the whereabouts of seven of them still unknown.

Since it was nationalised by the Bolsheviks in 1918, the Fabergé name has been resold many times. Included in our July Fine Jewellery & Watches sale is this 18ct yellow gold and pale blue guilloche enamel Faberge egg pendant and chain. It opens via a push button to reveal a ‘surprise’ - a tiny gold chick. Made in an edition of 1000 (it is numbered 120) it dates from the period 1989-2009 when Pforzheim jewellery house Victor Mayer held the licence to use the Fabergé name. Eggs made by Mayer were shown alongside original works at the Metropolitan Museum, New York in 1996 and formed part of the exhibition Fabergé: A Return To Russia staged at the Kremlin Armoury in Moscow in 2001. 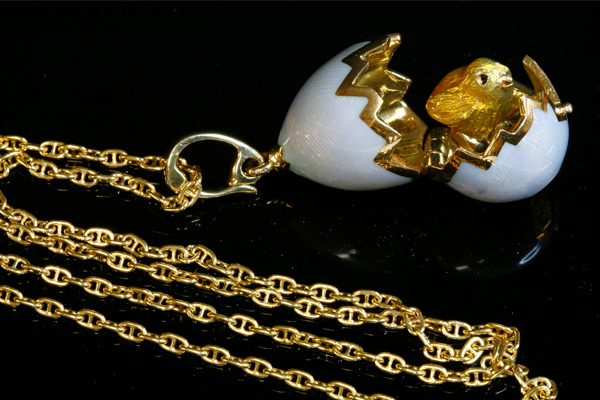 Housed in its original presentation box, it has an estimate of £500-800. 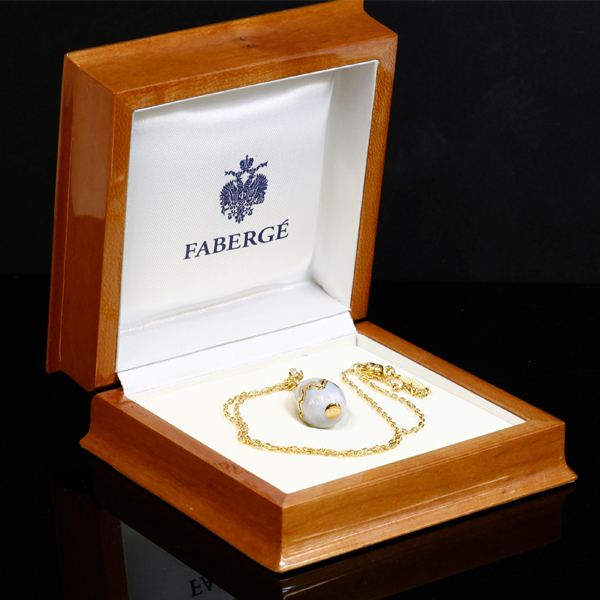 A modern Fabergé gold and guilloche enamel egg pendant and chain. Estimated at £500-800, it will form part of Sworders’ Fine Jewellery sale in July.

The calendar of jewellery sales at Sworders is expanding this year. Two Homes and Interiors sales have been added for 2018 with enhanced Fine Jewellery categories, the first of which will be held on March 20. Lots in these sales will be priced from a few hundred to a few thousand pounds - with this month’s sale including a platinum single stone diamond ring with an eight cut diamond of 2.01ct (estimate £5,000-7,000). 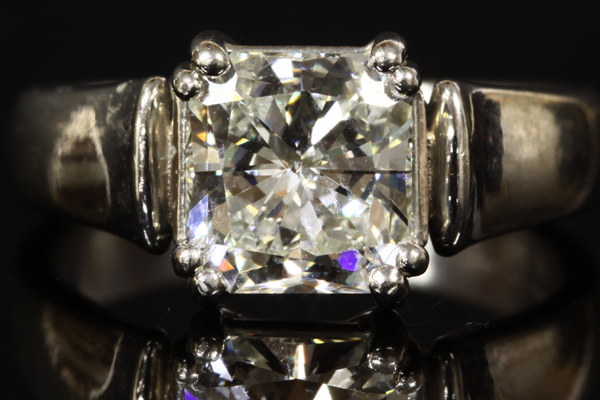