‘Foxgloves’, the quintessential Morris still life depicting blooms of pink and purple foxgloves and other English garden flowers, comes for sale at Sworders auction of Modern British and 20th Century Art on October 22 with an estimate of £30,000-50,000. The seller plans to give part of the proceeds to the Benton End House and Garden Trust - a new charity that intends  to set up the former home of Sir Cedric Morris, a rambling £1.3m 'Suffolk pink' farmhouse with Tudor origins on the outskirts of Hadleigh, as a centre for artistic and horticultural education.

The 1932 oil, ‘Foxgloves’, was painted just three years after Morris and his lifelong partner, Arthur Lett-Haines, chose the country life over a London studio. The couple took the lease on their first Suffolk home (Pound Farm in Higham) in 1929, followed in 1937 by the founding of the avant-garde East Anglian School of Painting and Drawing, first in Dedham and then at Benton End House. The heyday of Benton End was the two decades from 1940, when the art school was at its most active and the three acres of garden at their spectacular best. Morris was unique as both a painter and horticulturalist of equal stature: while painting and teaching he cultivated more than 90 new named varieties of iris (many carrying the prefix Benton). 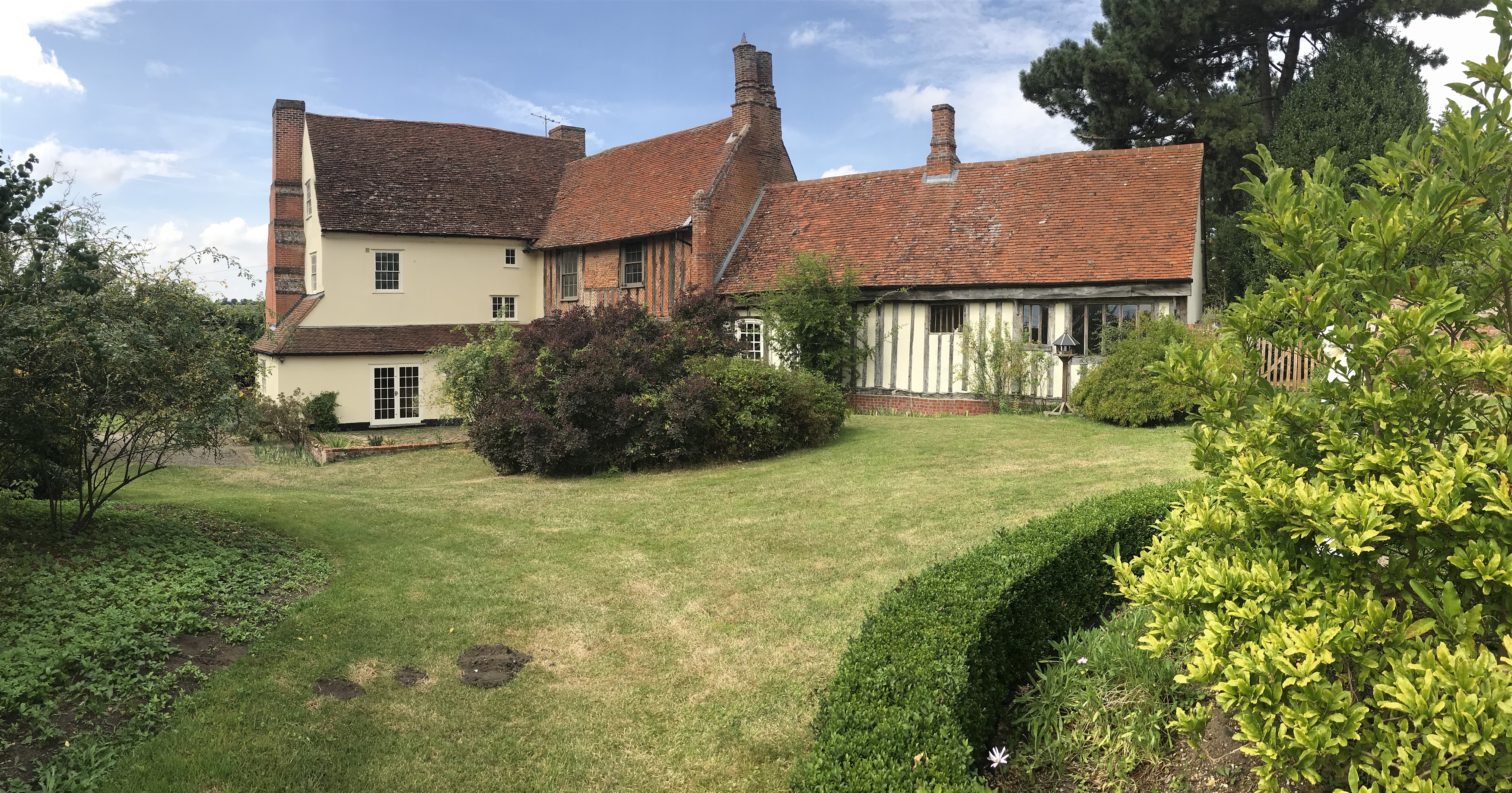 The vendor of the painting says both her father and grandfather knew the artist, and both stayed at Benton End; her father in particular was encouraged by Morris to dig around in the cellars in pursuit of archaeological finds. The picture has been in the family since at least the early 1960s. “Growing up, it was just one unframed painting among many hung on various walls. The name Cedric Morris meant little to us” she recalls. “After my grandfather died in 1989, the painting came to me and my brother. Though it’s a small and beautiful part of our family history, we now feel it's time to pass it on to others who can also take pleasure in it.” 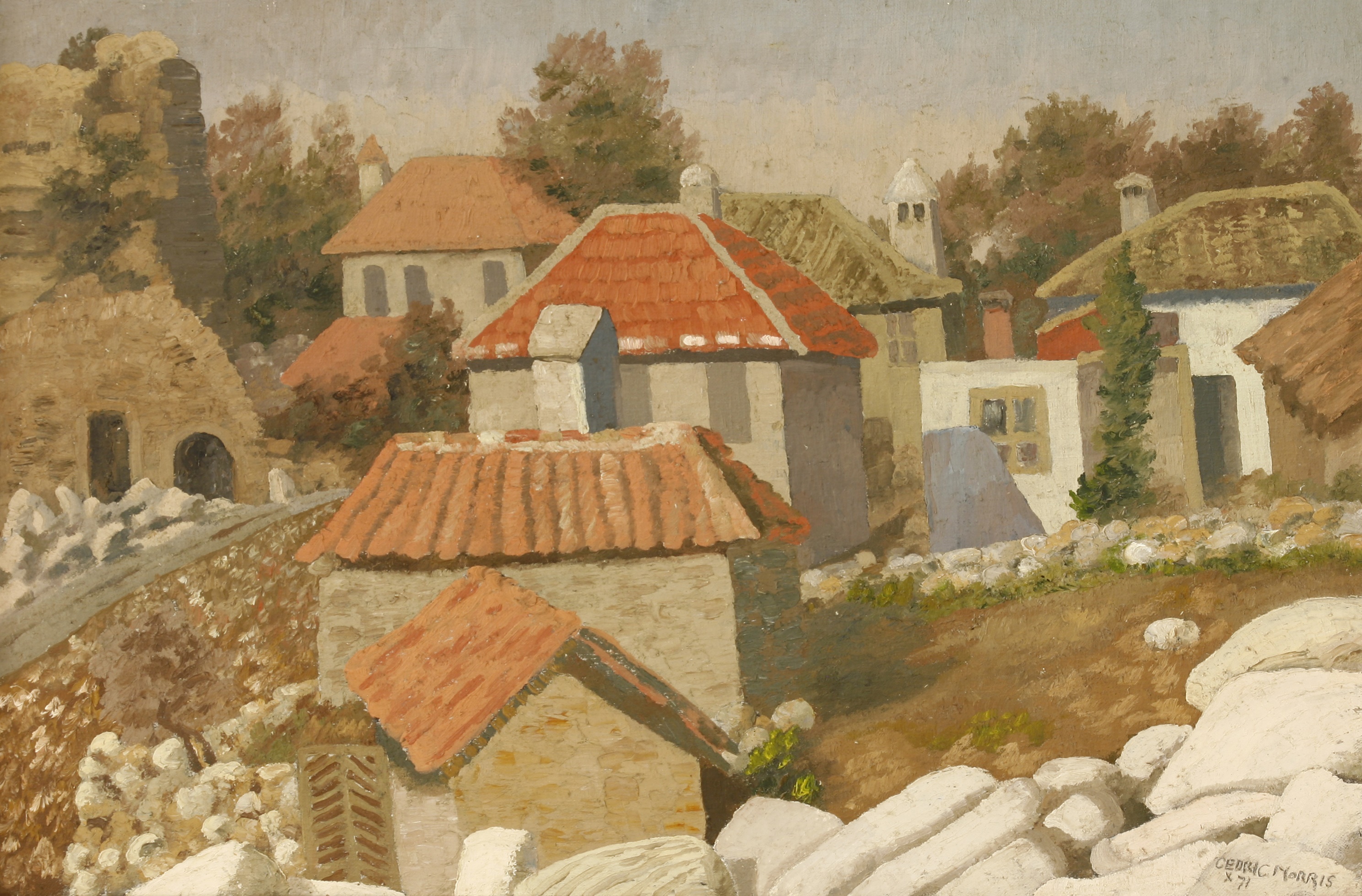 Like most artists from the 20th century, British avant-garde, Cedric Morris  has had his fashionable ups and downs but he is currently riding the crest of a wave. Prices in the auction room have been strong. A 1934 oil ‘Easter Bouquet’ took £49,000 at Sworders in April 2016, an artist’s record that has subsequently been bettered on several occasions.

Shortly after the success of two London exhibitions ‘Cedric Morris: Artist Plantsman’ at the Garden Museum and ‘Cedric Morris: Beyond the Garden Wall’ at the Philip Mould & Company gallery and a third in Suffolk at Gainsborough’s House in Sudbury, marking a bequest of 100 Morris works, the house, Benton End, was acquired by a trust with a mission to return the Grade II* property to a place of artistic and horticultural education. The project is headed by Bridget Pinchbeck who first became involved after attending a lecture about Morris at the Garden Museum, given by Philip Mould.  It was later in conversation with Mould (star of BBC’s Antiques Roadshow and Fake or Fortune, who has also joined the charity’s Board of Trustees) that she learned Benton End was up for sale. 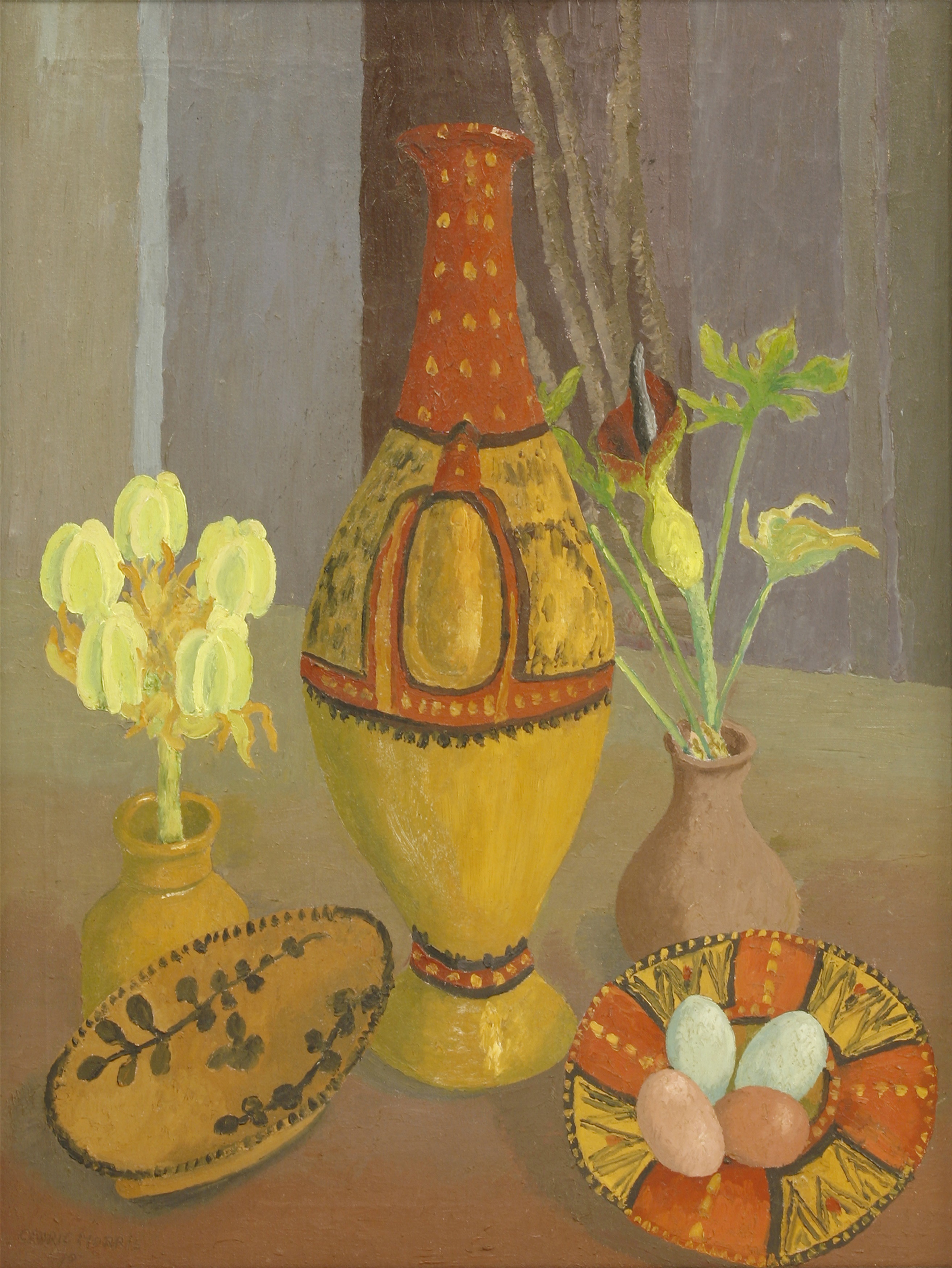 From a West Country collection are two monumental carved stone sculptures by the well-known contemporary sculptor Emily Young (b. 1951). Her commercial star has risen sharply in recent years - a new artist record was set in London earlier this year - and the market is expected to react positively to the appearance of Contemplative Figure with Egg and Bowl (estimate £20,000-30,000) and The Formality of Couples (estimate £30,000-40,000).

Both are fresh to the market, the former purchased through The Fine Art Society, the latter directly from the artist.

The Scottish artist Craigie Aitchison, RA (1926-2009) is best known for colour-saturated canvases on a wide range of subjects from still-lifes, landscapes and nudes to portraits and dogs. However, his series of idiosyncratic crucifixions are his most memorable works: examples hang in the chapter house of Liverpool Cathedral and at King College Chapel in Cambridge. The example at Sworders, a typical arrangement of flat, stylised forms and planes of pure colour, is inscribed and dated 1984. It comes for sale from a private collection with an estimate of £40,000-60,000

Sworders’ picture department has grown in recent years from one specialist and a consultant, to a team of four. Working closely with the Fry Art Gallery and other local institutions, we have developed a reputation as the place to sell East Anglian art and in particular the works of the Great Bardfield and Benton End groups.

Highlights from the sale will be on view at Sworders’ London Gallery in Cecil Court, Leicester Square, from October 3-14 with a special London preview evening on October 10th.

For more information about the sale please contact Jane Oakley