Underlining the changing nature of the market for Chinese works of art, it was a piece of porcelain from the early years of the People's Republic that led Sworders’ Asian Art sale in Stansted Mountfitchet on November 6.

Underlining the changing nature of the market for Chinese works of art, it was a piece of porcelain from the early years of the People's Republic that led Sworders’ Asian Art sale in Stansted Mountfitchet on November 6. The unexpected winning bid was £34,400*.

The Communist era dish decorated in the famille rose palette with an idealised scene of girls dutifully repairing fishing nets watched by a young boy in dungarees was inscribed by the artist Tu Juqing and dated 1960 - the time of the controversial economic and social campaign known as the Great Leap Forward. Tu Juqing, who was based at the government-controlled Art Porcelain Factory in the city of Jingdezhen, specialised in this kind of propagandist subject matter. 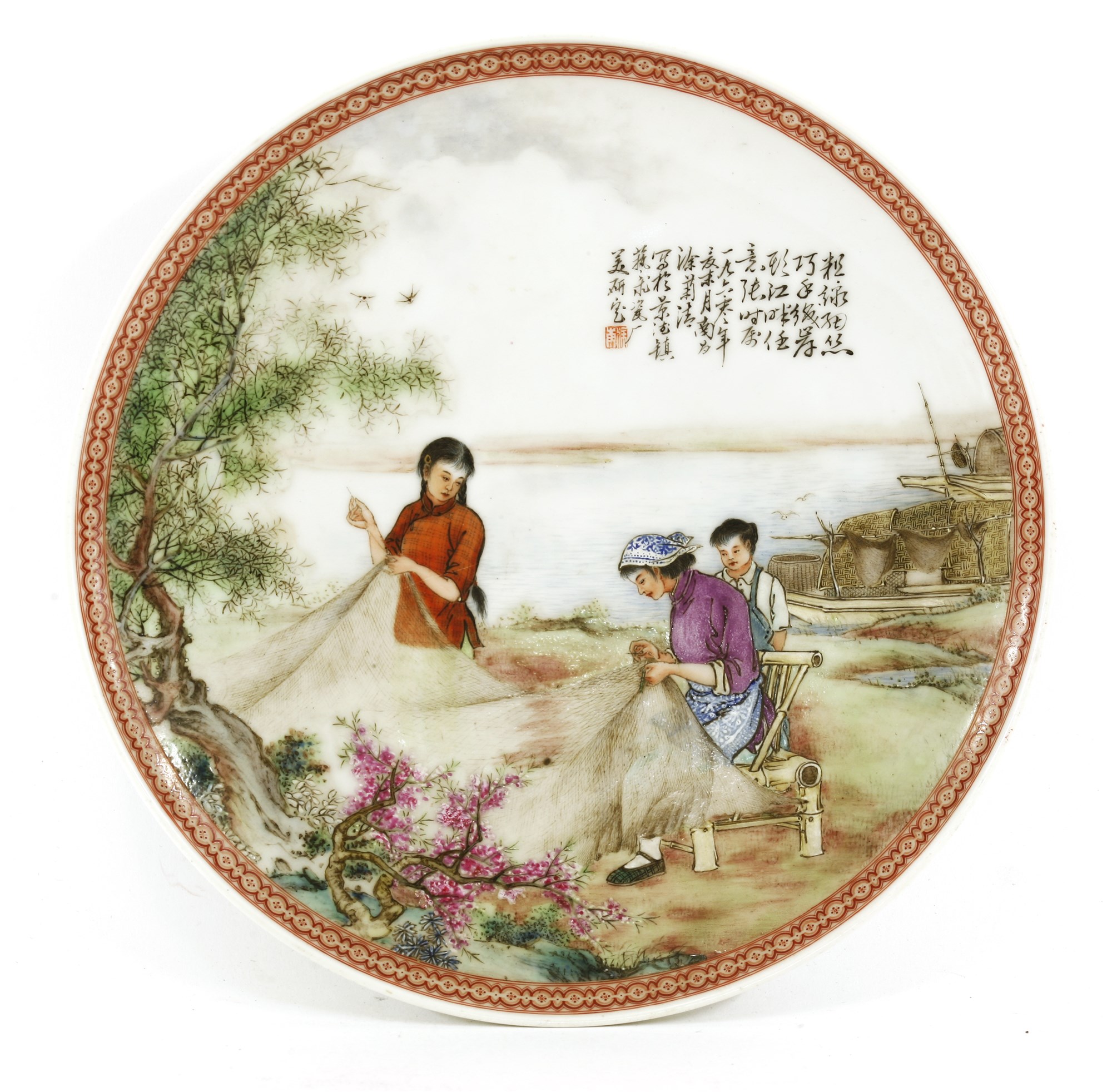 Perhaps a decade ago the £200-300 estimate for this 27cm dish from a private seller in Hampshire would have proved adequate but bidding yesterday quickly soared into five-figures. The successful Chinese buyer, familiar to the saleroom, is based in Canada.

The rising prices of the best 20th century Chinese porcelain - once shunned as simply decorative wares by Western collectors - have been mirrored by a growing interest among younger Chinese collectors in their Buddhist heritage. Estimated at £7000-10,000 but sold at £26,800* was a diminutive 16th century Sino-Tibetan bronze bodhisattva just 9.5cm high. Finely engraved with lines of Sanskrit and panels of flora and fauna and inlaid with turquoise beads it is part of a small number of surviving bronzes associated with the Jonang school of Tibetan Buddhism. 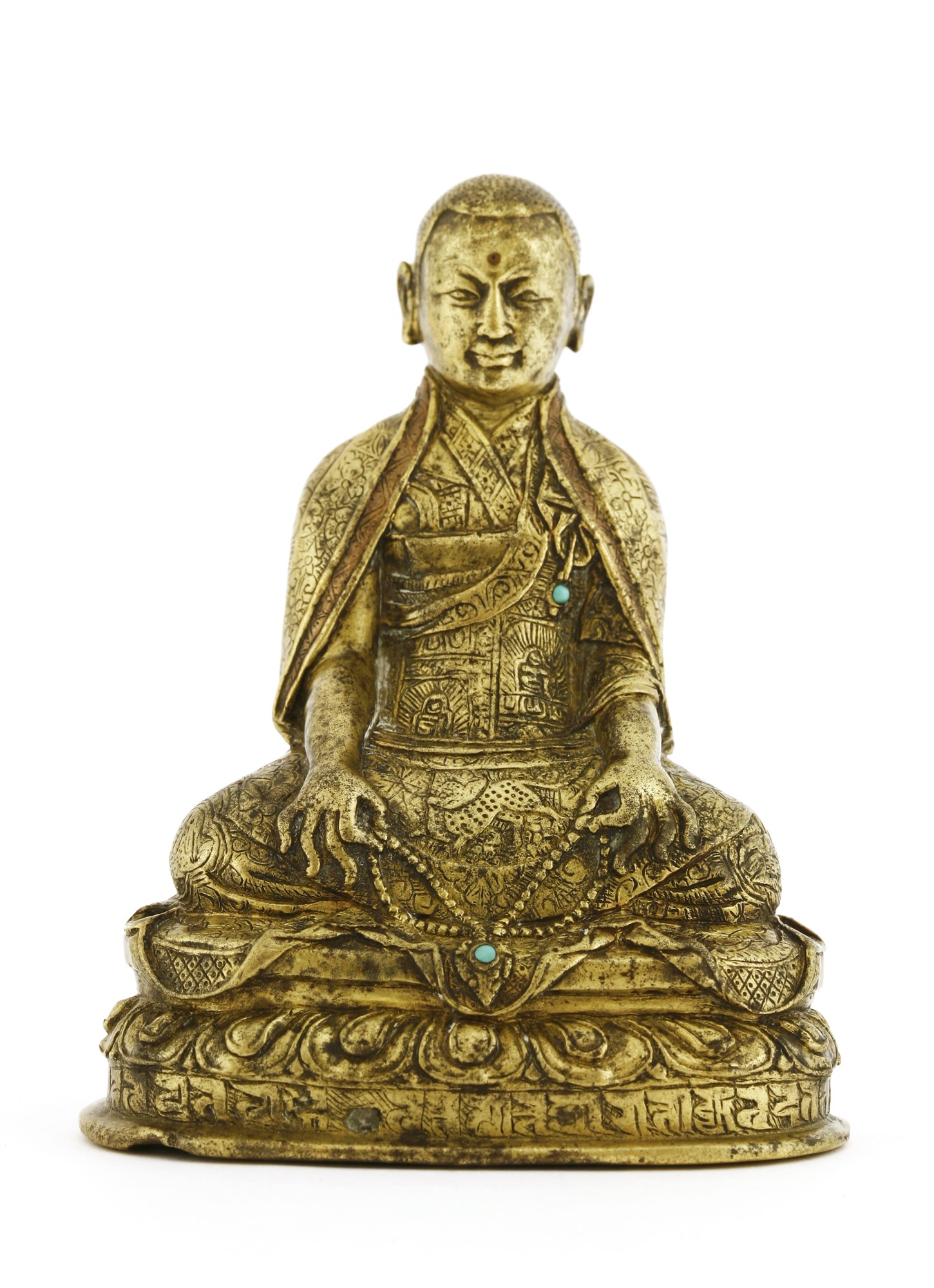 A 16th century Sino-Tibetan bronze bodhisattva associated with the Jonang school of Tibetan Buddhism sold for £26,800*

The school was widely thought to have become extinct after persecution in the late 17th century. However, several monasteries survived in secret and Tibetologists were recently astonished when fieldwork turned up several active Jonangpa monasteries populated by close to 5,000 monks.

Good quality hard stone carvings from the Qing period continue to perform well. Particularly popular was a 17cm agate vase in the shape of a gnarled tree trunk surrounded by peaches, pomegranates, finger citron and lingzhi - auspicious symbols emblematic of good fortune, fecundity, health and longevity. Offered with an original pierced and carved stand similarly decorated, it brought £15,900*. Sold at £28,200* was a large 26cm coral figure group beautifully carved as a girl in elaborate robes holding a sprig of peony in her right hand and a basket of flowers in her left. It sold at auction in London as recently as 2015.

Another item much admired at Sworders’ London viewing held in Mayfair in the run-up to the sale was a wucai (five colour) 15cm bowl with a six-character Kangxi (1662-1722) mark. The decoration of a dragon chasing flaming pearls and a pair of phoenixes - representative of the emperor and empress - was the innovation of the Kangxi period and came to symbolise the wish that a couple have a happy marriage. Although much copied by future generations, this period piece took £24,000*.

* All prices quoted including buyer’s premium

Sworders have been holding designated biannual sales of Asian Art in May and November for close to a decade. However, the November 6 sale was the first time the firm has been invited to participate in the prestigious Asian Art in London festival.

We are now welcoming entries for the next auction of Asian Art, to be held on Tuesday 14 May 2019. Entries close Friday 23 March 2019.