During the 1920s and 30s, the Austin Seven was the best-selling small car - but what was it that encouraged a Yorkshire enthusiast to purchase the example?

During the 1920s and 30s, the Austin Seven was the best-selling small car - but what was it that encouraged a Yorkshire enthusiast to purchase the example sold for £8000 (plus premium) at Sworders on March 5. In his own words, classic car collector Chris Parkin explains.

“I have been looking for an unrestored 1930s Austin Seven for some time now. They don’t come up for sale very often and this one was a rare model- the AE Tourer. Based in South Yorkshire I wasn’t able to attend the auction in person but I placed a commission bid and was delighted to learn I was the winning bidder. I plan to sympathetically restore the car, retaining many of the original parts as possible, including the leather seats. In good condition these cars can fetch up to £25,000 but I don’t plan to ever sell it.” 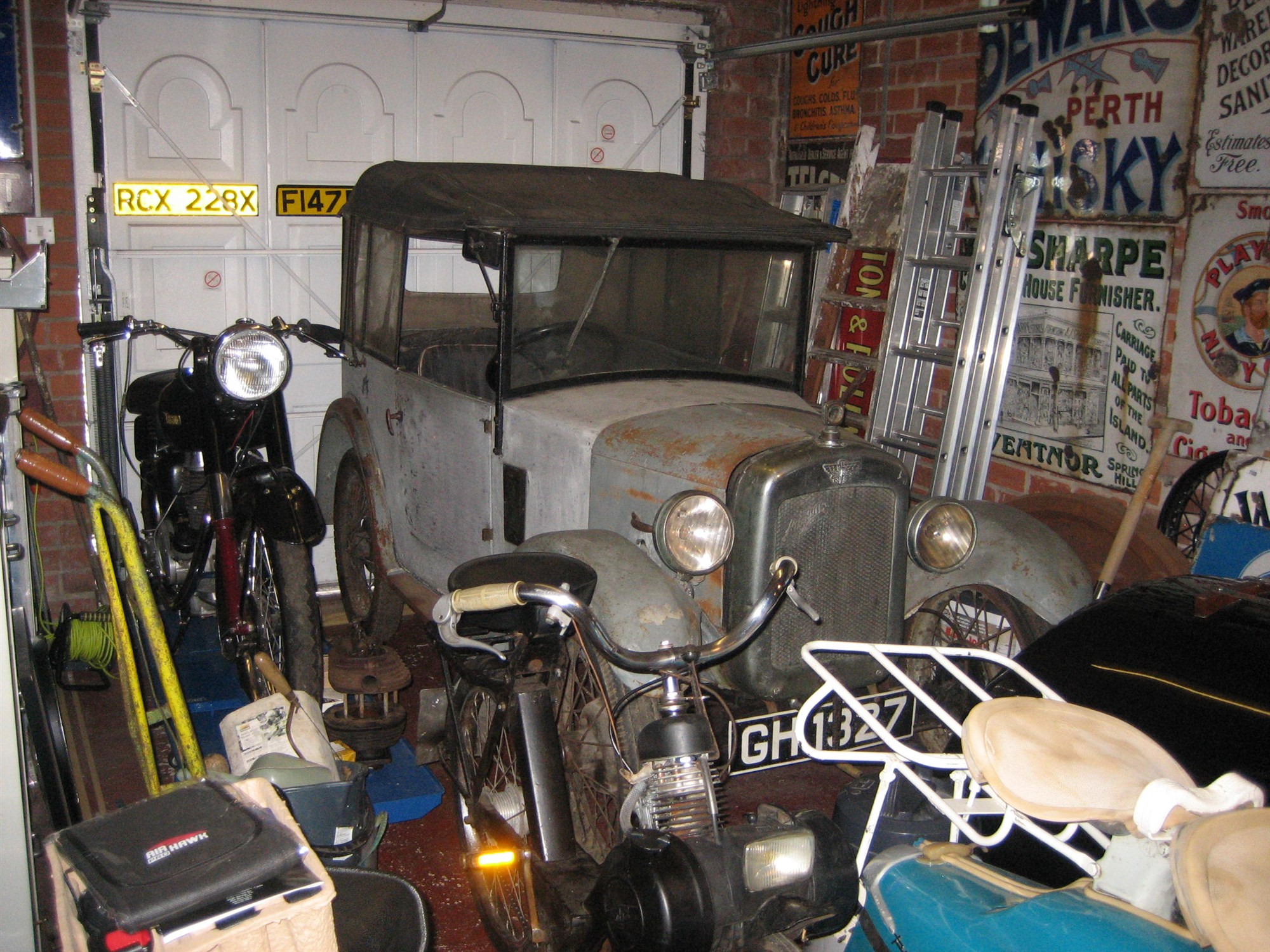 The Austin 7 now in South Yorkshire, ready to be restored and enjoyed by classic car collector Chris Parkin.

The Austin Seven was to the 1920s and 30s, what the Mini would be to the 60s and 70s. Initially on sale for £165 (only the mass produced Ford Model T was cheaper) Austin sold thousands every year in a number of different guises. At first, the tiny 747cc engine produced a mere 10.5bhp but this increased gradually over the years, culminating at 17bhp in the mid-1930s by which time the A7 could reach more than 50mph.

The interior to Sworders tourer, that came for sale from a private source, was unusually complete for a car that (with a tax disc that expired in September 1964) was last on the road 55 years ago.

A small plate reading Nicht Hinauslehnen! warns passengers not to lean out of the car while the inside of the passenger door included a large sign ‘Would patients for X-ray please wait here’ suggesting it might once have been used in a medical capacity.