An unusual entry to the forthcoming Sporting Art sale is a dozen rare canine portraits that were created for a series of cards sold with Gallaher cigarettes.

The 1920s and 1930s are generally regarded as the golden age of the cigarette card. Thousands of different designs were produced as rival tobacco firms, competing for market share, looked to offer their customers something extra with their packet of smokes. The vast majority of these cards were based on paintings or artwork produced by commercial artists. However, rarely does the original artwork appear for sale today.

An unusual entry to the forthcoming Sporting Art sale at Sworders on April 30 is a dozen 8 x 15cm canine portraits painted in oil on card that were created for a series of cards depicting dog breeds sold with Gallaher cigarettes. The vendor’s father was the marketing director for Belfast-based Gallaher when the series was issued in 1936.

Such was their popularity that a second series of the cards on the theme was created just two years later. The complete set of 48 cigarette cards from 1936 is relatively common and today worth under £10. However, these highly competent and diminutive oils, framed together in groups of three, are expected to bring rather more. Trios depicting the Welsh Spring Spaniel, Cumberland Spaniel and Cocker Spaniel and another comprising the Welsh Setter, English Setter and Dandie Dismount terrier are pitched at £300-500 each. 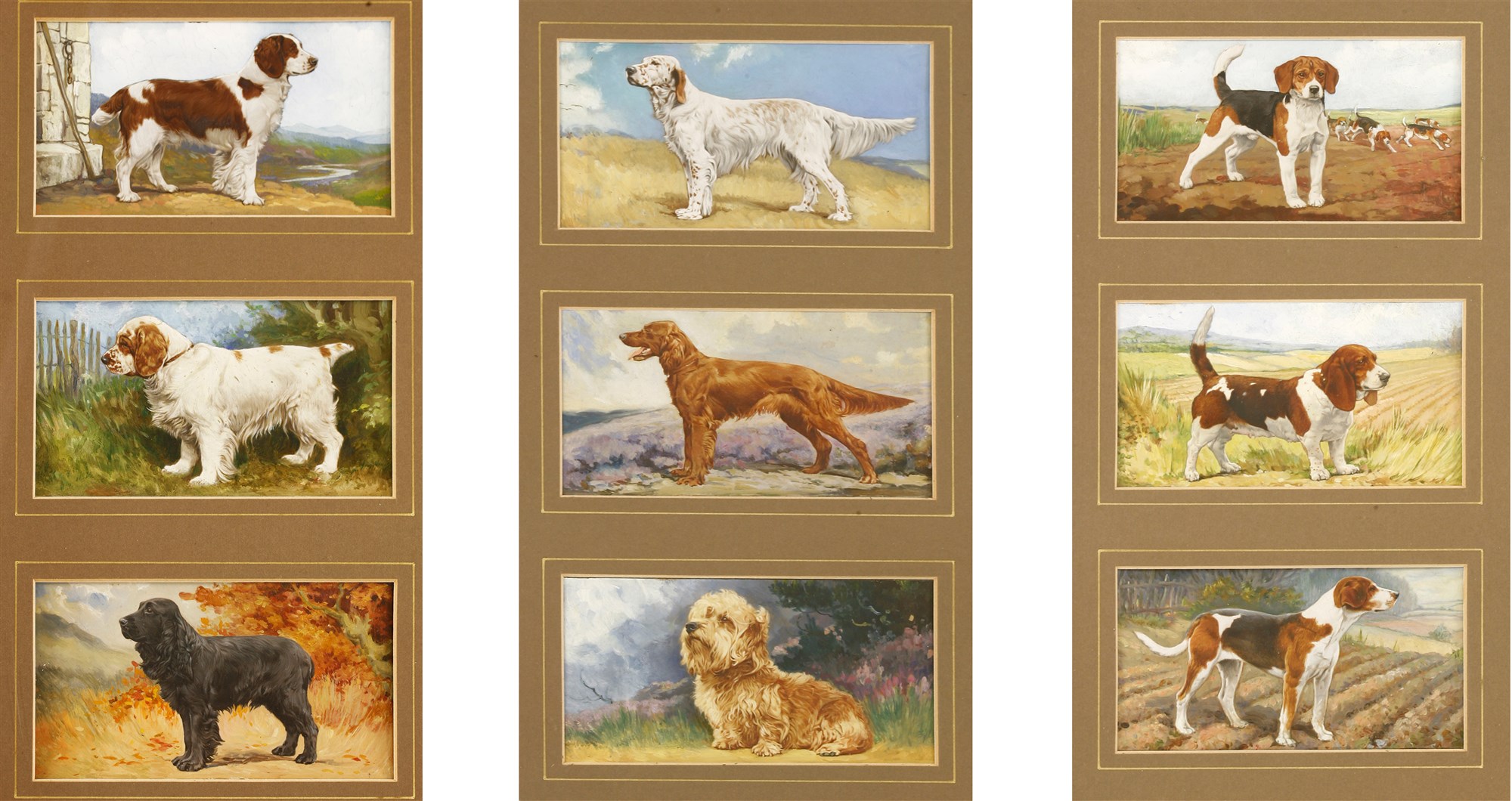 Quality paintings of recognised dog breeds are very collectable. "Everyone wants a picture that reminds them of their favourite pet” says Jane Oakley, the specialist in charge of curating the sale. The catalogue will also include four circular oils depicting champion pedigree dogs by George Earl (1824-1908). The artist is synonymous with dog painting and was himself an early member of the Kennel Club. This quartet was probably originally framed as a set with individual gold mounts, which Earl did on a number of occasions. A particular favourite of Jane Oakley's is a fabulous image inscribed to the mount Crib, Dalmation RTL Price Esq. A dalmatian is an unusual subject for Earl and it is estimated at £2000-3000. The others in the group are Punch, Pug, Lord Willoughby (estimate £2000-3000), Monarch, Smooth coated St. Bernard (estimate £2500-3500) and, Dick, Datshound (sic) J Vokins Esq (estimate £1500-2000).