Brown Furniture Finds A New Place In The Modern Home

There is still a role for the traditional but the great majority of furniture buyers now seek to master the ‘century mash-up’ - the mixing and matching of pieces from a wide variety of periods and styles to form an eclectic, but harmonious look.

Few of our regular clients are these days attempting to recreate the period room. There is still a role for the traditional but the great majority of buyers now seek to master the ‘century mash-up’ - the mixing and matching of pieces from a wide variety of periods and styles to form an eclectic, but harmonious look. It’s a refreshing approach to furnishing: a little more thought-provoking than the textbook Georgian interior and far more uplifting than the vogue for minimalism that is now on the wane. In the modern family home, it can be a little more practical too.

A very good example of this are the interiors at Upper Swell Farm, Gloucestershire that were created by the well-known interior designer, Felicity Loudon of ‘The Private House’. There are plenty of very nice period objects here: marble top console tables, painted and parcel gilt columns, cupboards, inlaid commodes and gilt mirrors, as well as, bronze and marble busts, French clocks, bureau plat and lighting. However, none of them fall into the trap of being dull or brown, and all benefit from careful meshing alongside designer upholstery and pastel colours.

Many of the furnishings reflect the Swedish style favoured so much by Felicity, in particular, the painted Gustavian pieces from Ken Bolan of Talisman, which sit so well with carefully placed designer upholstery from Andrew Martin. This fresh modern look is best described as ‘traditional with twist.’ Following the recent sale of Upper Swell Farm the excess contents will be sold by Sworders on 10th and 11th March.

With a little imagination lots of antiques can be successfully integrated with modern and decorative pieces. Many buyers will now look for just one or two statement pieces for a room or seek to dress up traditional objects, such as oak and country furniture, with Modern British Art. One of the very best examples of this can be seen at Kettle’s Yard in Cambridge, not too far from the saleroom here in Stansted Mountfitchet. This wonderful collection, assembled across three small cottages on Castle Street was the creation of the ascetic, but sociable collector and curator Jim Ede (1895-1990). Ede, who left his home to the university, was an early trendsetter for what is fast becoming a mainstream way to decorate the home. 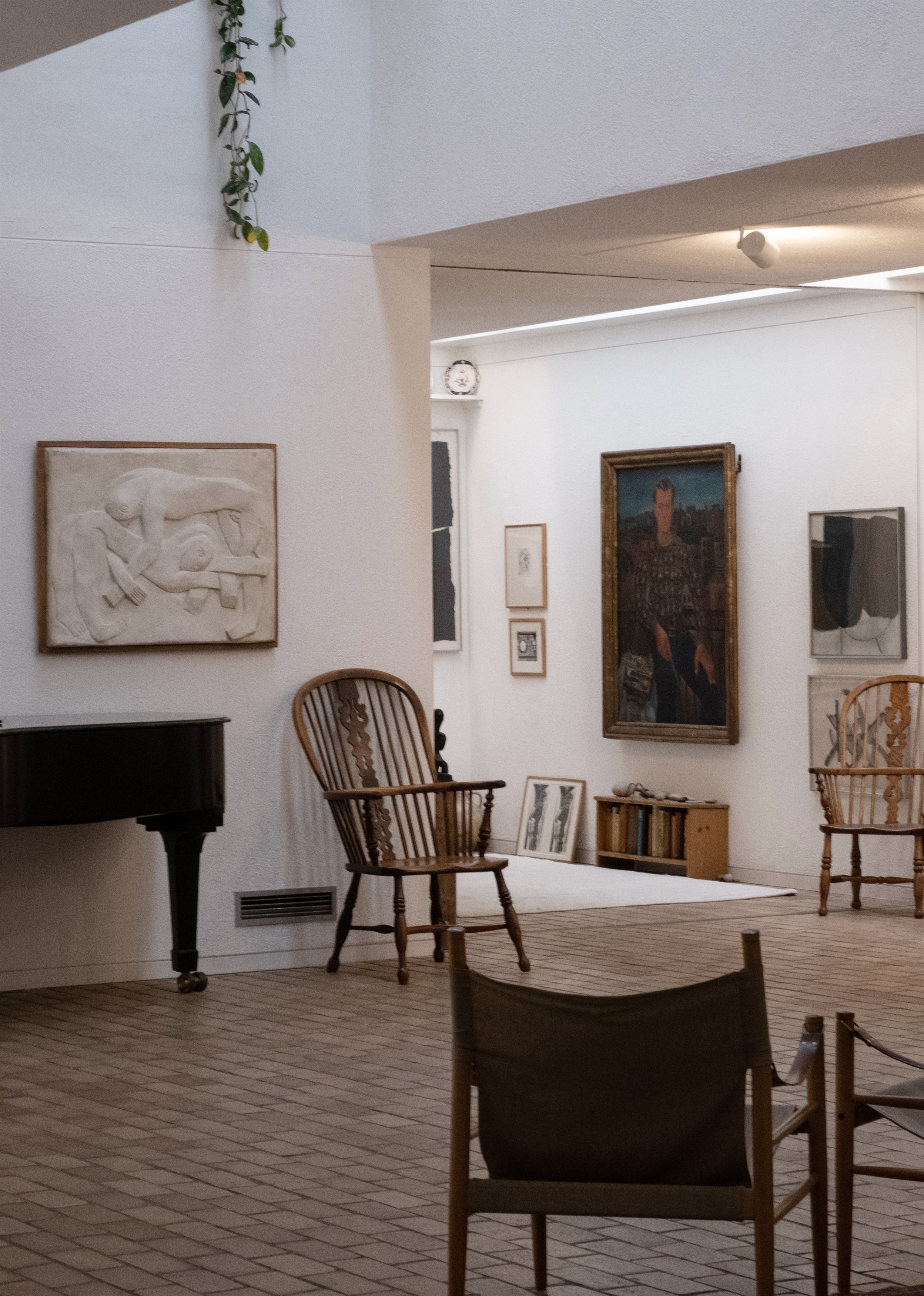