Controversial Letters From A Remarkable Archive Go Under The Hammer

A letter from the Nazi high command discussing arrangements for the visit by Edward Duke of Windsor in October 1937 is going under the hammer in our timed auction of Books and Maps (ending Sunday 18 April).  The document signed on behalf of Adolf Hitler forms part of a remarkable archive related to Charles Eugène Bedaux (1886-1944) and his second wife Fern Bedaux, nee Lombard, (1892-1972).

They lived at Chateau de Cande - the castle near Tours where Edward, Duke of Windsor and Wallis Simpson married on June 3 1937.

Charles Bedaux, a French-American businessman had made his fortune developing and implementing theories on reducing waste and inefficiencies in the workplace (the so-called Bedaux System). He cultivated friendships with royalty and Nazi grandees alike. Fern was an American society hostess, a great beauty and considered one of the best dressed women in the world. Her portrait, painted in Art Deco style by Hungarian artist Maria De Kammerer in 1933, shows her in profile with her pet borzoi with the Chateau de Cande in the background. The portrait is included for sale with an estimate of £1,500-2,500. 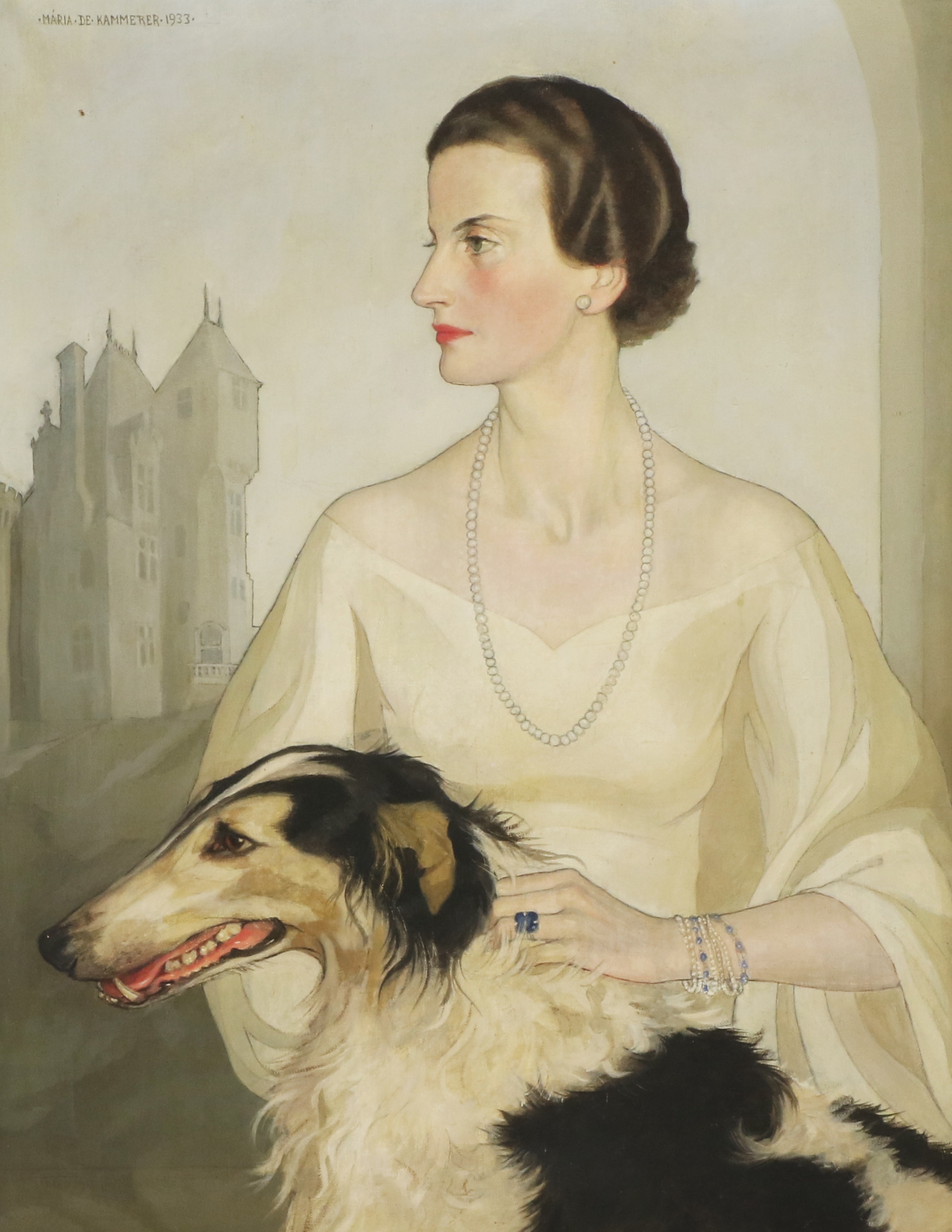 The couple purchased the chateau in 1927 and moved there in 1930 following its modernisation (it was among the first private residences in France to have a telephone). They had offered it to the Windsor’s as a suitable wedding venue and the couple stayed there as plans for a controversial ‘state’ visit to the Third Reich were put in place. The wedding and the visit to Germany are among the pencil notes in a pocket diary kept by Fern in 1937 that will also be offered for sale - together with eight unpublished photographs of Wallis and Fern on a balcony at the Chateau, a group including Edward, Charles and Fern on a balcony with others and one that appears to be a wedding day photograph of Edward and Wallace again on the balcony - with a guide of £200-300.

However, perhaps the most important document in the cache is a typed letter dated Sept. 7, 1937 on "Fuhrer und Kanzler Des Deutschen Reiches" headed paper. Signed by two ‘adjutants des Fuhrer’ it accompanies details of the royal itinerary including suggestions of visits to inspect and study workers’ housing and factory life (Edward’s declared aim on the trip was to research the social and economic conditions of the working classes). It reads: “I am sending you a rough draft of the suggested itinerary. The program is very extensive and can of course be changed. Please discuss it with His Royal Highness and tell me which points he considers most important.” During the visit, made against the advice of the British government, the Duke and Duchess dined with infamous members of the Nazi party and met Hitler at his Berghof retreat. The letter, offered with additional documents and newspaper cuttings related to the visit, is expected to achieve £300-500.

The Windsor’s tour of Germany was intended to have been followed by one of the United States, but this next stage of the trip was cancelled - not least because Bedaux’s ideas (that came to be associated with the Nazi party) were highly unpopular with the American labour movement. A letter in the archive dated November 9, 1937 and penned from Edward at the Hotel Meurice, Paris to Charles Bedaux informs him of the decision to cancel. Partly written in Edward’s hand - he writes “Dear Charles” and “Yours sincerely Edward” in ink - the letter reads “Thank you again for all the trouble you took to organise the tour which unknown and malicious hands have forced us to abandon”.

In January 1943 while in Algeria allegedly supervising the construction of a German pipeline, he was arrested by American troops. Kept in custody for a year, Bedaux was in Miami awaiting charges of trading with the enemy and treason when he committed suicide. After her husband’s death, Fern maintained a friendship with the Windsor’s. She occasionally lived in the chateau but spent much of her time at The Ritz in Paris and Claridge’s in London until her death in 1972.

The seller inherited the archive from Elizabeth ‘Betty’ Hanley, Fern Bedaux’s niece. Like her aunt, she was born in Grand Rapids, Michigan but had been educated in Germany and Austria. When war broke out she was placed in charge of the Chateau de Cande, living there while her aunt and her sister lived in the Ritz hotel in Paris. She inherited from Fern the contents of the chateau (the property itself was bequeathed to the state) including her wardrobe, elements of which are now in the V&A and the Louvre.