A section of wood taken from the mango tree where Henry Morton Stanley met Scottish explorer and missionary Dr David Livingstone in the town of Ujiji on the shores of Lake Tanganyika in 1871 comes to sale in our Fine Interiors auction on September 14-15.

The memento, a witness to a famous moment in the history of the British Empire, is expected to make £800-1200.

Dr David Livingstone (1813-73) had completely lost contact with the outside world for six years when Henry Morton Stanley (1841-1904) was sent to Africa to find him by the New York Herald newspaper in 1869.

He found Livingstone in the town of Ujiji on the shores of Lake Tanganyika on November 10, 1871, supposedly greeting him under a mango tree with the words “Dr Livingstone, I presume?” The phrase, memorable for its perceived humour and formal tone, first appeared in a New York Herald editorial dated August 10, 1872 and quickly entered British Lexicon. 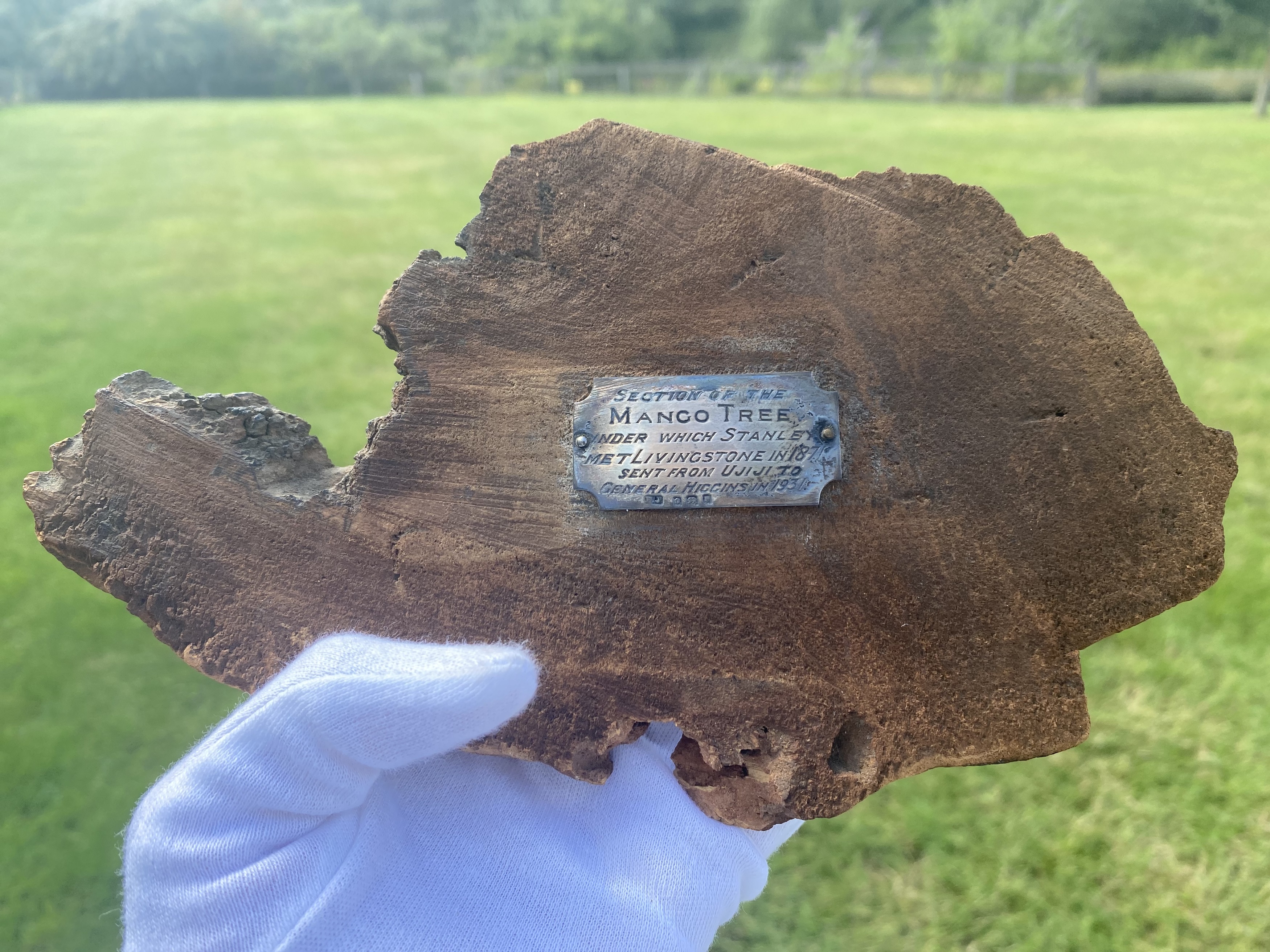 Despite Stanley's urgings, Livingstone, obsessed with learning the sources of the Nile river and continuing his missionary work, was determined not to leave Africa despite his failing health. He became a popular British hero of the late Victorian era, achieving almost mythical status as a Protestant missionary martyr, anti-slavery crusader and key figure in British commercial and colonial expansion - the very attributes that make his legacy far more complex today. His imperialist motto, inscribed on his statue at Victoria Falls, was ‘Christianity, Commerce and Civilisation’.

During the early 20th century a series of more makeshift memorials had been erected at Ujiji to commemorate the meeting of Stanley and Livingstone. After the British took over the Tanganyika Territory in 1919, grafts were taken from the mango tree (which was no longer bearing fruit) and successfully replanted close by. The old tree was finally cut down in 1930 and sections of its trunk saved for posterity - one piece placed in the museum of the Royal Geographical Society.

The piece at Sworders, measuring 21cm high by 23cm wide, has a simple silver plaque engraved with the inscription Section of the Mango Tree under which Stanley met Livingstone in 1871 sent from Ujiji To General Higgins in 1931. It comes for sale from a family who acquired the wood from the Old Salvation Army building in Holborn during refurbishment in the mid-1970s, when some of the Museum Collection was sold.