Dragons from the Tang

The Tang dynasty (618-907), centred around its capital at Chang'an (today’s Xi'an) represents a high point of Chinese civilisation - a golden age of literature and art and a period of startling innovation.

The Tang dynasty (618-907), centred around its capital at Chang'an (today’s Xi'an) represents a high point of Chinese civilisation - a golden age of literature and art and a period of startling innovation. Gunpowder, the woodblock print, Buddhism and the Silk Road were all achievements of the Tang.

This period is also celebrated for its ceramics - the era of the first porcelains and fine white earthenwares.

A 28cm high two-handled 'amphora' vase consigned to Sworders' Asian Art sale on November 7 has been in the family of the consignor for three generations. It is made in a compact white ware dipped in a finely crackled clear glaze. 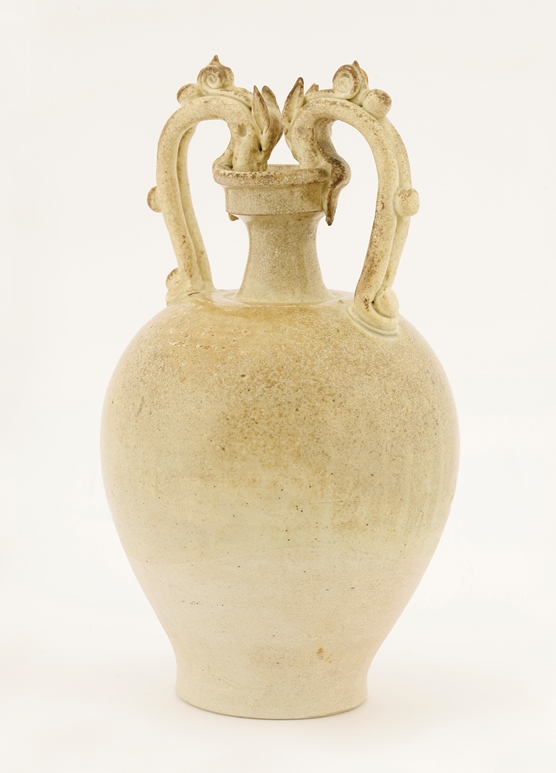 A lot of information is still being gathered on these wares but they are typically associated with two Tang and Song dynasty pottery-making sites: the Xing kilns in southern Hebei province rediscovered by archaeologists in the 1980s, and the closely linked Gongxian kilns about 350 miles south in Henan.

The form of this vase, applied with a pair of arching curly-horned dragons, is well-known. Similar pieces (both white and sancai versions) survive in many institutional collections.

The collector-emperor Yongzheng (1723-35) was such an admirer of the ancient form that he ordered celadon glazed porcelain examples to be made at the imperial kilns at Jingdezhen. One such illustrious piece was offered for sale in Hong Kong earlier this year where bidding reached close to £13m.

Remarkably, this Tang original, some 1000 years older, is a more affordable proposition. It carries an estimate of £2000-3000.