Dramatic Blackshaw Up For Auction

A dramatic equestrian oil by Basil Blackshaw, thought to depict show jumper Paul Darragh in full flight, comes for sale in Stansted Mountfitchet, Essex next month. The 50 x 60cm signed oil on board signed by one of Ireland’s most celebrated horse painters is expected to bring £7000-10,000 at Sworders on April 30.

As the son of a trainer who rode from an early age, Blacksaw (1932-2016) had an intimate knowledge of horses, and he returned to the subject time and again throughout his career. 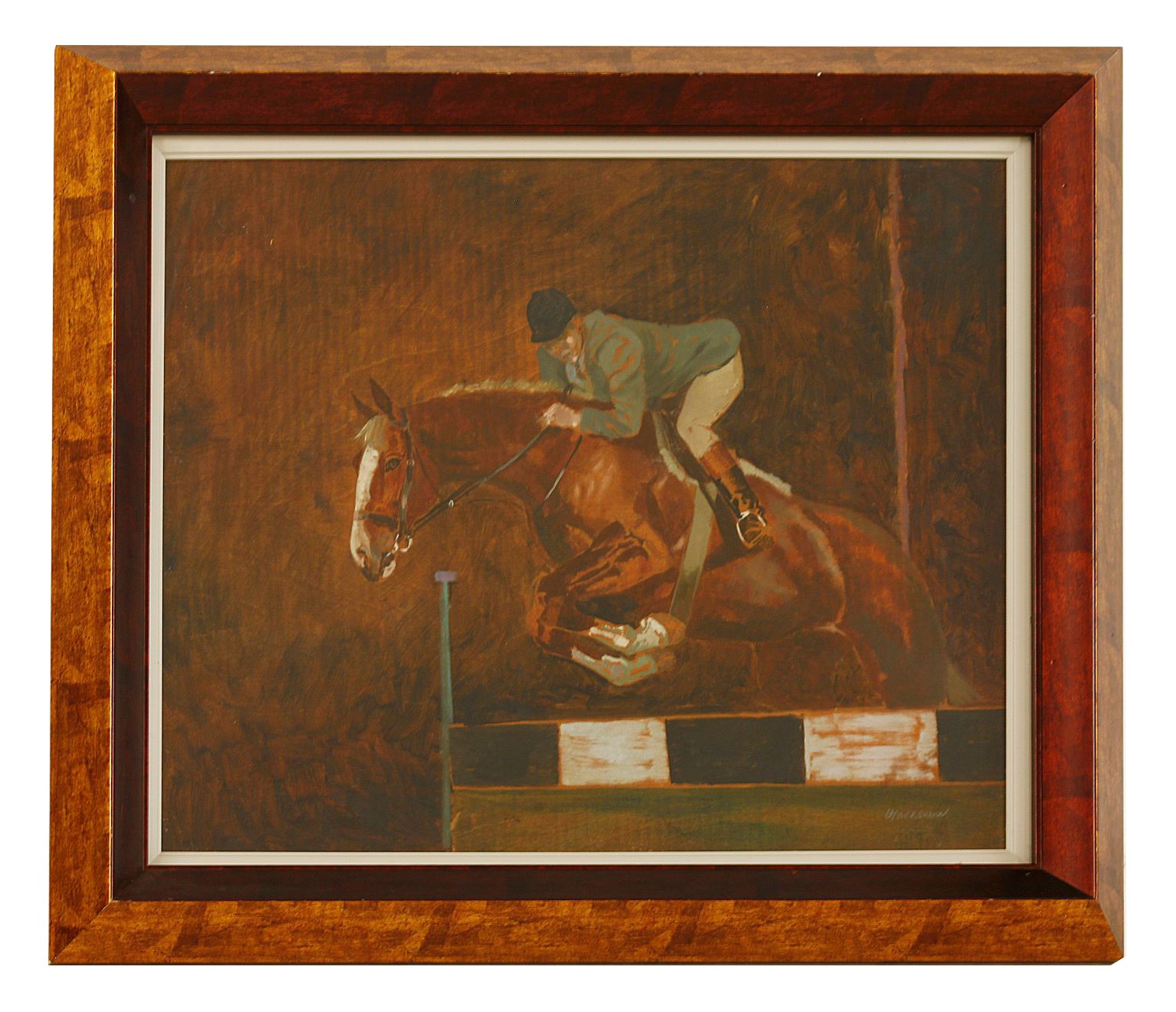 In this picture he captures the moment of clearing a fence, the chestnut horse taking to the air, rider braced forward over its neck. The subject is thought to be the show jumper Paul Darragh (1953-2005). Darragh was on the winning team in the Aga Khan three years in a row from 1977 to 1979 riding the mare Heather Honey.

Confidently worked with the paint thinly and deftly applied and the raw board showing through in places, it was quite probably a commission completed in the 1970s. Eamonn Mallie, Basil Blackshaw's biographer, has assisted in the cataloguing of the lot.

The popularity of Blackshaw’s work at auction has increased in recent years (pictures have made over £100,000) marking him among Ireland’s most celebrated artists of the last century.