As we prepare for our next Fine Interiors sale, to be held 29 & 30 June, we invited Elizabeth Fitzsimmons, a third-generation art dealer specialising in portraiture from the 16th to 20th centuries, to share her personal favourites from the auction. Here, she introduces her highlights within the diverse range of pieces in the upcoming sale.

Elizabeth Fitzsimmons is a third-generation art dealer specialising in portraiture from the 16th to 20th centuries, with a focus on female portraiture. After studying History of Art at Warwick University with periods in Venice and Rome, and a stint at Philip Mould in London, Elizabeth launched her website www.elizabethfitzsimmons.com earlier this year.

As we prepare for our next Fine Interiors sale, to be held 29 & 30 June, we invited Elizabeth to share her personal favourites from the auction. Here, she introduces her highlights within the diverse range of pieces in the upcoming sale. 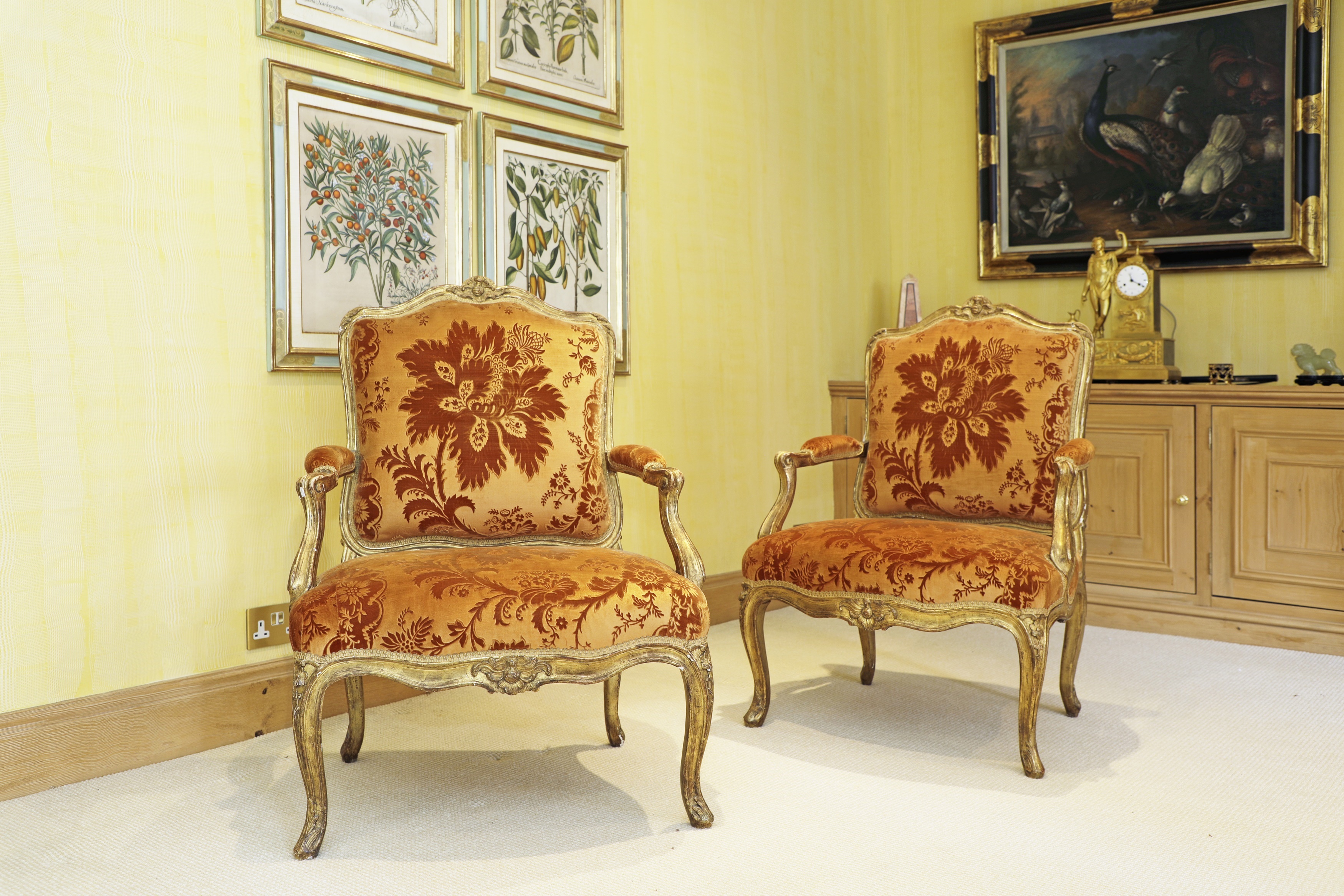 The overall appearance of these chairs is very elegant, but with their bold proportions they present a really nice mix between masculine and feminine. The rococo carving and decoration are also very refined and characteristic of Louis Cresson’s designs. I could definitely picture them in a dignified traditional interior scheme, but they could equally work as decoration piece in a minimalist setting, particularly with the bold orange velvet fabric. 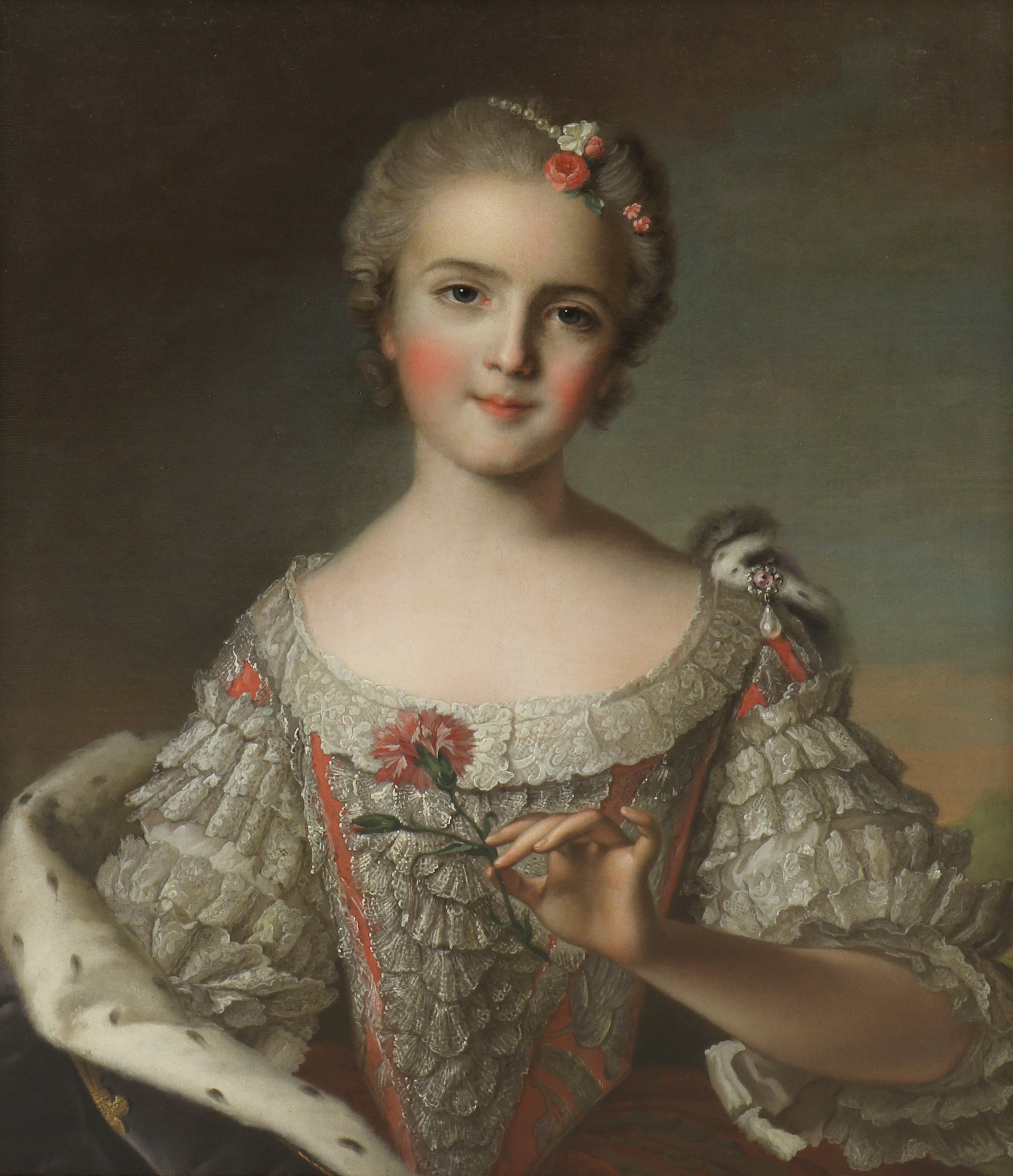 I find this work very charming. The sitter is the daughter of Louis XV, and is shown as a young lady gazing at the viewer with a direct gaze. The carnation flower she is delicately holding symbolises love and fertility and her clothes signify her aristocratic status, enriched by lace frills and ermine stole. The artist has beautifully depicted her innocence with a tone of femininity, with gentle touches of white, peach and pink throughout, such as the row of pearls and flowers in her hair, the ribbons laced through her dress, her pale complexion with rosy blushed cheeks, and even the frame’s slip. Overall, it is a wonderful depiction of a young aristocratic young lady and a lovely example of French female portraiture.

Portrait of a sculptress, bust length, working on a classical bust

This piece provokes an interest in research given that the subject is not commonly depicted in art. It demonstrates changing perceptions in the 18th century art scene when women were given greater access to education and is graceful depiction of the sitter in the process of carving a classical bust. Although there are little clues as to the scene’s location, Bolonga was known to be a particularly liberal area of Italy since the 15th century, allowing female artists more opportunities. The chosen work – a classical bust – also demonstrates that she is well educated and culturally wise. Finally, the technique used by the artist makes this a very accomplished work. I really like the thick brush strokes and intricacies in the sitter’s features, the glazed loose brushwork for the veil, the blush of the sitter’s cheeks reproduced in the ribbon and dress, and the use of light and shadow highlighting her face and the bust.

A Northern European green-lacquered and japanned cabinet on stand 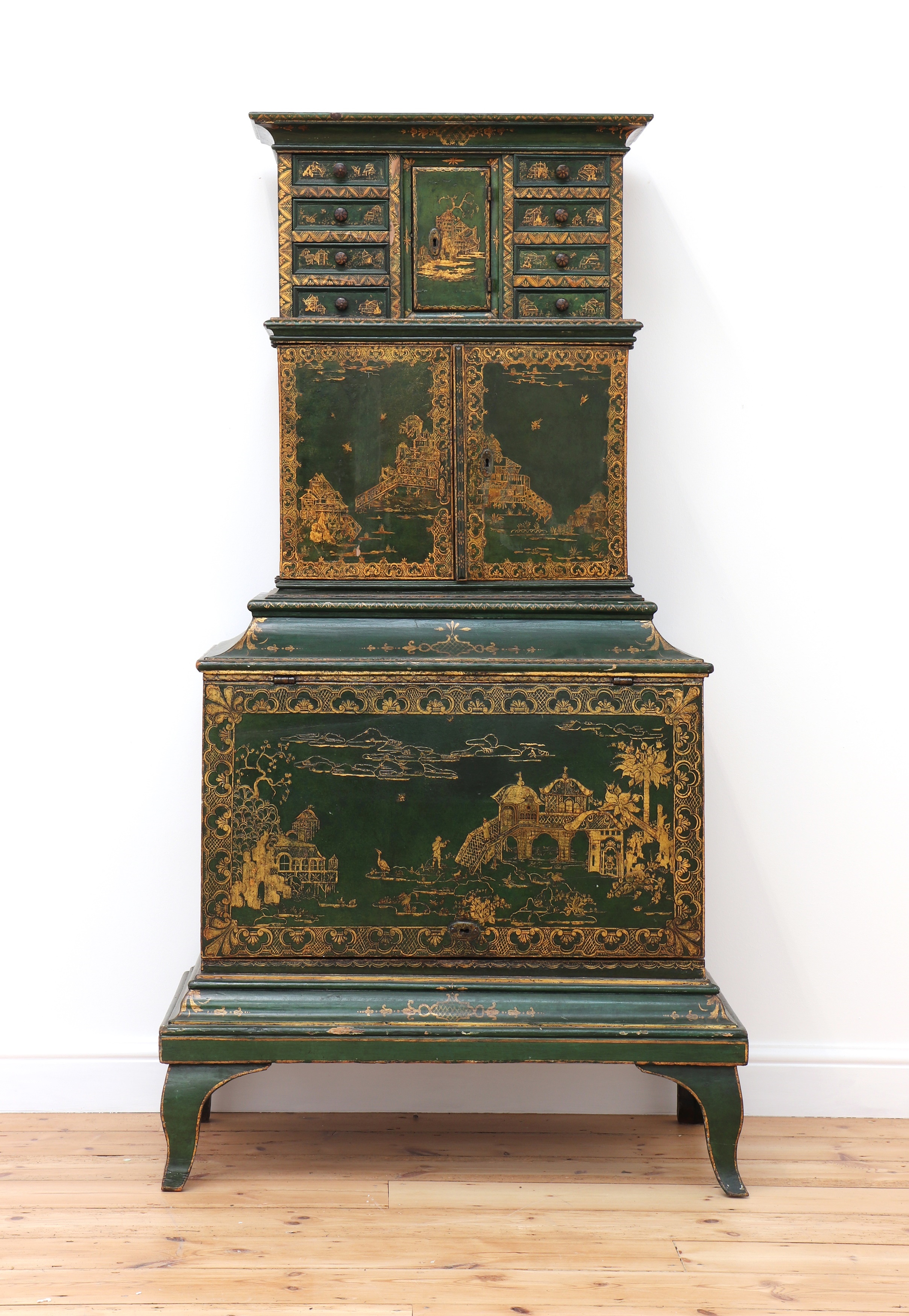 This is a fine cabinet and a great example of European lacquer work, very much in the tradition of western makers who were influenced by the decorative arts of the Far East. The delicate gilt chinoiserie scenes with mountainous landscapes, figures and animals would benefit from quite a simple dressing, with some textiles nonchalantly draped around it or placed in front of a 17th-century Flemish tapestry. It is such a strong piece and a work of art in itself that it would equally look good effortlessly placed in a minimalist interior. The cabinet’s provenance as being from the collection of Georgina ‘Min’ Hogg, the Founding Editor of The World of Interiors, makes this piece truly unique and I would have loved to see how she displayed it. 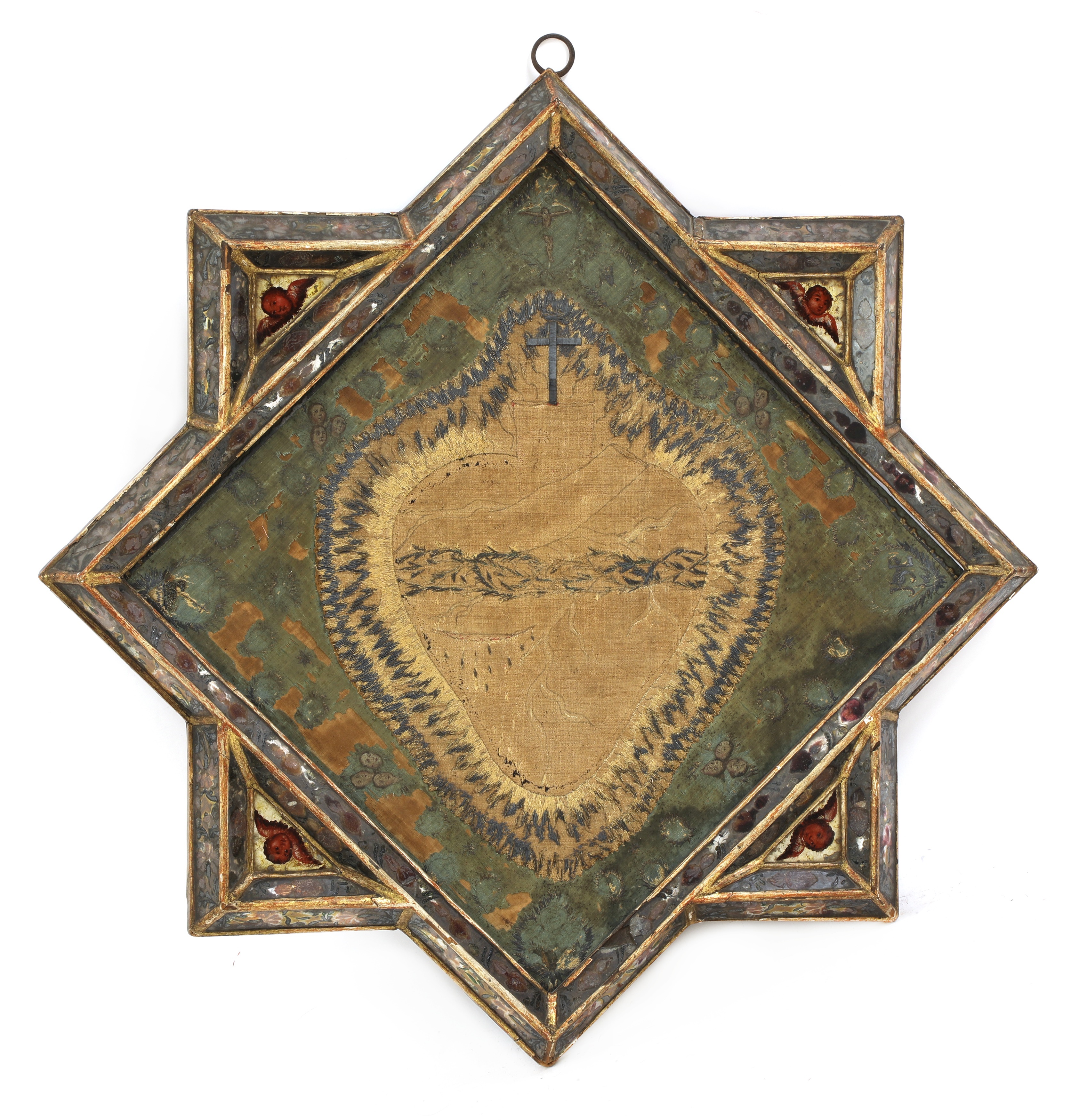 Devotional emblems can be really diverse, but I like how this is both an iconographic symbol and a really decorative piece. It is formed of an embroidered textile piece portraying the sacred heart which has a delicately worn appearance, within a Venetian frame with painted putti in deep greens and gilt, the latter of which was very important in Venetian religious iconography. The unfinished quality gives it an overall delicateness and simplicity that I think would work really well as a decorative piece in an interior scheme.

You can learn all about Elizabeth's work by following her on Instagram @elizabeth.fitzsimmons or visiting her website www.elizabethfitzsimmons.com