Epic Game of Thrones Needlework Up For Auction

A unique, monumental needlework embroidery depicting a defining scene from HBO’s fantasy epic Game of Thrones is to go under the hammer at Sworders Fine Art Auctioneers in February.

The unique souvenir, commissioned by HBO’s UK representatives to promote the hit show in 2016, took more than 30,000 man hours to make.

The larger-than-life needlework, known as the ‘Hardhome Embroidery’, was produced by members of the Embroiderers' Guild, the UK’s leading educational charity promoting embroidery, as a backdrop to the DVD and Blu-ray launch of the fifth Game of Thrones series. HBO’s final series comes out in April this year. 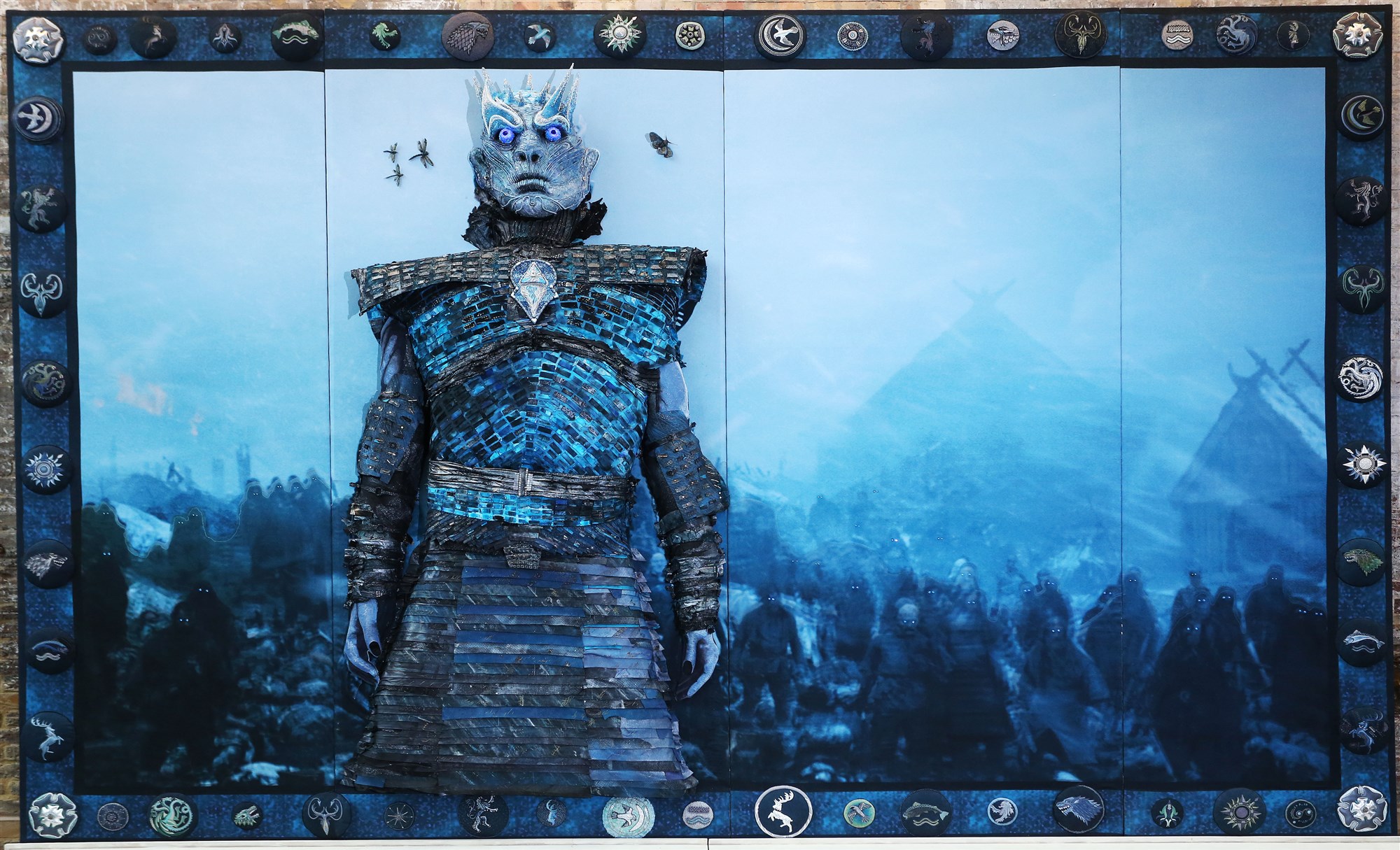 The scene, chosen by HBO for this amazing piece of textile art, was the battle between the White Walker army and the people of the Wildling town of Hardhome. The Night King with his eyes illuminated by LED lights is the central figure. Michele Carragher, the principal embroiderer for Game of Thrones costumes, created the four insects - a moth and three dragonflies. The border includes the crests of the houses of Stark, Arryn, Targaryen, Martell, Tully, Baratheon, Greyjog, Tyrell and Lannister - all familiar motifs to fans of the show.

The textile demanded the input of more than 140 people and displays a wide variety of traditional and cutting-edge needlework techniques across its 5.5 by 3.3m expanse, including appliqué, beading, digital printing, machine embroidery, metal thread work, quilting as well as surface stitching. It was completed and presented to HBO Home Entertainment within a matter of months on March 16, 2016.

Anthea Godfrey, Artistic Director at the Embroiderers’ Guild recalls: "We had a tight timescale. The atmosphere was electric throughout the night of the final assembly that finished just in time for a press call at 6am. It was a very special moment when the eyes first lit up and stared at the audience." 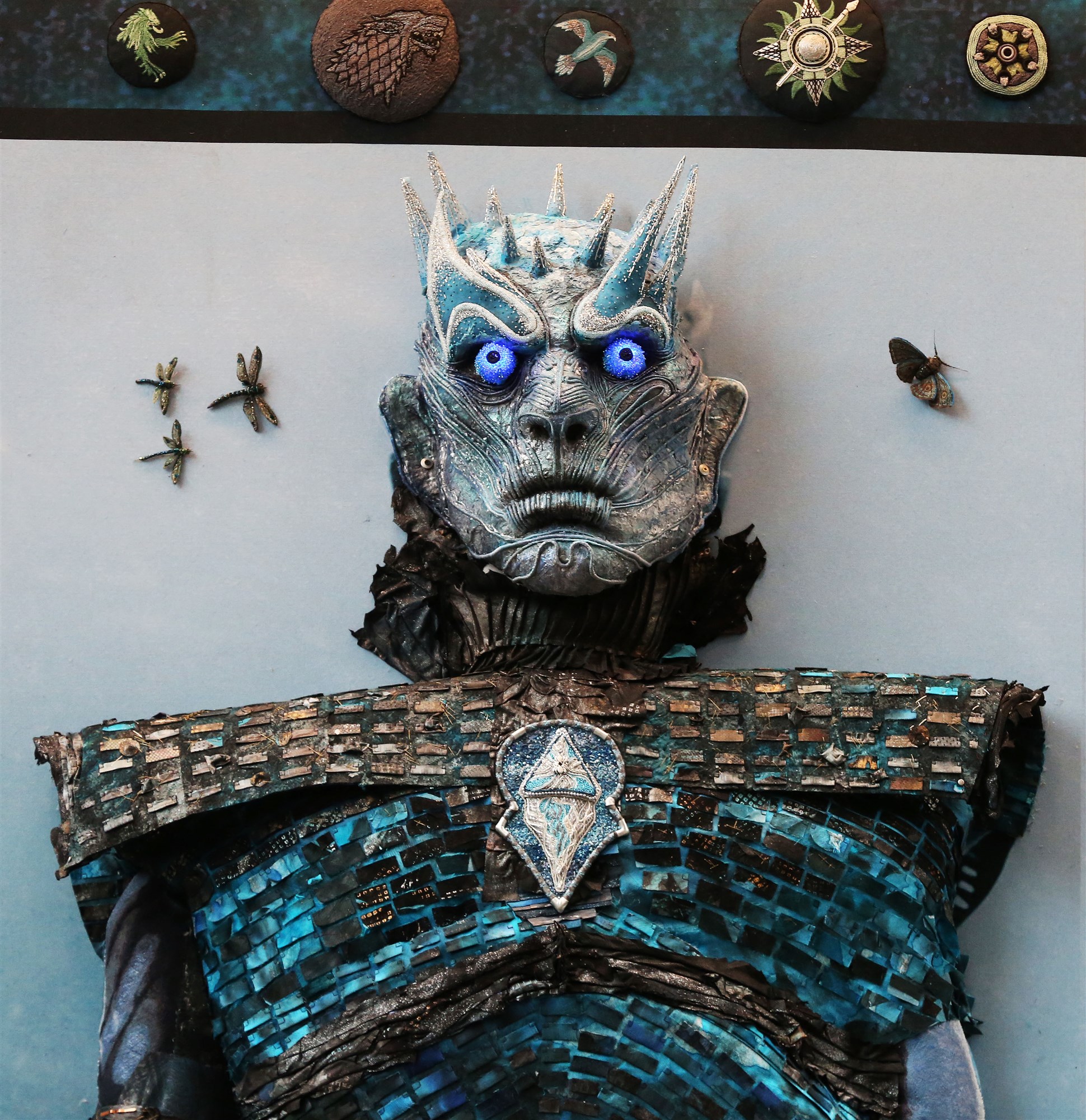 The Guild has made the difficult decision to part ways with the extraordinary project in the hope that it raises much needed funds for the charity. "It is with very mixed feelings that we have put the needlework up for auction but, for certain, it needs to go to a good home” says Anthea. “We are positive that the new owner will feel the vibe!". The estimate is pitched at £5,000-8,000.

The consignment forms part of Sworders' second Out of The Ordinary sale that brings together an eclectic mix of art, antiques, design and collectables with a wow factor. The February 12 sale is again being curated by specialist Mark Wilkinson who joined Sworders after three decades working at Bonhams and Christie’s.

For more information about the forthcoming sale, please contact: markwilkinson@sworder.co.uk or call 01279 817778