The allure of Provence has long been an inspiration for artists and writers looking to enjoy its relaxed atmosphere and slower pace of life. Fortunately, our upcoming Fine Interiors auction is well-supplied with beautiful pieces that encapsulate this style and can inject a little Provencal magic into the home, wherever that may be.

The fascination this area held for Van Gogh, Matisse, and Cezanne is understandable, with its beautiful light and cheerful – yet not overbearing – spattering of colour (hues of orange, green, yellow, and violet abound in the area’s vernacular buildings and natural landscape). This distinctive character is reflected in its houses and interiors, from relaxed and comfortable farmhouses to magnificent châteaux.

As popular in glossy interiors magazines as it is with the home decorator, the French country style is a universal favourite due to the ease at which it is to emulate or borrow from. Just as chic as but less ostentatious than its Parisian cousin – it is lighter and more refined – the style still favours lots of furniture, art and decorative objects (see lots 2 and 10) but it is more forgiving. Collections can be eclectic and mismatched with gentle traces of wear that add to an overall charm and rusticity (lots 3, 11, 182 and 408).

Exposed stone and plaster walls are offset with lots of pale wood (lots 7 and 8) and touches of soft blues, greens and yellows (lots 1, 179 and 408). 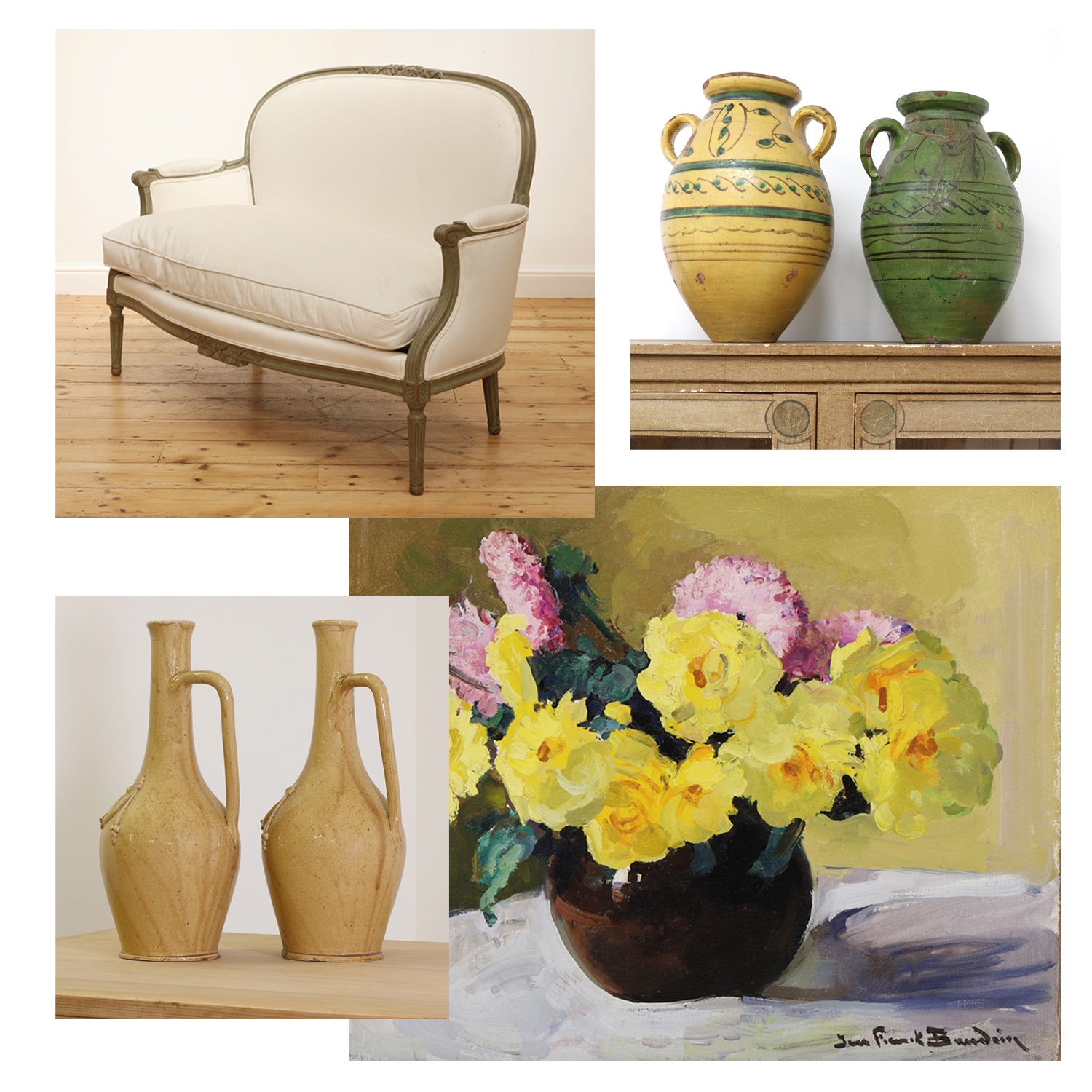 Interiors are also led by the French lifestyle and as a result, there is a focus on enjoyment, with large dining setups that can accommodate long leisurely lunches en famille (lunch is treated with the highest importance and never rushed or postponed) (see lots 218, 285, 286).

These pieces will be included in our next Fine Interiors auction, to be held on Tuesday 14 and Wednesday 15 September. The sale includes close to 740 lots of furniture, paintings, silver and works of art, with estimates ranging from £100 to £10,000.