Exterminate! Exterminate! An original Dalek that appeared in three episodes of Doctor Who comes to Sworders for sale in the spring. 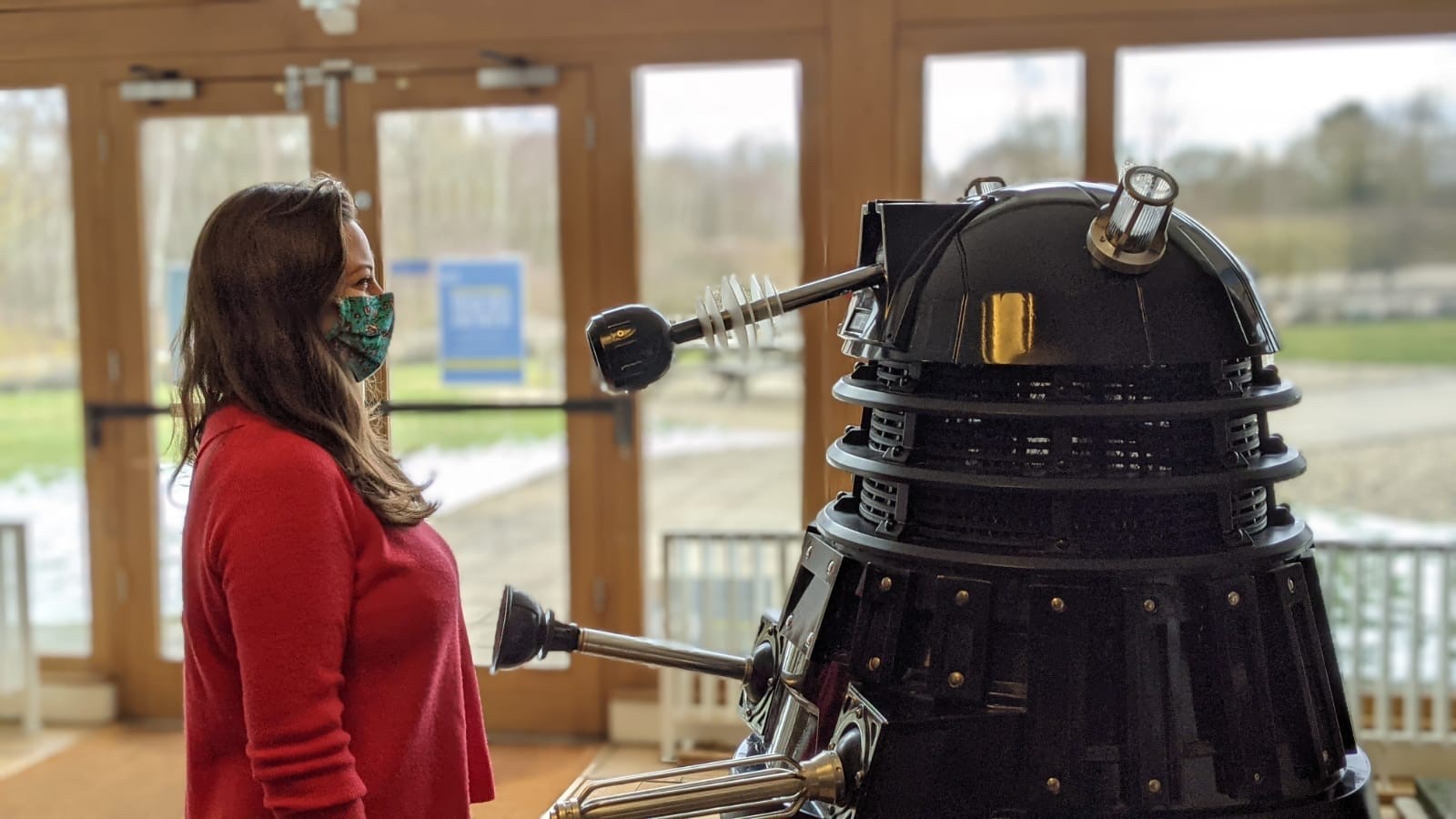 An original Dalek that appeared in three episodes of Doctor Who comes to Sworders for sale in the spring.

This Dalek was originally made for charity display use but later appeared in three episodes of the BBC series - alongside Matt Smith in the Asylum Of The Daleks in 2012 and Peter Capaldi in The Magician's Apprentice and The Witch's Familiar (2015). It was also used in the Cardiff Bay segment of the 2017 Comic Relief special.

This isn't just any Dalek. It has a name - Dalek Sec, head of the Cult of Skaro. These were an elite band of four Daleks that first appeared in the Army of Ghosts episode, which was the penultimate episode of season 2.

These Daleks all had a unique marking underneath the eye stalk which matches the one consigned to us. Only a small number of black Daleks have appeared in the history of Dr Who.

Standing at 1.6m high, it is made to ‘new series’ specifications - principally of wood with fiberglass, metal, and plastic elements. Moving on 4in (10cm) trolley wheels, inside is a foam-padded bench seat for the comfort of the operator and two speakers for sound. The current owner, who purchased it four years ago, has fitted it with a motor so it can be driven around. Just don’t try chasing the Doctor down stairs.

The rare prop is expected to fetch more than £15,000 in the forthcoming Out Of the Ordinary sale on April 13.

Click here to sign up to email newsletters for the sale to be the first to know when bidding opens!