Two rare film props from Gerry Anderson’s ‘The Investigator’ are to go under the hammer at Sworders Fine Art Auctioneers in Stansted Mountfitchet next month.

Thunderbirds creator Gerry Anderson released the pilot for ‘The Investigator’ in 1973. It had been shot on location in Malta. Unfortunately it was one of those projects that seemed doomed to failure right from the start and was ultimately abandoned.

The one-sixth size eight wheel car and speedboat, both featured in the pilot, have been on display at the Toy Museum at Stansted Mountfitchet for a number of years.

The models were designed by Reg Hill who created many of the props for Gerry Anderson’s other hits like Stingray and Captain Scarlet, and made by Space Models of Feltham in 1973. The car is fitted with a Honda engine and radio-controlled.  The boat has a swivel cannon fitted in the bow and was originally towed for the action sequences. 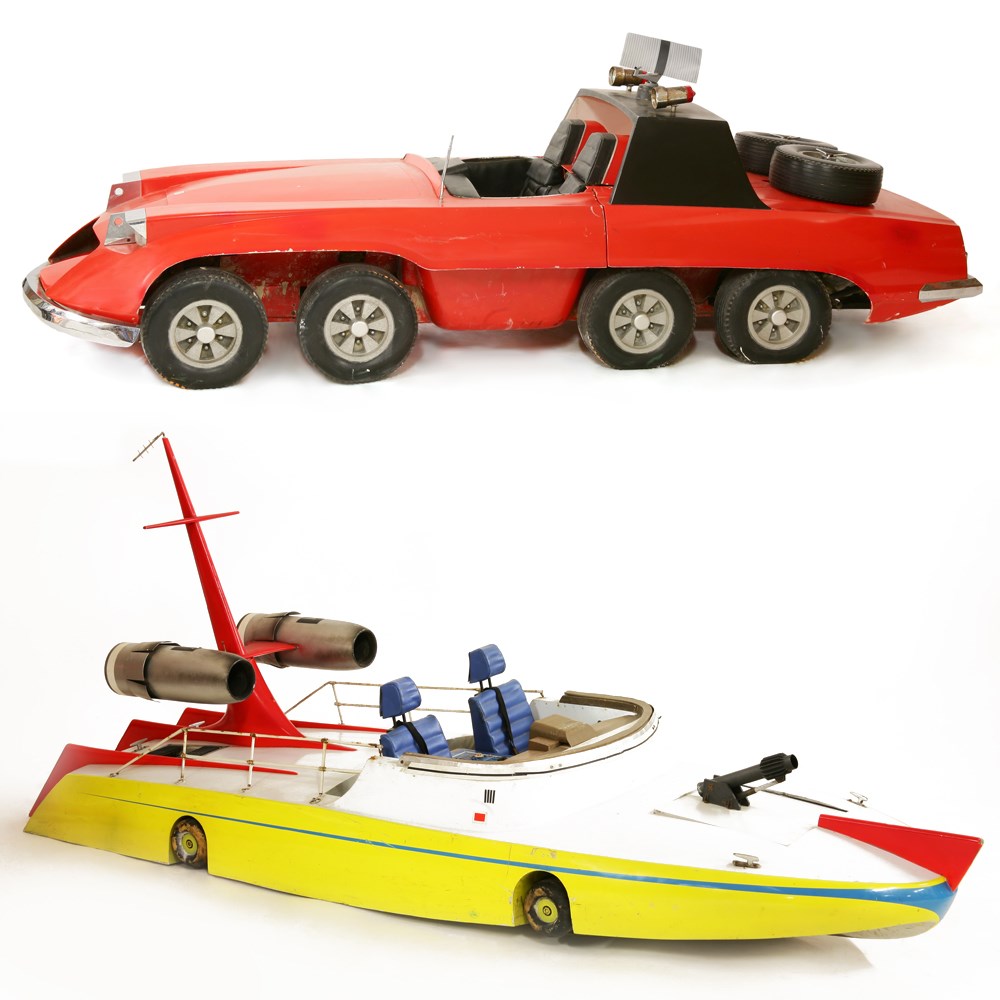 Combining live actors with 1/3 normal-size puppets, the plot involved two characters John and Julie - their mission to make the world a better place. Their first mission was to stop the evil Karanti from stealing precious objects from a church.

The characters were voiced by Shane Rimmer and Sylvia Anderson, the voices of Scott Tracey and Lady Penelope from the Thunderbird series. Peter Dyneley who voiced Jeff Tracy read the part of ‘The Investigator'.

A fully illustrated catalogue will soon be available to view online.