A collection of ‘scrimshaw’ walking canes assembled by a local gentleman, sold for a total of £34,000 at Sworders on March 12. Marine ivory and baleen canes such as this, typically worked by American and European sailors for loved ones or to be sold to natural history-curious Victorians in the port cities, have long been popular, particularly in the UK and in North America. Many now appeal beyond the cane collecting community and into the folk art world.

While some ‘scrimshaw’ canes are relatively simple, the best examples reflected many hours of work: carving to the shaft with spiralling and crosshatching, tortoiseshell inlay and careful carving of a marine ivory pommel or handle. The most sophisticated example in this collection, sold in nineteen lots, had a Turk's knot pommel and a shaft with a series of carved octagonal and square sections, some inlaid with both tortoiseshell and white metal pieces. Estimated at £5000-6000, the hammer price was £7000. 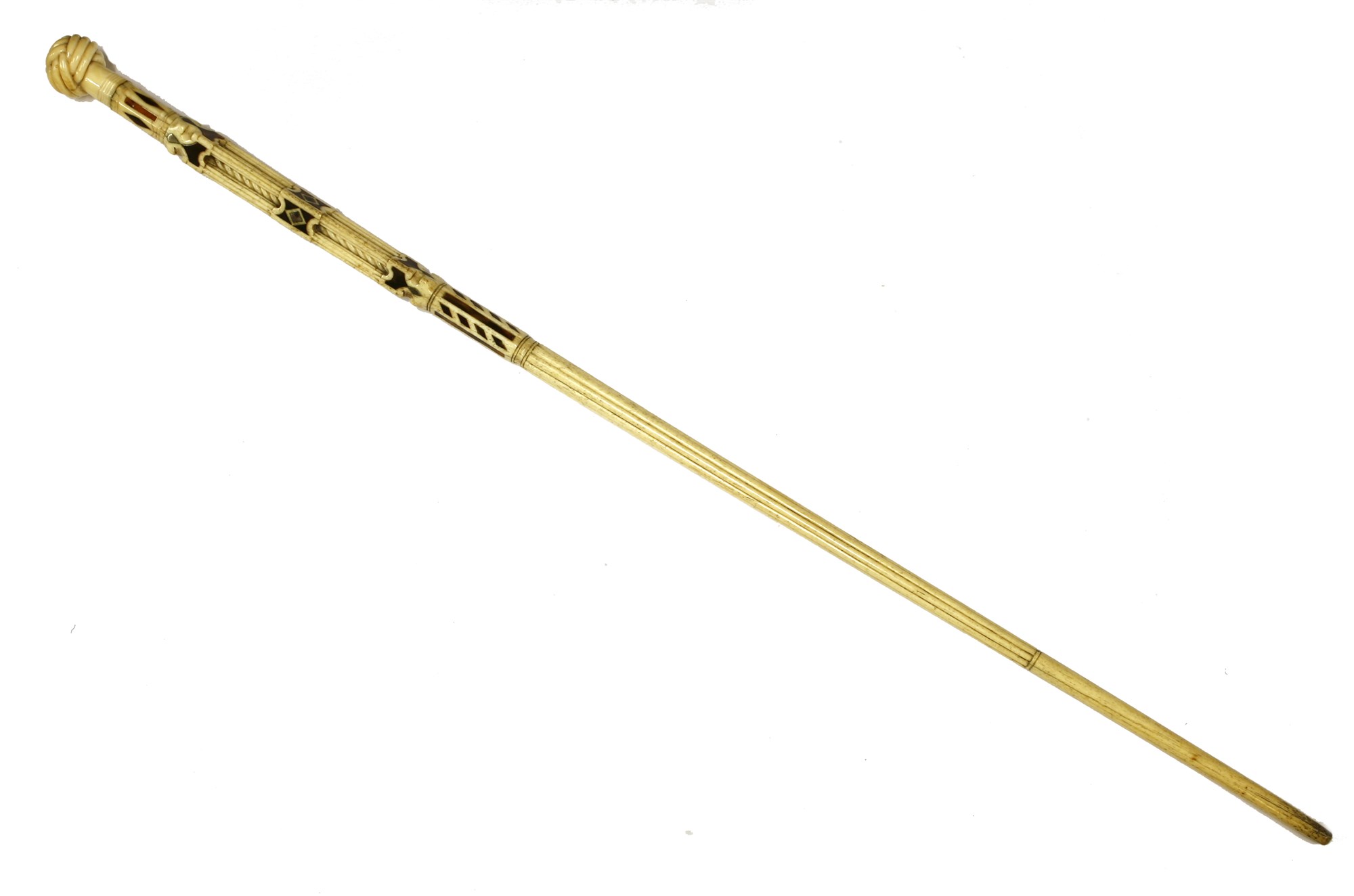 A similar cane with a Turk's head knot over a baleen disc above fluted, cross-hatched and spiral turned sections sold for £1100 while another with coloured line inlay, a spiral turned shaft with baleen stringing and a silver plaque engraved with crowned H took £2000. The canes formed part of Day One of Sworders’ two-day sale of Fine Interiors.